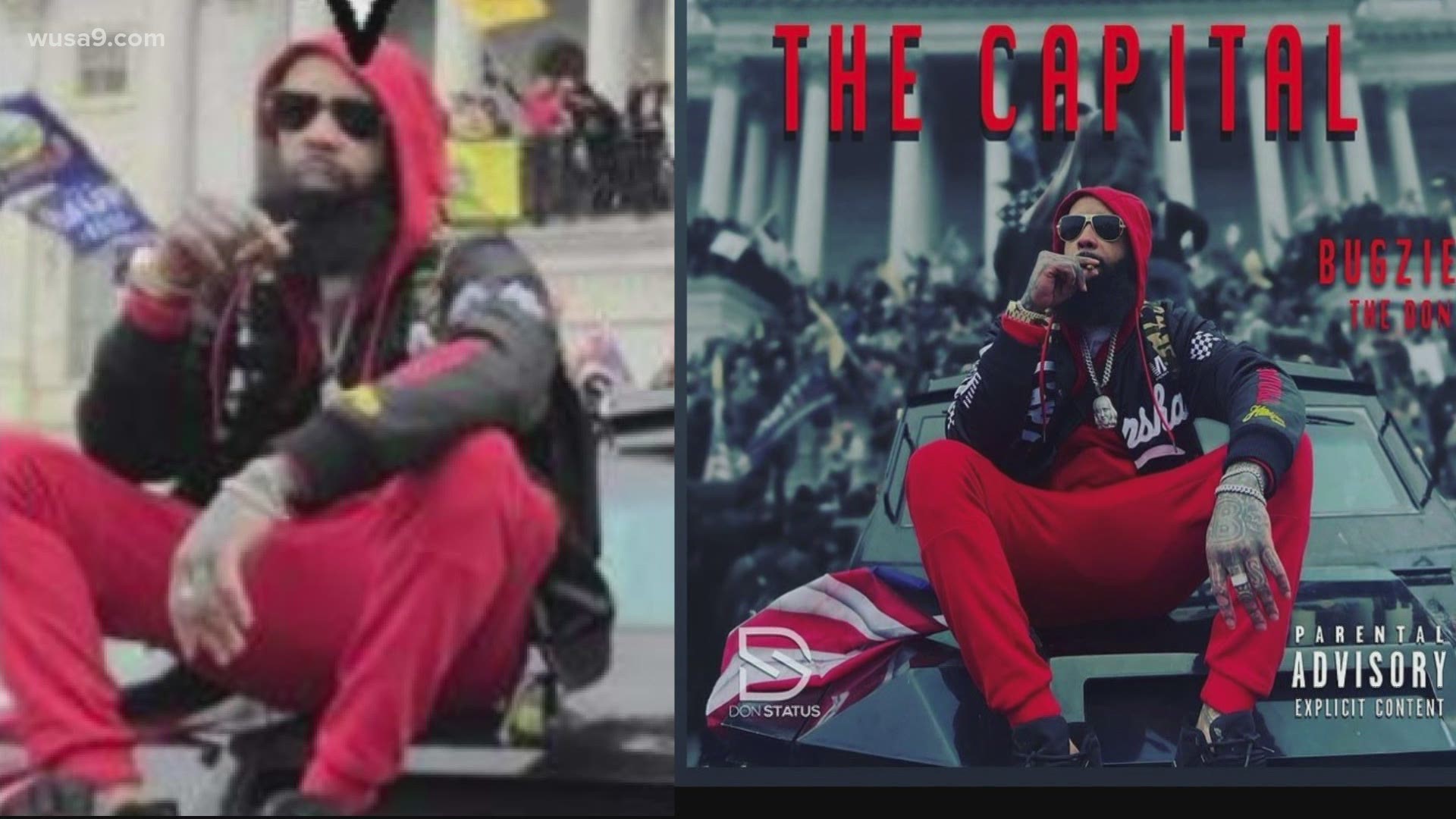 WASHINGTON — A rapper from Richmond, Virginia, allegedly used a photo of himself participating in the Capitol riot on January 6 to promote his new album, the Department of Justice says.

Antionne DeShaun Brodnax, who performs under the stage name Bugzie the Don, is facing criminal charges for disorderly conduct and entering the U.S. Capitol building in January. Brodnax is not accused of any violence or theft during his roughly 40 minutes inside the building, according to court documents.

In an interview with investigators, Brodnax reportedly said he traveled to Washington, D.C., prior to January 6 to shoot a music video. The charging documents say Brodnax told investigators he “saw a rally of which many participants descended on the U.S. Capitol building” then followed the crowd to the Capitol “and entered the building after United States Capitol Police (USCP) moved the gates that blockaded the door.”

Credit: Department of Justice
Virginia rapper Bugzie the Don photographed during the Capitol riot on January 6, 2021.

Once inside, prosecutors say Brodnax “walked around and took pictures and videos” at one point allegedly asking another rioter to take a photo of him sitting on a statue in Statuary Hall. While still inside, court documents say Broadnax started getting messages on social media that he was seen in footage broadcast by CNN.

Brodnax is also accused of taking a photo sitting on top of a US Capitol Police SWAT vehicle parked outside the Capitol. On social media, it appears to be very similar to a photo he used as the cover art for his new rap album titled “The Capital,” which was released about two months after the Capitol Breach. The first track of the album, titled “The Capitol Skit,” references people telling Brodnax he was seen on TV inside the Capitol building.

“It wasn’t me though,” Brodnax says on the recording, although court documents allege Brodnax admitted to entering the Capitol building.

At the request of his attorney, Brodnax declined comment. Brodnax’s attorney has now filed a motion to block a government warrant to search Bugzie the Don’s Twitter and Facebook accounts for additional photos of Brodnax inside the Capitol building, claiming it is a violation of his constitutional rights.

Nothing in court documents indicate Broadnax supported President Donald Trump or was at the Capitol to attempt to stop the certification of the Electoral College vote for President Joe Biden.