Joshua James and Roberto Minuta are now the 11th and 12th Oath Keepers charged in a multi-state conspiracy case connected to the Capitol riot. 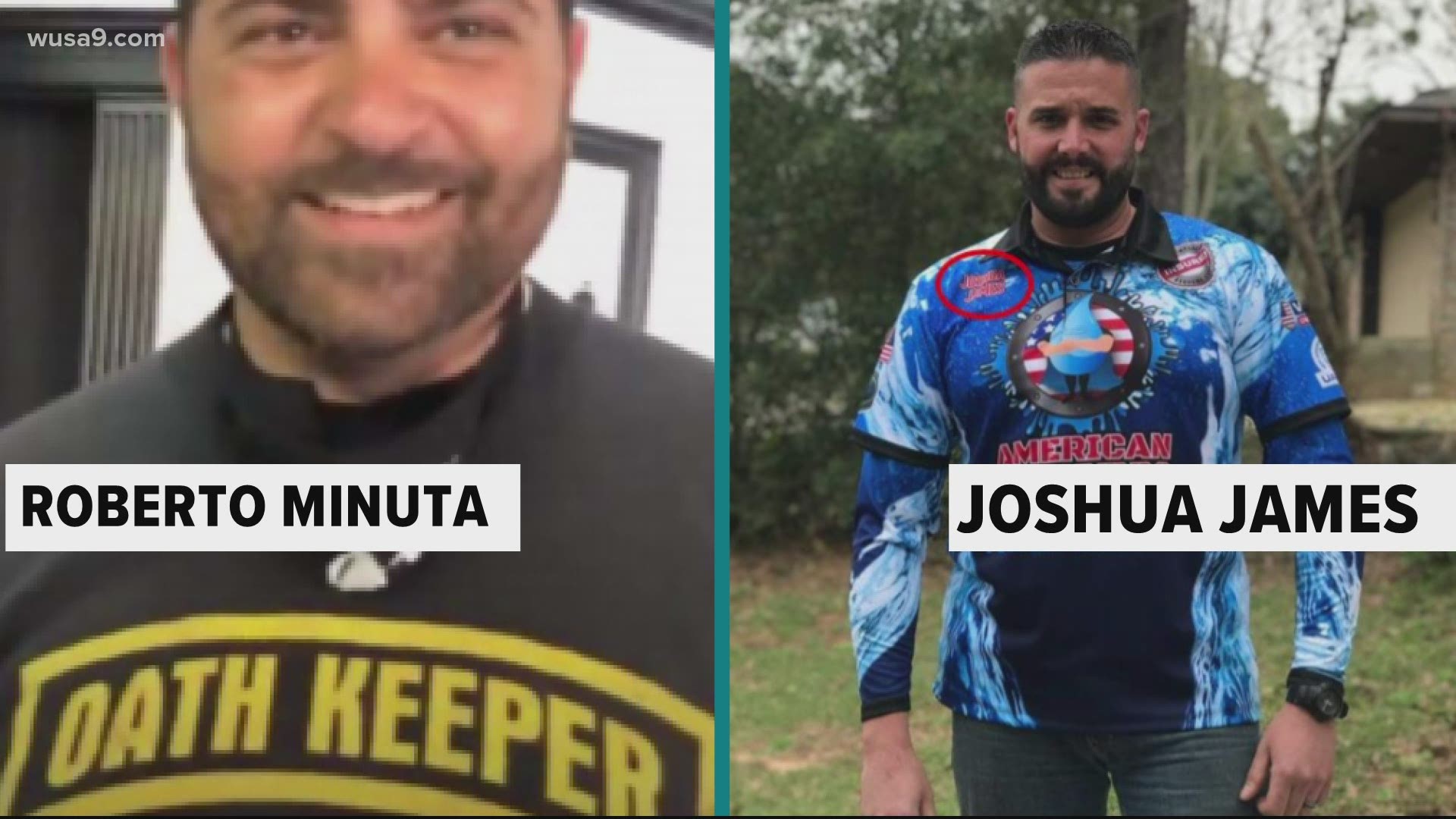 WASHINGTON — A multi-state conspiracy case against the Oath Keepers militia group continued growing this week as two more alleged members were added to an indictment stemming from the January 6 Capitol riot.

Joshua James, 33, of Arab, Alabama, and Roberto Minuta, 36, of Prosper, Texas, became the 11th and 12th Oath Keeper defendants in a case alleging the group conspired to disrupt the certification of Electoral College votes on January 6.

James and Minuta, who were charged earlier this month, were pictured as part of the security detail for Roger Stone, a longtime ally of former President Donald Trump, before they allegedly stormed the Capitol.

According to a statement from the Justice Department on Thursday, the pair responded to a call for individuals to head to the Capitol on January 6 after the building had already been breached by a pro-Trump mob.

Once they arrived, the DOJ says the pair “aggressively berated and taunted” law enforcement officers before forcibly entering the building through the east side Rotunda doors. At the time, the DOJ says, James and Minuta were wearing “military gear,” with Minuta additionally wearing hard-knuckle tactical gloves, ballistic goggles, a radio with an earpiece and carrying bear spray.

James and Minuta are now among a dozen Oath Keepers charged in an alleged conspiracy to recruit and train militia members to travel to D.C. for the purpose of disrupting the joint session of Congress on January 6. Their co-defendants include Ohio Oath Keepers leader Jessica Watkins, Florida Oath Keeper Kelly Meggs – who, the DOJ says, bragged about forming an “alliance” between militias and the Proud Boys – and Virginia Oath Keeper Thomas Caldwell.

If convicted, James and Minuta each face a maximum penalty of 20 years in prison.