DOJ: New images show Oath Keepers' weapons at Ballston hotel; was to be used on Jan. 6

4 new alleged Oath Keepers add to an evolving list the government says conspired during the insurrection at the U.S. Capitol on January 6. 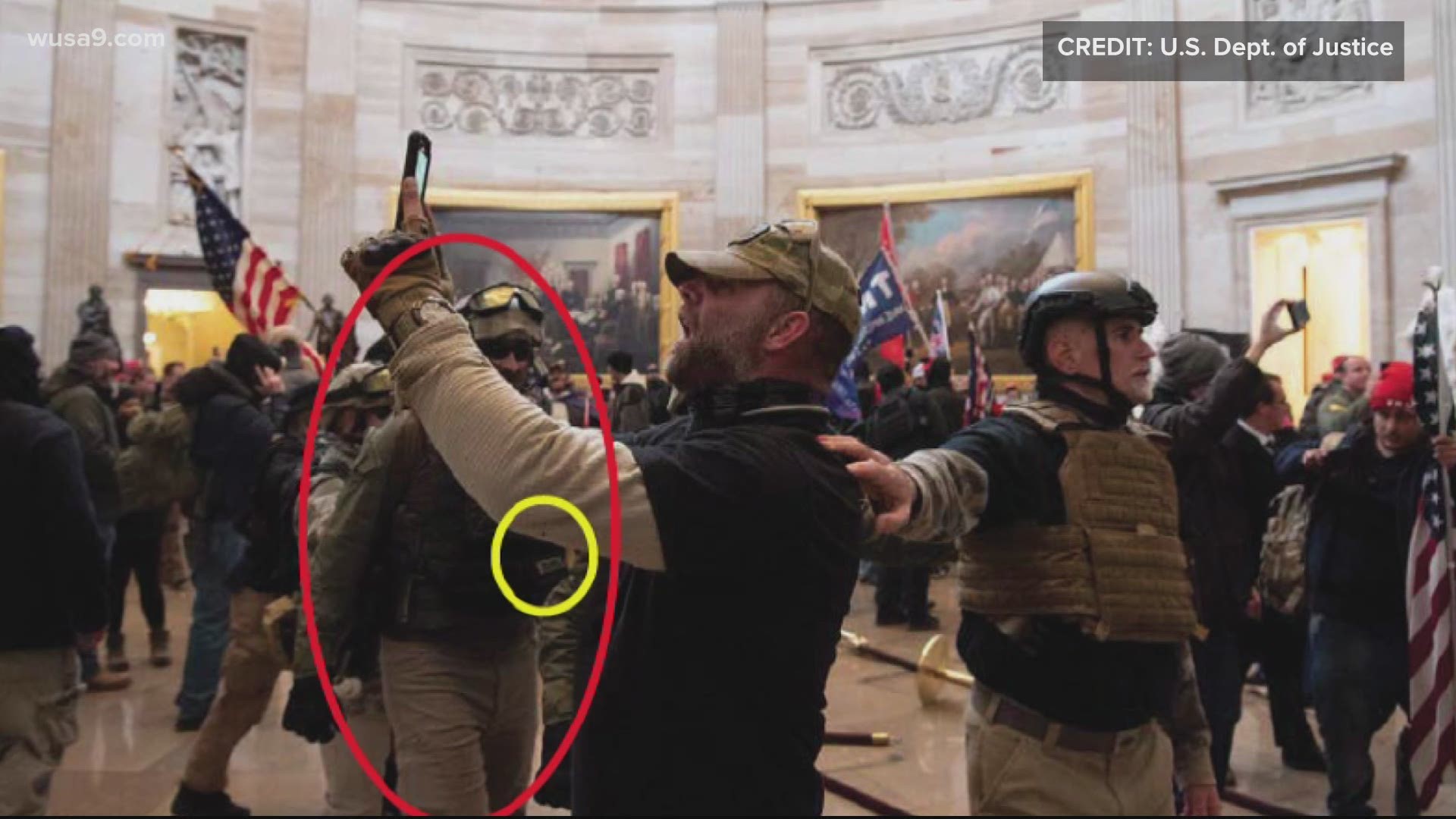 WASHINGTON — In court Tuesday, federal prosecutors said the United States government is up to 460 defendants charged for alleged crimes related to the events at the U.S. Capitol on January 6.

None of those cases may be more wide ranging or evolving than the investigation into the group known as the “Oath Keepers.”

Over the weekend, unsealed court documents revealed four new suspects were added to the case, bringing the total to 16 Oath Keepers now criminally charged by the government.

Some of those indicted include Army veteran Jessica Watkins, an Ohio bar owner accused of recruiting and training militia members for January 6, Florida Oath Keepers leader Kelly Meggs, and two men, Joshua James and Roberto Minuta, who served as part of a security detail for Roger Stone, the long-time confidante of former President Donald Trump.

US District Court Judge Amit Mehta, who is presiding over the Oath Keepers' cases, said he can’t remember ever having a case with 16 different defendants.

The Department of Justice said they may have to break the case up into two or even three different trials.

In newly filed court documents, prosecutors said images from surveillance video at a Comfort Inn in Ballston show where the government claims the Oath Keepers stored a “cache” of weapons for a QRF (Quick Reaction Force). That QRF would allegedly have responded to the Capitol with weapons if President Trump were to “declare an insurrection, and to call us up as the militia.”

The Department of Justice suggested this image shows an alleged Oath Keeper rolling a rifle case down a hallway.

Caldwell has sought to distance himself from his alleged co-conspirators because he claims he never actually went inside the U.S. Capitol.

Prosecutors contend the man they say is known as “Commander Tom” helped lead and coordinate the Oath Keepers actions that day.

RELATED: More than 60 violent extremist organizations are operating in the DMV

Prosecutors said in court Tuesday they’ve turned over a terabyte of evidence to defense attorneys.

The government has begun plea talks with Oath Keeper defendants, hoping the two sides can reach an agreement on guilty charges and prison time rather than moving forward with a trial for 16 defendants, something all sides agree would be a logistical nightmare.

The judge wants everyone to come back in a month or two to update him on those plea talks and whether they will be able to avoid that massive trial in this case.

Most of the alleged Oath Keepers have their own attorneys, which means coming to a consensus on the best way to move forward will not be easy.