Congressional staffers to Senate: Do what we can't and convict Trump

In an open letter Wednesday, 364 Congressional staff members called on the Senate to convict the former president of inciting the January 6 Capitol riot. 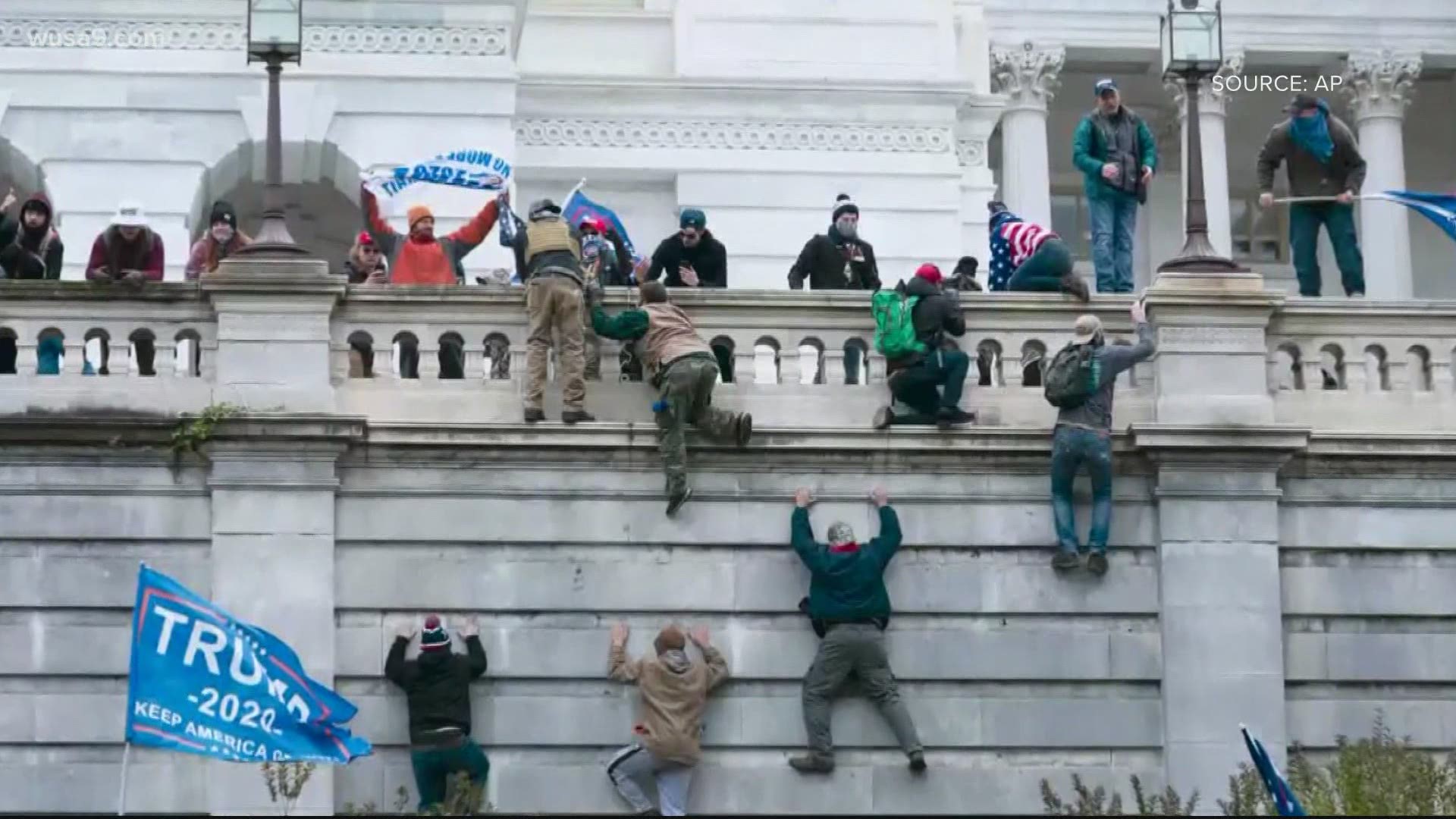 WASHINGTON — In a rare move, more than 360 congressional staff members published a joint letter Wednesday calling for the Senate to convict former President Donald Trump of inciting the violence at the U.S. Capitol Building on January 6.

In an open letter posted to Medium Wednesday morning, the staffers – who say they work for members of Congress in both the House and Senate – say many among them were raised in a “post-Columbine era” and knew what to do when “the mob smashed through Capitol Police barricades, broke doors and windows, and charges into the Capitol with body armor and weapons.” They barricaded themselves in their offices and hid. Those who weren’t in the building frantically tried to reach bosses and colleagues who were.

“On January 6, the former President broke America’s 230-year legacy of the peaceful transition of power when he incited a mob to disrupt the counting of electoral college votes,” the letter reads. “Six people died. A Capitol Police officer—one of our co-workers who guards and greets us every day—was beaten to death. The attack on our workplace was inspired by lies told by the former president and others about the results of the election in a baseless, months-long effort to reject votes lawfully cast by the American people.”

In an open letter, 364 Congressional staffers have called on the U.S. Senate to convict former President Donald Trump of inciting the violence at the Capitol on January 6.

Their message is pretty clear: "Either you stand with the republic or against it." pic.twitter.com/SdHzKG8hiO

While the Senate voted last week to proceed with Trump’s historic second impeachment, Republican members of the chamber voted overwhelmingly against it. A conviction in the Senate would require the support of all Democrats and 17 Republicans. Several Republican members of the Senate are facing calls to resign themselves over their roles in promoting Trump’s baseless claims of election fraud – particularly Texas Sen. Ted Cruz and Missouri Sen. Josh Hawley.

In the wake of the Capitol riot, Cruz’s communications director, Lauren Blair Bianchi, resigned – reportedly over Cruz’s efforts to challenge President Joe Biden’s electoral victory – and Hawley has faced the loss of major donors and seen even his mentor, former U.S. Senator John Danforth, call supporting him “the biggest mistake he’s ever made.” Neither so far has expressed any regret for their efforts to challenge certified electoral results on January 6.

The staffers’ letter calls on Senators to do what only they can – to convict Trump.

“As Congressional employees, we don’t have a vote on whether to convict Donald J. Trump for his role in inciting the violent attack at the Capitol, but our Senators do,” the letter reads. “And for our sake, and the sake of the country, we ask that they vote to convict the former president and bar him from ever holding office again.”