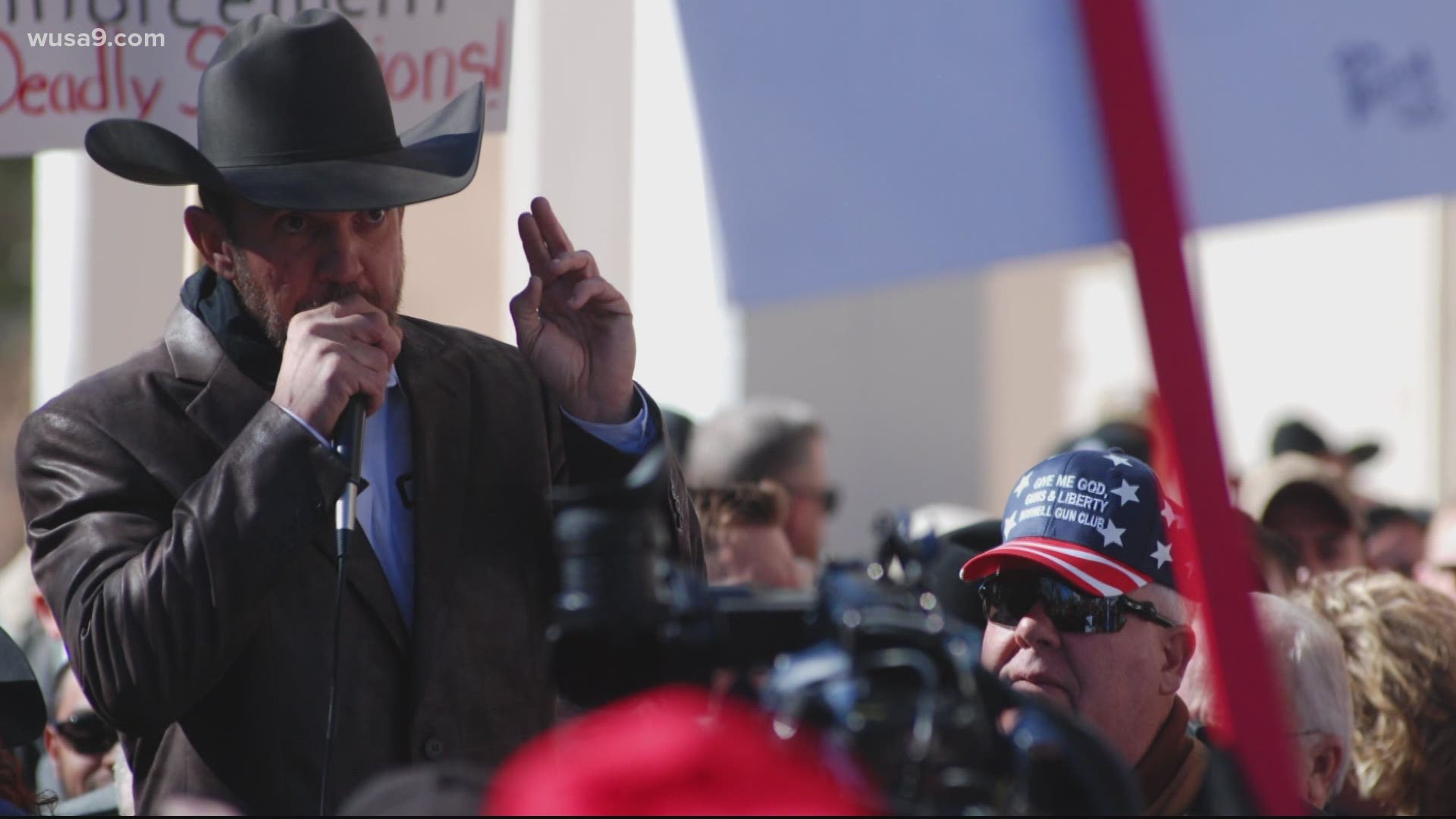 WASHINGTON — A county commissioner from Otero County, New Mexico, was arrested in D.C. near the Capitol on Sunday, according to the FBI and DC Police.

The FBI said Capitol Police detained Otero County District 2 Commissioner Couy Griffin "who was the subject of an arrest warrant for his role in the January 6 Capitol riots."

According to an FBI affidavit, the agency received a tip that Griffin was present at the U.S. Capitol on January 6, 2021, and had posted videos to his Facebook page indicating that he intended to return to Washington, D.C. on January 20, 2021, and put the American flag on House Speaker Nancy Pelosi’s desk.

On Jan. 15, Griffin was charged by the federal authorities on a charge of knowingly entering or remaining in any restricted building or grounds without lawful authority, according to United States District Count documents.

BREAKING: A New Mexico councilmember who said he was bringing guns to DC this week has been ARRESTED in DC according to the FBI.
FBI says Couy Griffin had an arrest warrant for his role in Capitol riots on Jan. 6.@wusa9

Griffin is also the founder of Cowboys for Trump and according to the organization's website, Griffin has spoken with President Donald Trump on several occasions.

While the statement by the FBI Washington Field Office said his arrest warrant was for his role in the Capitol riot on Jan. 6, his name does not yet appear on the list of defendants charged in federal court in the District of Columbia related to crimes committed at the U.S. Capitol.

It is also not known where and when US Capitol Police detained Griffin.

WUSA9 will continue to update this story as more information is provided to our newsroom.

Credit: AP
Otero County Commissioner Couy Griffin speaks Friday, Jan. 31, 2020, in Santa Fe, N.M., as hundreds of advocates for gun rights rallied at the New Mexico Statehouse against a proposed red-flag gun law that has the support of Democratic Gov. Michelle Lujan Grisham. The Democrat-backed bill would allow law enforcement officials or family members to seek court orders to seize firearms temporarily from people deemed a threat to themselves or others. (AP Photo/Morgan Lee)

RELATED: 'I'm not a terrorist' | Virginia man arrested with gun, 500 rounds of ammo at US Capitol checkpoint, police report says