Joshua and Jessica Bustle will serve 30 and 60 days of home detention, respectively, followed by two years of probation after pleading guilty to one count. 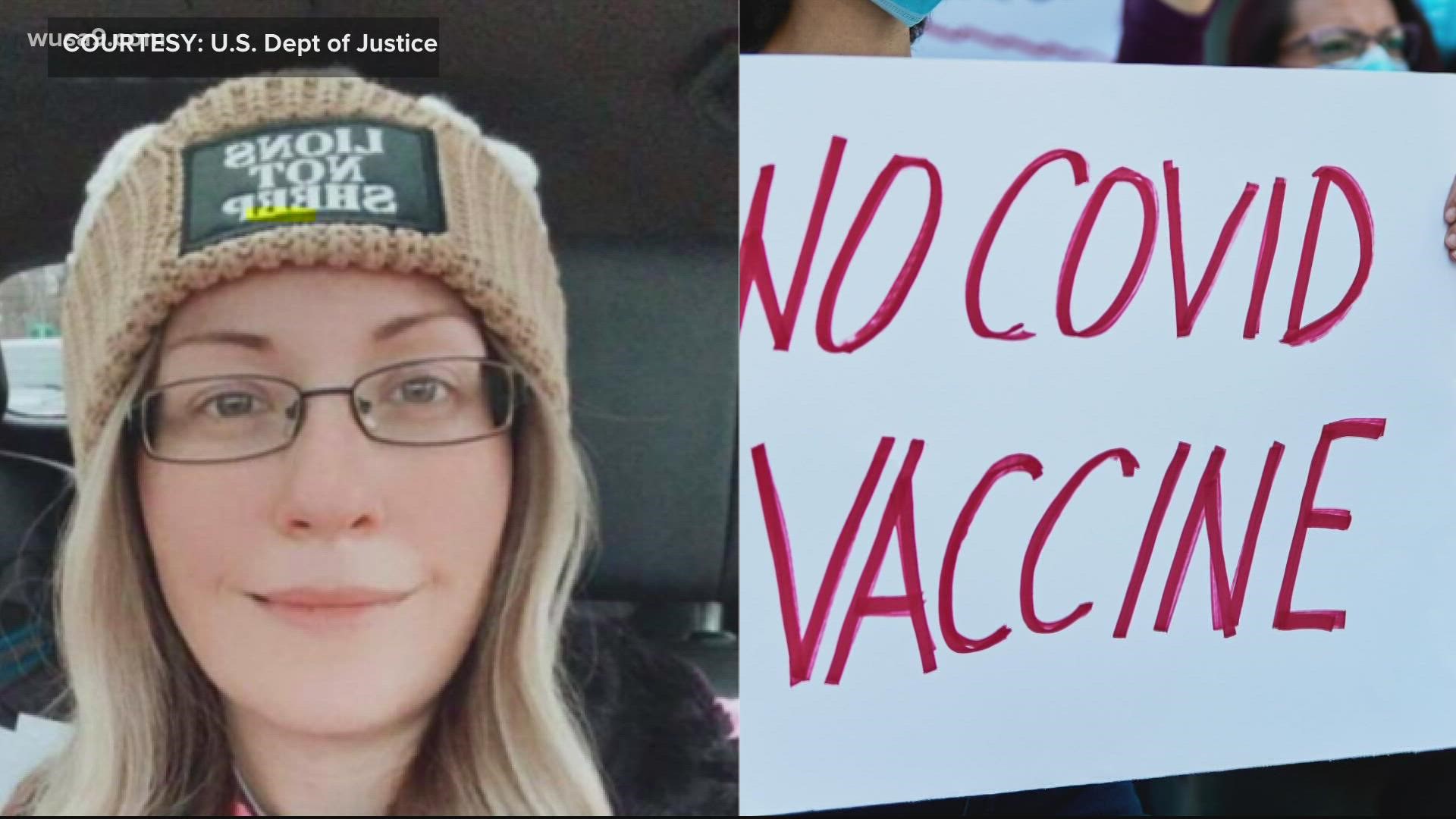 WASHINGTON — A Virginia husband and wife who pleaded guilty to entering the U.S. Capitol building on January 6 were sentenced to serve home detention on Wednesday – although it will begin after they complete a move to South Carolina.

Joshua and Jessica Bustle appeared before U.S. District Judge Thomas Hogan on Wednesday afternoon for a sentencing hearing. The pair pleaded guilty in June to one misdemeanor count each of parading, demonstrating or picketing in a Capitol building.

Though the charge carries a maximum sentence of up to 6 months in prison, the Department of Justice asked Hogan to sentence Joshua to 30 days of home detention and Jessica to 90 days, along with two years of supervised probation for each.

#CapitolRiot: Judge Hogan again is saying the Bustles have endured a "substantial punishment" in terms of the social and relational consequences. He also says he believes she is remorseful. "At the same time, I seriously considered putting you in jail." @wusa9 @EricFlackTV

In a statement of facts filed in federal court in March, the FBI said it received several tips about the Bustles and their alleged participation in the Capitol riot. Those tips included Facebook posts from Jessica’s account describing how she and her husband part in the mob on January 6.

In one post, Jessica reportedly wrote, “Pence is a traitor. We stormed the capital [sic],” and claimed she and her husband were nearby when Ashli Babbitt was fatally shot while attempting to breach the Speaker’s Lobby.

In another post, Bustle said she and her husband had been at the nearby Health Freedom Rally before walking to the Capitol. A post from her account appears to show the pair standing in D.C. holding a sign reading “Mandatory Medical Procedures have NO Place in a FREE Society.” In surveillance images captured inside the Capitol, the FBI said Bustle can be seen holding another sign reading in part, “VACCINE INJURY is the REAL PANDEMIC.”

#CapitolRiot: Judge Hogan says he's not going to lecture Jessica Bustle about her vaccine views -- "That's your decision." -- but hopes she will read accurate media on it in light of the Delta variant and the fact that she is pregnant. @wusa9 @EricFlackTV

During the hearing Wednesday, the attorney representing Joshua argued that his client did not participate in a riot, and that it was prejudicial to call him a rioter.

“This was not a riot, as far as Mr. Bustle is concerned,” attorney Timothy Vitow Anderson said.

Hogan appeared unpersuaded, reminding Anderson that, while the Bustles did enter the building after the initial breach, they walked past broken windows and doors and into a building with blaring alarms and lingering pepper spray.

Hogan said the Bustles were an unusual case because they did not come to D.C. on January 6 explicitly as supporters of former President Donald Trump, but rather to attend the medical freedom rally. Thomas Abbenante, the attorney representing Jessica, did not shy away from pointing to Trump’s influence over her, however, as part of an explanation of her actions.

Jessica was a victim of “cult-like personalities” on social media, Abbenante claimed, adding, “I won’t name who… but you know exactly who I’m talking about.”

Hogan acknowledged as well, if obliquely, the effect of Trump’s words on the rioters.

“Here we have a group of individuals, irritated and mislead by false claims of a fraudulent election, trying to take the law into their own hands,” he said.

Hogan granted a delay to the start of their home detention period so the Bustles can complete a planned move to South Carolina, which they told the judge they were pursuing for a “fresh start” due to the fallout from their arrest.