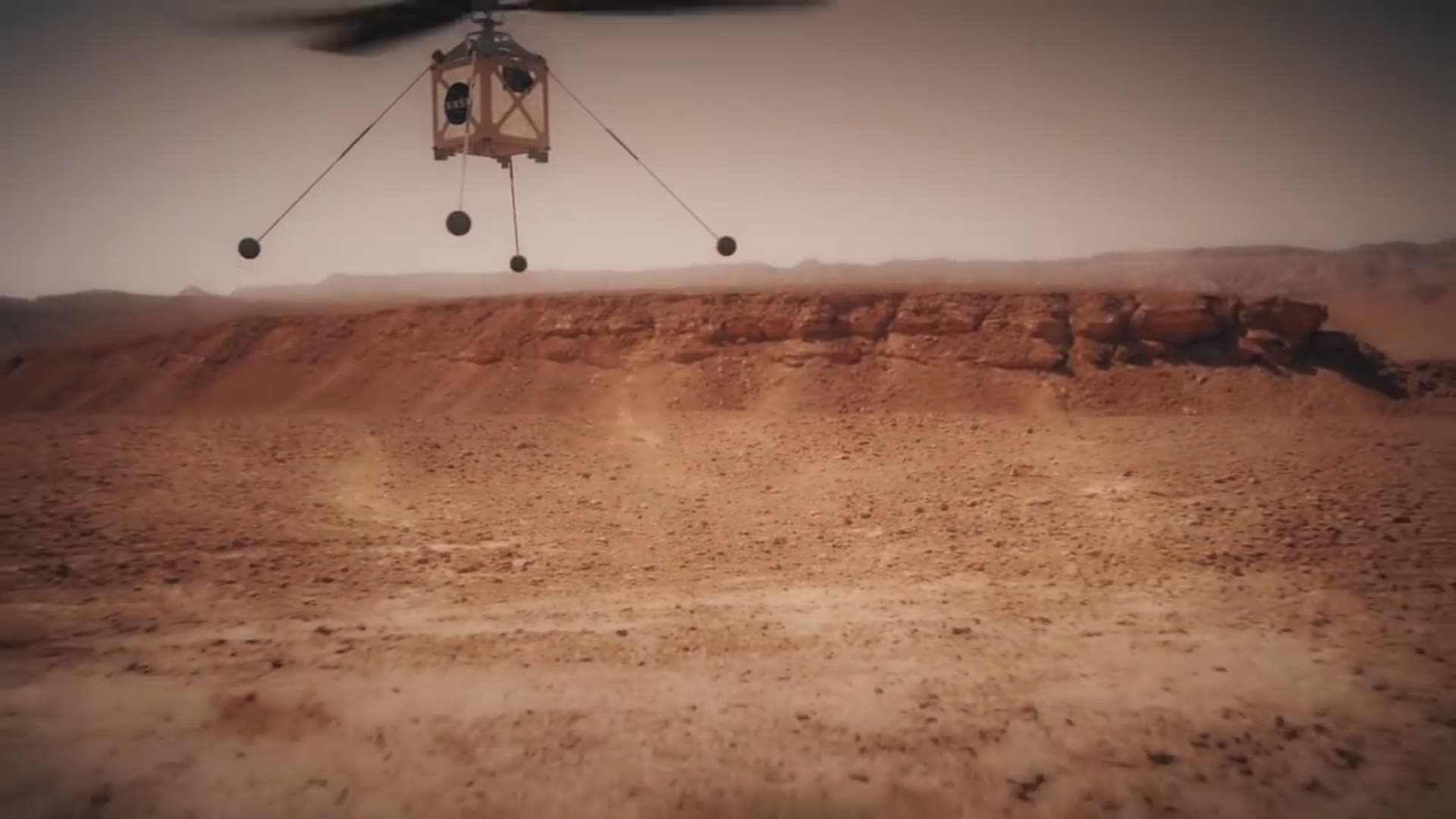 CAPE CANAVERAL, Fla — A piece of the Wright brothers’ first airplane is on Mars. NASA’s experimental Martian helicopter holds a small swatch of fabric from the 1903 Wright Flyer, the space agency revealed Tuesday. The helicopter, named Ingenuity, hitched a ride to the red planet with the Perseverance rover, arriving last month.

Ingenuity will attempt the first powered, controlled flight on another planet no sooner than April 8. It will mark a "Wright brothers' moment," noted Bobby Braun, director for planetary science at NASA's Jet Propulsion Laboratory.

The Carillon Historical Park in Dayton, Ohio, the Wrights' hometown, donated the postage-size piece of muslin from the plane's bottom left wing, at NASA's request.

The swatch made the 300 million-mile journey to Mars with the blessing of the Wright brothers' great-grandniece and great-grandnephew, said park curator Steve Lucht.

“Wilbur and Orville Wright would be pleased to know that a little piece of their 1903 Wright Flyer I, the machine that launched the Space Age by barely one quarter of a mile, is going to soar into history again on Mars!” Amanda Wright Lane and Stephen Wright said in a statement provided by the park.

Orville Wright was on board for the world’s first powered, controlled flight on Dec. 17, 1903, at Kitty Hawk, North Carolina. The brothers took turns, making four flights that day.

A fragment of Wright Flyer wood and fabric flew to the moon with Apollo 11's Neil Armstrong in 1969. A swatch also accompanied John Glenn into orbit aboard space shuttle Discovery in 1998. Both astronauts were from Ohio.

NASA's 4-pound (1.8-kilogram) helicopter will attempt to rise 10 feet (3 meters) into the extremely thin Martian air on its first hop. Up to five increasingly higher and longer flights are planned over the course of a month.

The material is taped to a cable beneath the helicopter's solar panel, which is perched on top like a graduate's mortarboard.

For now, Ingenuity remains attached to the rover's belly. A protective shield dropped away over the weekend, exposing the spindly, long-legged chopper.

The helicopter airfield is right next to the rover's landing site in Jezero Crater. The rover will observe the test flights from a distant perch, before driving away to pursue its own mission: hunting for signs of ancient Martian life. Rock samples will be set aside for eventual return to Earth.

The Associated Press Health and Science Department receives support from the Howard Hughes Medical Institute’s Department of Science Education. The AP is solely responsible for all content.