Woman killed after car drove into crowd of protesters in Minneapolis

A group of demonstrators was in the area Sunday night to protest the fatal shooting of Winston Smith by police earlier this month. 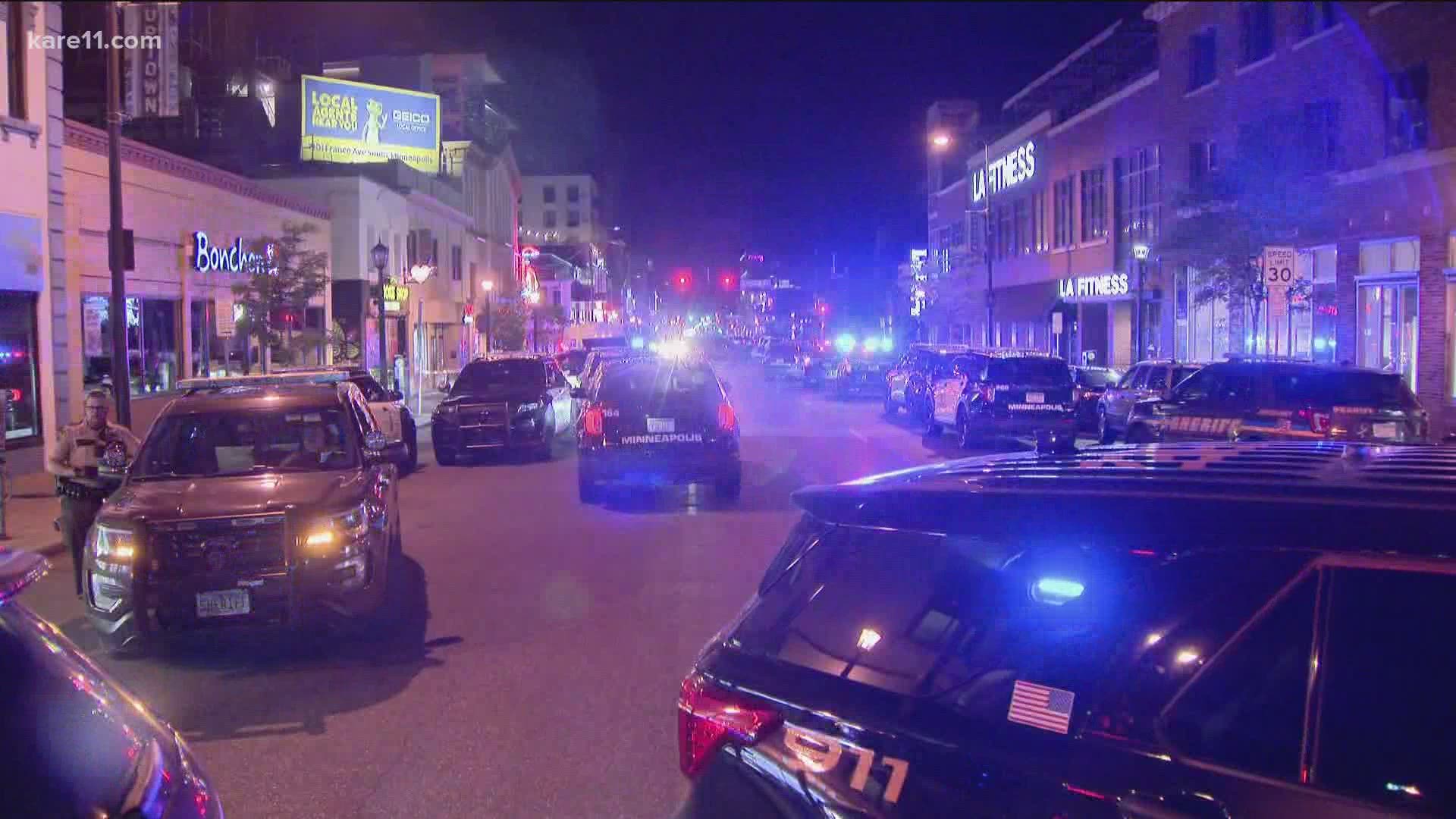 MINNEAPOLIS — Minneapolis police say a woman has died and three others were injured after a car drove into a group of protesters in Uptown late Sunday night.

Around 11:39 p.m. Sunday, Minneapolis police said officers were monitoring a protest near West Lake Street and Girard Avenue South when they saw, on a camera, a car drive east on Lake Street and into the crowd. A family member of the woman who was killed said an SUV driver hit a parked car that was shielding protesters, and that car was pushed into the crowd.

The demonstration was happening in the area where Winston Smith was shot and killed by members of a U.S. Marshals Fugitive Task Force earlier this month. Regular protests have taken place in Uptown since Smith's death, and a witness told KARE 11 the crowd on Sunday night was there for the same reason.

According to a news release from police some of the protesters pulled the driver out of his car and began to hit him before officers took the suspect into custody. There are early indications drugs or alcohol may be involved in the crash, police say.

Minneapolis police spokesman John Elder released a statement Tuesday, naming 35-year-old Nicholas D. Kraus as the suspect. Kraus was arrested on suspicion of criminal vehicular homicide in connection with the incident and has not been charged.

Two injured protesters were taken to Hennepin County Medical Center, and Minneapolis Police confirmed early Monday morning that one victim, an adult woman, has died from her injuries.

The victim was identified by her brother as 31-year-old Deona Knajdek of Minneapolis. Garrett Knajdek told KARE 11 that Deona had parked her car as a shield for the protesters. He said she was standing near it when the SUV driver hit her car, which in turn hit her.

Garrett Knajdek said Deona's 32nd birthday would have been this Wednesday.

NOW: This is the scene near Hennepin and Lake where we’re told just before midnight a vehicle drove into a group of protesters at Lake & Girard. @KARE11 pic.twitter.com/i0sJtx37Xc

The driver of the SUV was also taken to a nearby hospital for treatment of his own injuries.

A witness at the scene who identified himself to KARE 11 as "Link" said people who saw the crash are trying to piece together what happened.

"People were having a joyous time and then for that to happen, like you know people are still kind of reeling in from that. It's a tragedy for sure," he said.

"You got 15 squad cars showing up, and they're hopping out in riot gear before an ambulance shows up. That adds to the already intense and stressful situation."

This is a developing story. KARE 11 will provide more details as they become available.