Several of them died of hypothermia while they were inside their homes. 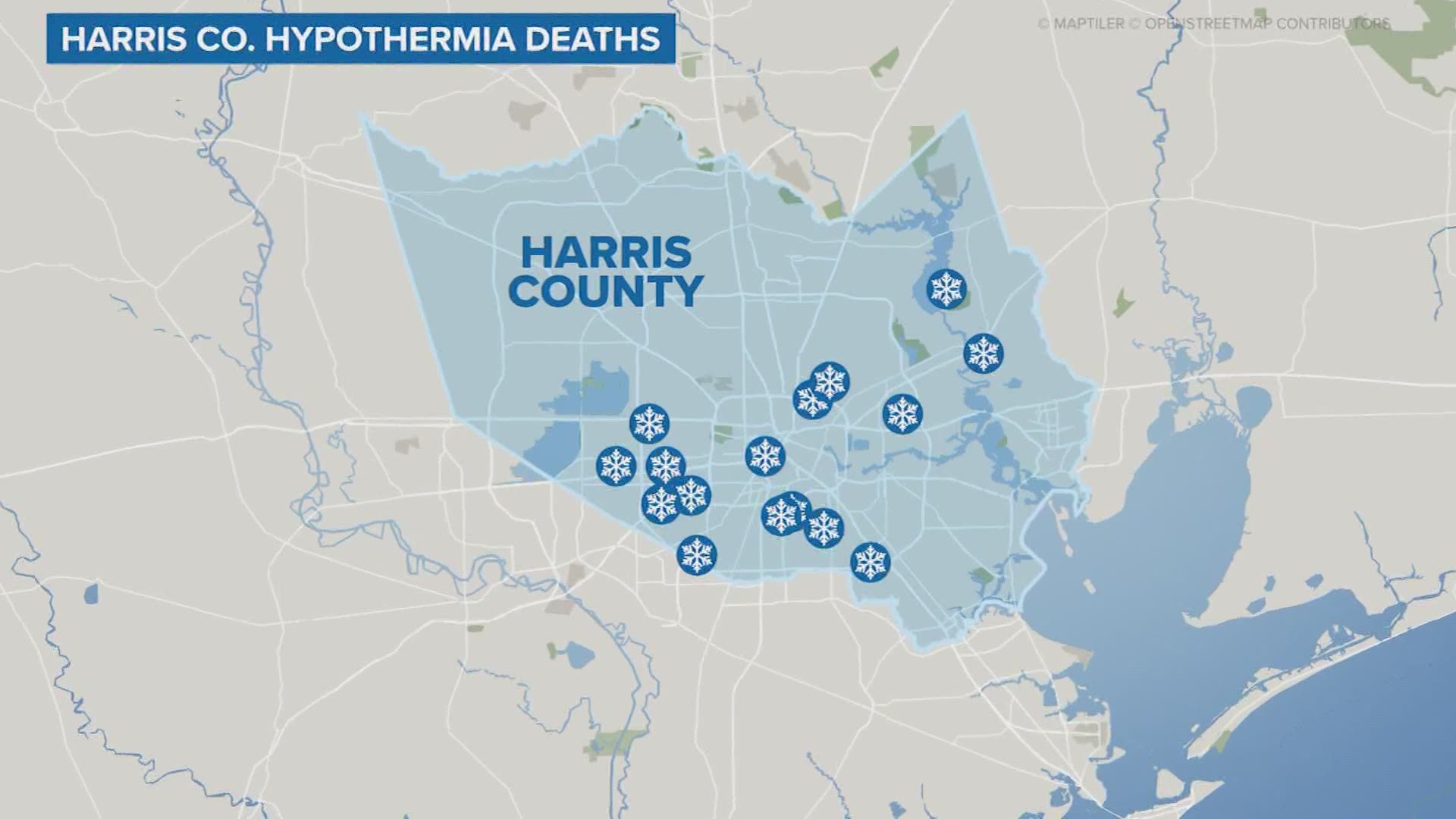 HARRIS COUNTY, Texas — There was a human cost to last week’s winter storm and the days so many spent without power.

RELATED: Conroe family whose boy died during Texas freeze is suing power grid operator — but ERCOT may be protected

Meaning they froze to death.

Family members of victims say many of the deaths may have been prevented if they’d known there was a possibility they could lose power for days.

Gee’s body was found inside her northeast Houston apartment.

Spencer said she spoke with her grandmother the night before and says at that time, she had power.

“I just pray that she was asleep,” Spencer said. “Because she didn’t need to suffer.”

“She would tell us about segregation and how she went to school through that,” Spencer said. “That was our wisdom. That was our rock.”

A Harris County man was found near a park in Midtown.

Another man was found in his backyard shed.

But most of the victims were found inside of their homes.

Catherine Dillingham, 87, died from hypothermia in the living room of her South Houston home on Feb. 17. In a Facebook post, her daughter wrote that her mother loved to knit and crochet and taught private piano lessons.

The family members of the hypothermia victims said they want to see that things are fixed so that deaths like these won’t happen again.

“To whoever is in those chairs or in those seats, think about your state as your family,” Spencer said. “Would you ever want your family to go through this? Would you want your loved one to pass like this? What if this was your grandmother?”