Whitmer: Biggest threat to 'American people is the American president'

The governor responded to a report that the president knew about the seriousness of the virus in February, but downplayed it publicly. 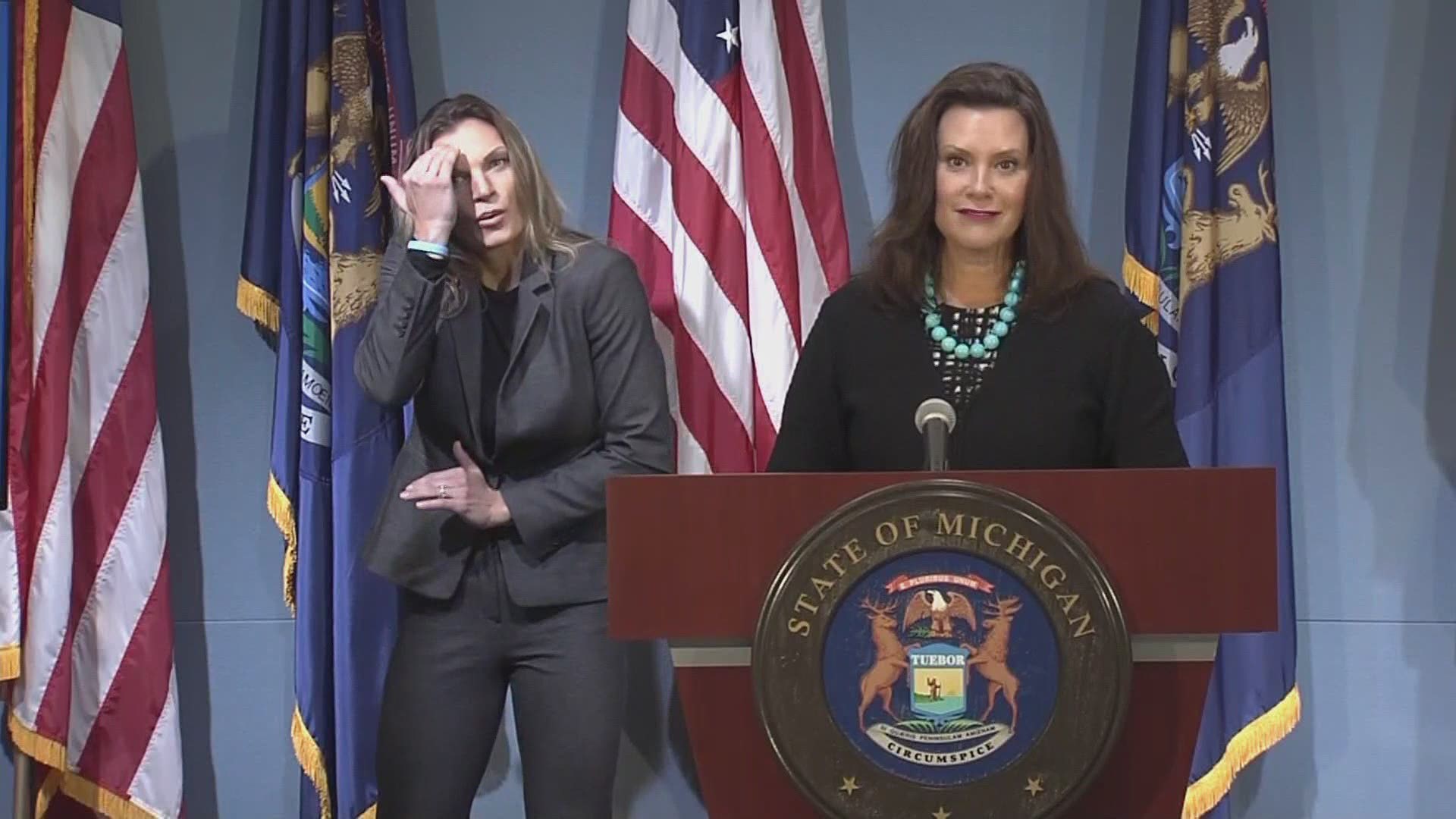 The governor first responded to reporting in a new book from Bob Woodward that the president wanted to play down the threat of COVID-19 to avoid creating "a panic." Woodward's book uses quotes from a February interview with the president, in which Trump acknowledged the deadliness of the virus.

While the president made those comments to Woodward in February, his public statements reflected a different sentiment. His administration has been criticized for its delayed response to the virus.

RELATED: 'I wanted to always play it down,' Trump says of coronavirus in journalist's book

"I think this failure to act has cost so many lives, sent our economy into a tailspin, and I'll say it's just devastating to hear that when we've been working so hard to save lives," Whitmer said.

The governor continued in her criticisms of Trump, saying the report prompting a lot of emotions from her. She opined that the Trump administration has been "reckless" and "not particularly well-informed."

Whitmer said this is devastating and she does not "relish saying that."

Trump and Whitmer have been at odds since the president first starting critiquing Michigan's response to the virus in March. The president said at the time the "failing Michigan governor must work harder and be more proactive."

The governor also used her press briefing to address a Trump event happening Thursday evening in Saginaw County. The president is scheduled to hold a campaign event at an airport hangar, which is how he's been holding rallies amid COVID-19.

"If the rally is like those held in recent days in other states, we have lots of people close together without masks on projecting their voices. And I'm concerned about it," she said. "This is not a partisan observation. We are in a public health crisis."

Trump is scheduled to speak at 7 p.m. at Avflight Saginaw. He's stopping in Michigan a week after Vice President Mike Pence held a similar event in Traverse City.