The report found there were 5,125 cases of racist, anti-Semitic and other hateful messages spread through physical flyers, stickers, banners and posters. 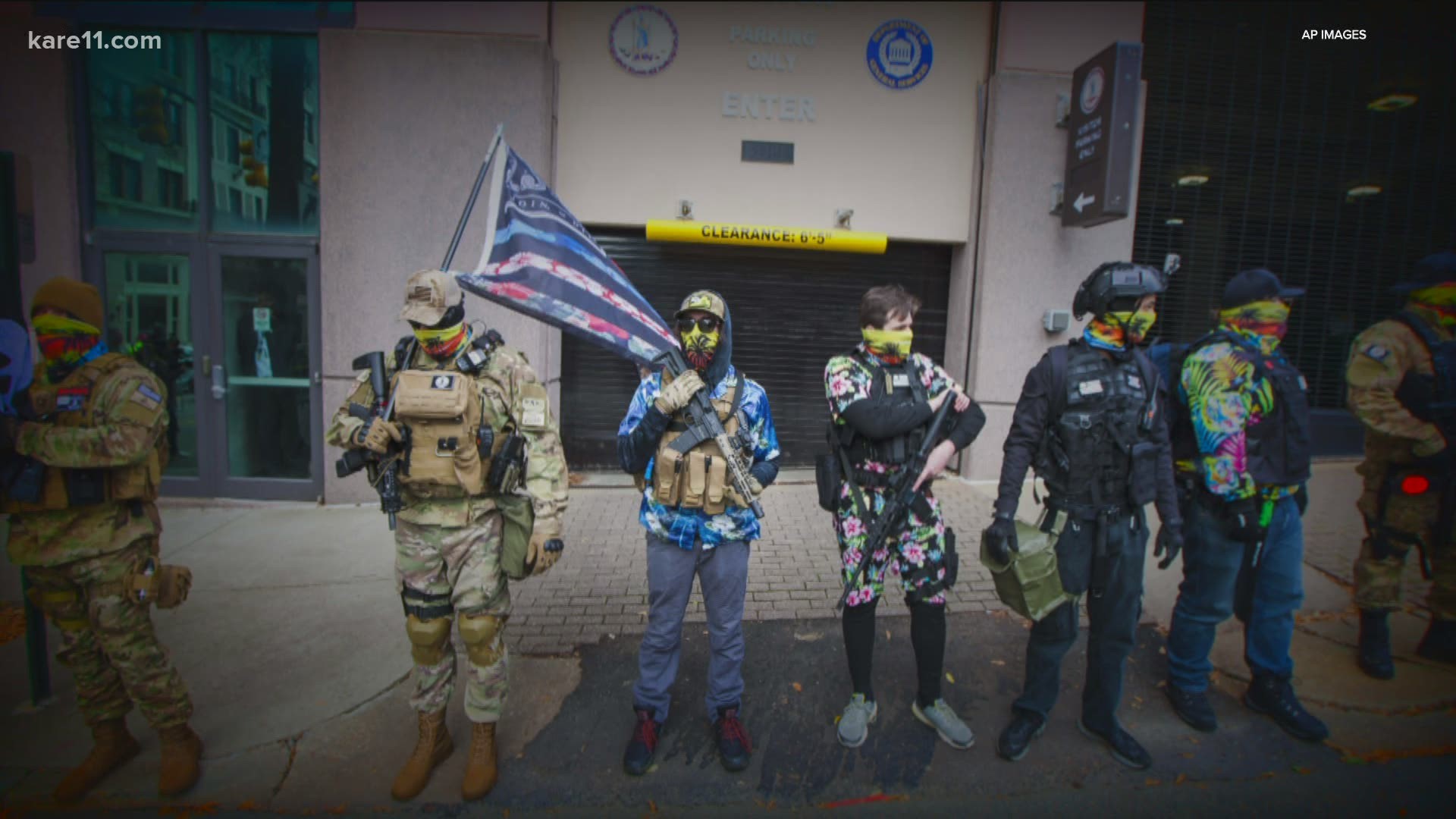 NEW YORK — White supremacist propaganda reached alarming levels across the U.S. in 2020, according to a new report that the Anti-Defamation League provided to The Associated Press.

There were 5,125 cases of racist, anti-Semitic, anti-LGBTQ and other hateful messages spread through physical flyers, stickers, banners and posters, according to Wednesday's report. That’s nearly double the 2,724 instances reported in 2019. Online propaganda is much harder to quantify, and it's likely those cases reached into the millions, the anti-hate organization said.

The ADL, which was founded more than a century ago, said that last year marked the highest level of white supremacist propaganda seen in at least a decade. Its report comes as federal authorities investigate and prosecute those who stormed the U.S. Capitol in January, some of whom are accused of having ties to or expressing support for hate groups and antigovernment militias.

“As we try to understand and put in perspective the past four years, we will always have these bookends of Charlottesville and Capitol Hill,” group CEO Jonathan Greenblatt said.

“The reality is there’s a lot of things that happened in between those moments that set the stage,” he said.

“They use the uncertainty and fear caused by crisis to win over new recruits to their ‘us vs. them’ narrative, painting the ‘other’ as the cause of their pain, grievances or loss,” Picciolini told the AP. "The current uncertainty caused by the pandemic, job loss, a heated election, protest over extrajudicial police killings of Black Americans, and a national reckoning sparked by our country’s long tradition of racism has created a perfect storm in which to recruit Americans who are fearful of change and progress."

Propaganda, often distributed with the intention of garnering media and online attention, helps white supremacists normalize their messaging and bolster recruitment efforts, the ADL said in its report. Language used in the propaganda is frequently veiled with a patriotic slant, making it seem benign to an untrained eye.

Credit: AP
In this Jan. 6, 2021, file photo, people march as they attend a rally in Washington in support of President Donald Trump. (AP Photo/Carolyn Kaster, File)

But some flyers, stickers and posters are explicitly racist and anti-Semitic. One piece of propaganda disseminated by the New Jersey European Heritage Association included the words “Black Crimes Matter,” a derisive reference to the Black Lives Matter movement, along with cherry-picked crime statistics about attacks on white victims by Black assailants.

A neo-Nazi group known as Folks Front distributed stickers that include the words “White Lives Matter.”

According to the report, at least 30 known white supremacist groups were behind hate propaganda. But three groups — NJEHA, Patriot Front and Nationalist Social Club — were responsible for 92% of the activity.

The propaganda appeared in every state except Hawaii. The highest levels were seen in Texas, Washington, California, New Jersey, New York, Massachusetts, Virginia and Pennsylvania, according to the report.

Despite the overall increase, the ADL reported a steep decline in distribution of white supremacist propaganda at colleges and universities, due in large part to the coronavirus pandemic and the lack of students living and studying on campus. There were 303 reports of propaganda on college campuses in 2020, down from 630 in 2019.

Greenblatt acknowledged that free speech rights allow for rhetoric that “we don’t like and we detest.” But when that speech spurs violence or creates conditions for normalizing extremism, it must be opposed, he said.

“There’s no pixie dust that you can sprinkle on this, like it’s all going to go away,” Greenblatt said. “We need to recognize that the roots of this problem run deep.”

RELATED: At least 160 Confederate symbols taken down in 2020