Christoffer Camacho described it as an adrenaline rush. 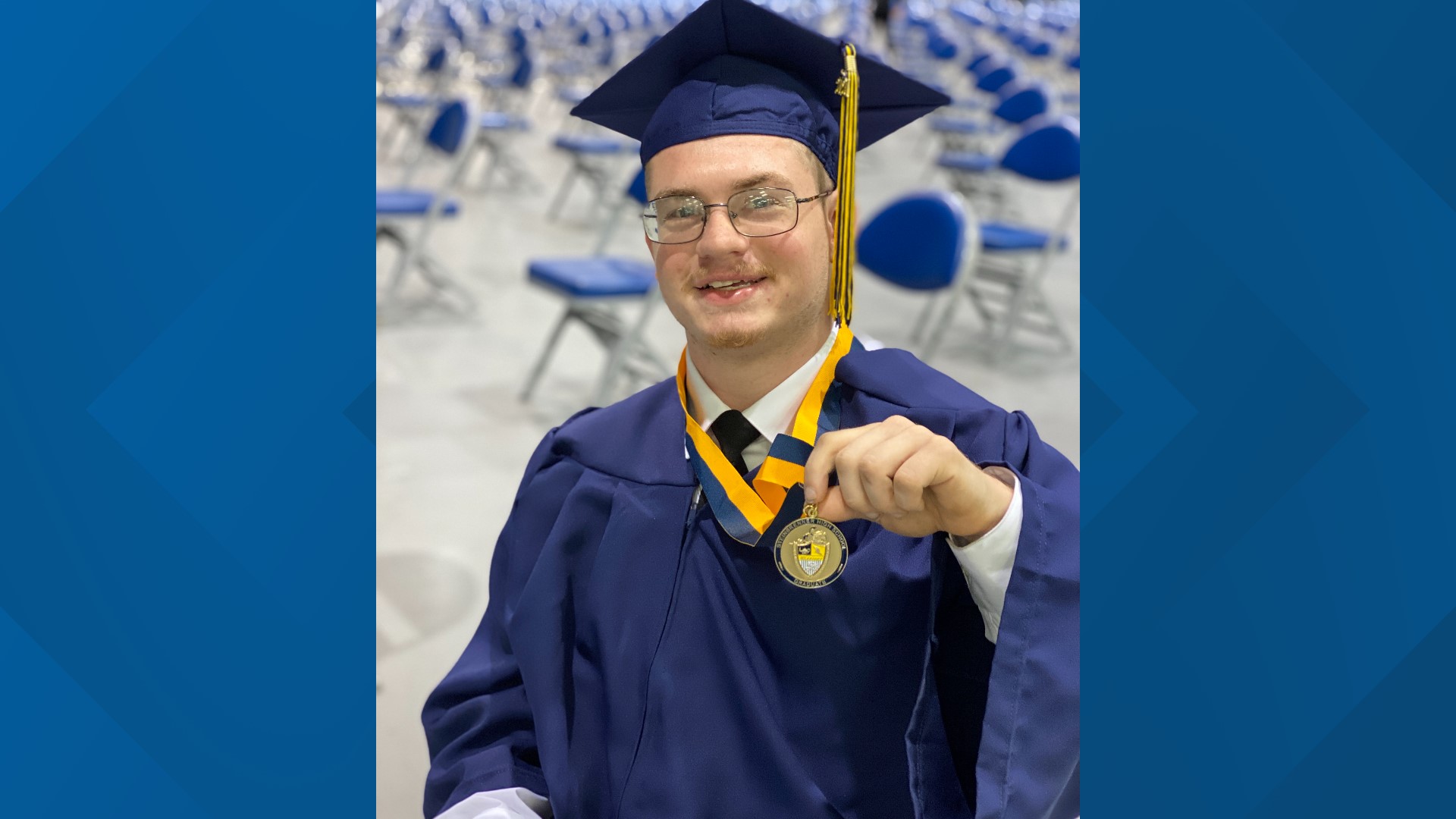 LUTZ, Fla. — He kept it a secret from his classmates, did years of therapy and pushed himself toward his goal. On Wednesday, the dream became a reality when he walked across the stage to receive his diploma.

It wasn't the diploma that came as the surprise. It was the steps he took to accept it.

"I've been working on this goal ever since – as long as I can remember," senior Christoffer Camacho said.

Camacho has cerebral palsy. He's been in a wheelchair for his entire life.

On Wednesday, after those years of therapy to prepare, the Steinbrenner High School graduate stood up and garnered the strength to walk up and grab his diploma.

His dad, a school security officer with Hillsborough County Public Schools, could not have been more proud.

"It means more when you've had to work that hard for it," father Gary Camacho said.

Christoffer thanked his friends, family and "the man upstairs" for supporting him throughout his childhood.

"I am a firm believer of you can accomplish anything as long as you put your mind to it and work hard," he said.