Hudson Folen and Henrik Wikstrom were inspired by a course Henrik played while vacationing with his family. 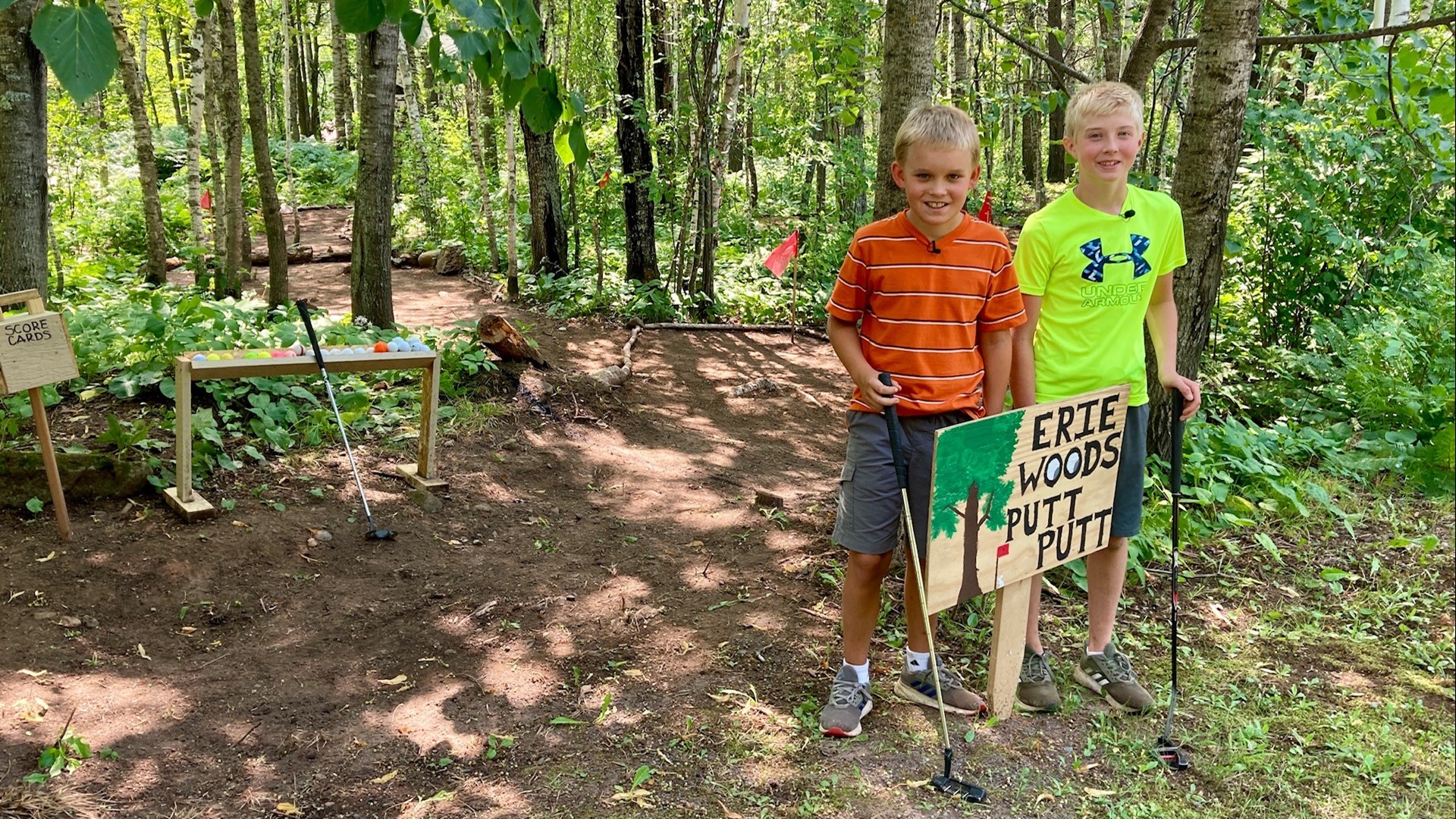 Hudson Folen and Henrik Wikstrom used their time off school to build a miniature-golf course in the woods alongside Hudson’s house.

The nine-hole course was inspired by a family vacation, during which Henrik played a putt-putt course in Grand Marais.

Upon returning home, he pitched the idea to his friend.

“We were bored drinking Kool-Aid,” Hudson said. “And then Henrik said, ‘Why don't we make a mini-golf course?'”

The boys started work last summer with a single hole, then completed eight more, relying on their collective creativity.

In each hole, they sunk a plastic Dixie Cup they found in the Folen kitchen.

A dryer vent makes a nifty ball tunnel on one hole; rusty chicken wire keeps the ball in play on another.

The parents of Henrik and Hudson are not surprised by the dedication their sons devoted to building their golf course.

“They get ideas and they run with them,” Michelle Wikstrom, Henrik’s mom, said with a laugh.

Karl Folen, Hudson’s dad, shares the sentiment. “They're kind of like two peas in a pod.”

Credit: KARE
Hudson Folen putts on the mini golf course he built with his best friend Henrik Wikstrom, who looks on.

The pair became fast friends at the age of 4, when they met on the sidelines of their older sisters’ soccer games.

Over the years, they’ve cooked up a variety of inventions and projects, though none as grand as their latest.

“They don't like sitting and playing video games, they'd rather be outside and doing something,” Hudson’s dad said.

Their course is not for the easily frustrated. Its dirt greens are raked by the boys to clear tree seeds and other forest debris, but they remain a challenge – as do the trees that grow in the line of fire.

Cup placement has proved to be an art.

“He changed one hole that was going to be a par 20,” Hudson’s dad said.

Still, Henrik and Hudson have developed a mastery of the twists and turns of their course, keeping score on homemade cards neatly stacked in a wooden box near the 1st hole.

Credit: KARE
Hudson Folen fills out a homemade score card during a game of mini golf on the course he built with this best friend Henrik Wikstrom.

Despite massive amounts of time spent together, the boys say they’ve never had a significant disagreement.

“We just change the subject, pretty much, most of the time,” Hudson said.