Dozens of major CEOs attended a video conference on Nov. 6 to talk about what collective action they could take if they see an imminent threat to democracy. 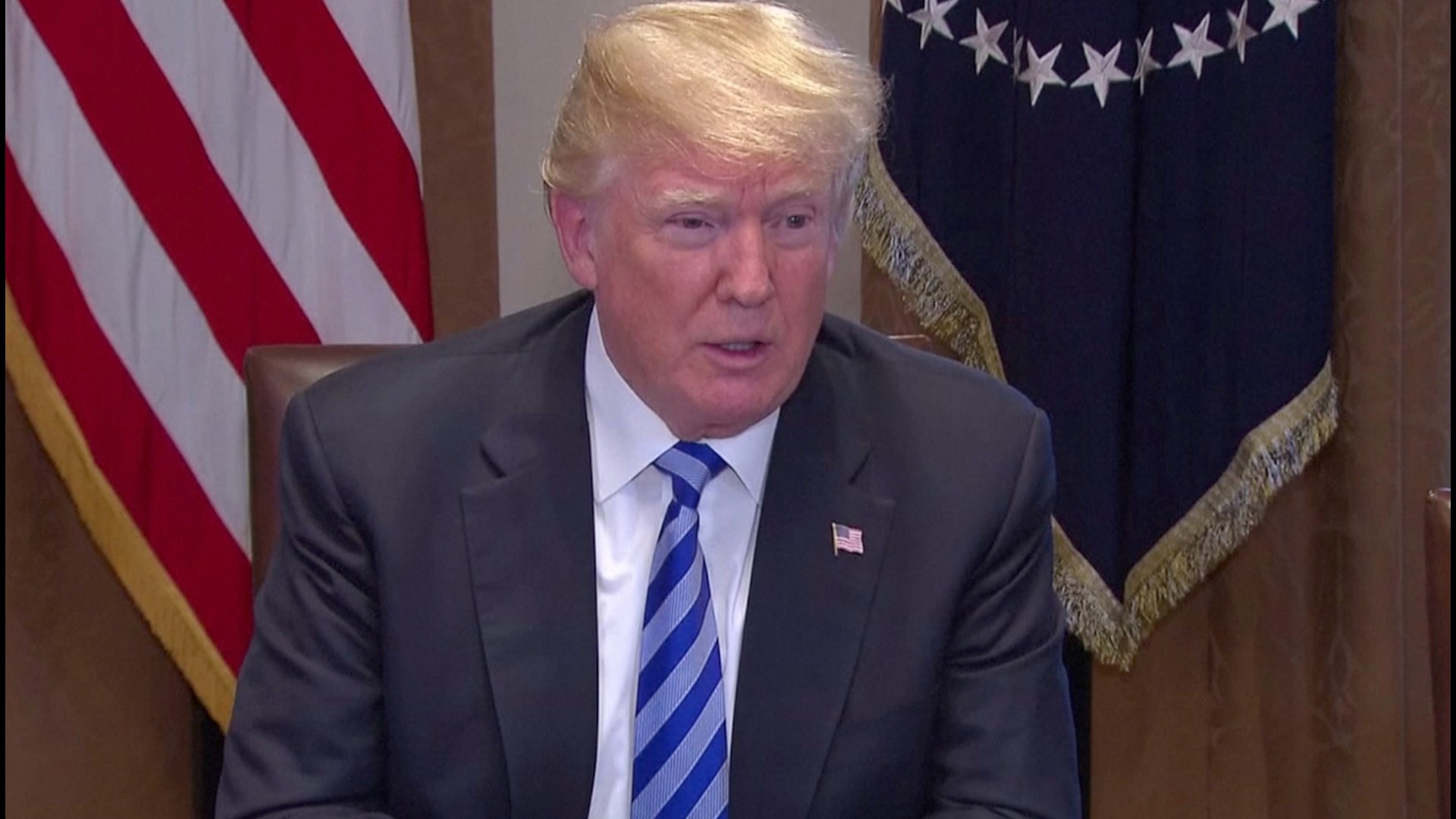 WASHINGTON — Only a few of America's CEOs have made public statements about President Donald Trump's refusal to accept his election loss, but in private, many are alarmed and talking about what collective action would be necessary if they see an imminent threat to democracy.

On Nov. 6, more than two dozen CEOs of major U.S. corporations took part in a video conference to discuss what to do if Trump refuses to leave office or takes other steps to stay in power beyond the scheduled Jan. 20 inauguration of former Vice President Joe Biden. On Saturday Biden was declared the election winner by The Associated Press and other news organizations.

During the conference, which lasted more than an hour, the CEOs agreed that Trump had the right to pursue legal challenges alleging voter fraud.

But if Trump tries to undo the legal process or disrupts a peaceful transition to Biden, the CEOs discussed making public statements and pressuring GOP legislators in their states who may try to redirect Electoral College votes from Biden to Trump, said Yale Management Professor Jeffrey Sonnenfeld, who convened the meeting.

“They're all fine with him taking an appeal to the court, to a judicial process. They didn't want to deny him that. But that doesn't stop the transition,” said Sonnenfeld. “They said if that makes people feel better, it doesn’t hurt anything to let that grind through.”

On Saturday, the day after the video meeting, the Business Roundtable, a group that represents the most powerful companies in America, including Walmart, Apple, Starbucks and General Electric, put out a statement congratulating Biden and his running mate, Kamala Harris. It largely reflected the conversation from Friday's video meeting, saying the group respects Trump’s right to seek recounts and call for investigations where evidence exists.

“There is no indication that any of these would change the outcome,” the group's statement said.

The executives who participated in the video conference are from Fortune 500 finance, retail, media and manufacturing companies, Sonnenfeld said. But he wouldn't identify them because they attended the meeting with the condition that their names be kept confidential. Sonnenfeld frequently speaks with CEOs and sets up meetings for them to discuss pressing issues.

Richard Pildes, a constitutional law professor at New York University who spoke at the video meeting, confirmed Sonnenfeld's account, as did an executive who attended but didn't want to be identified because he didn't want to violate the meeting's ground rules.

The CEOs agreed that they had seen no evidence of widespread election fraud as Trump has contended. Sonnenfeld invited Yale University historian Timothy Snyder, author of “On Tyranny," to address the group. After hearing Snyder discuss the history of democracies dying after elections and the possibility of GOP legislators changing the Electoral College outcome, many expressed alarm about the president's conduct, Sonnenfeld said.

There is no evidence of widespread fraud in the 2020 election. In fact, election officials from both political parties have stated publicly that the election went well and international observers confirmed there were no serious irregularities.

The issues Trump’s campaign and its allies have pointed to are typical in every election: problems with signatures, secrecy envelopes and postal marks on mail-in ballots, as well as the potential for a small number of ballots miscast or lost. With Biden leading Trump by wide margins in key battleground states, none of those issues would affect the outcome of the election.

Trump’s campaign has also launched legal challenges complaining that poll watchers were unable to scrutinize the voting process. Many of those challenges have been tossed out by judges.

Trump has portrayed as illegitimate mailed votes received and counted after Election Day — even though that is explicitly allowed in about 20 states. He has falsely charged that campaign observers were blocked from watching the vote count as Biden overtook him in Pennsylvania.

The CEOs decided to wait for the Nov. 20 certification of votes in Georgia before meeting to decide their next moves. Action could include threats to stop donations to political action committees or even corporate relocations, Sonnenfeld said.

He spoke with six or seven CEOs on Wednesday who said that if there were “seditious riots” at Trump rallies or more mass firings like Trump’s ouster of Defense Secretary Mark Esper and other Pentagon officials, they want to reconvene to talk about acting faster as individuals, Sonnenfeld said.

“They thought it could have a very devastating effect upon on markets, on public trust in the process,” and they would act “to make sure that the Republican elected officials do their jobs and and then be patriots and respect the process,” Sonnenfeld said.

RELATED: Where the lawsuits stand in Trump's presidential election challenge

The CEOs weren't worried about reprisals against their businesses but emphasized acting together. They referred to a Benjamin Franklin quote at the signing of the Declaration of Independence: “Yes, we must, indeed, all hang together, or most assuredly we shall all hang separately,” according to Sonnenfeld.

But individual CEOs have been mostly silent on Trump's conduct. Juleanna Glover, CEO of media strategy firm RidgelyWalsh, said no CEO speaking out at this point could stop Trump's legal challenges.

“They're trying to be moral and effective leaders," Glover said. "It's a calculation of whether saying anything now can be an effective tool to making a situation better.”

The time may come for CEOs to speak out, but most are assuming that Trump's legal challenges and threats are just theater and the change in power will take place uneventfully, Glover said.

Still, several CEOs have urged Trump to acknowledge that he’s lost, concede to Biden and end any political uncertainty.

“The votes have been counted, and the president needs to honor the result,” said Ryan Gellert, CEO of the outdoor clothing company Patagonia, which has been outspoken on behalf of progressive causes such as protecting the environment.

Economist Eswar Prasad of Cornell University, a former International Monetary Fund official, said Trump’s recalcitrance creates risks for the economy by “whipping up an extraordinary degree of uncertainty that, if prolonged much further, will act as a drag on what is at best a nascent and fickle economic recovery.”

Anne D'Innocenzio contributed to this report from New York. Krisher reported from Detroit.