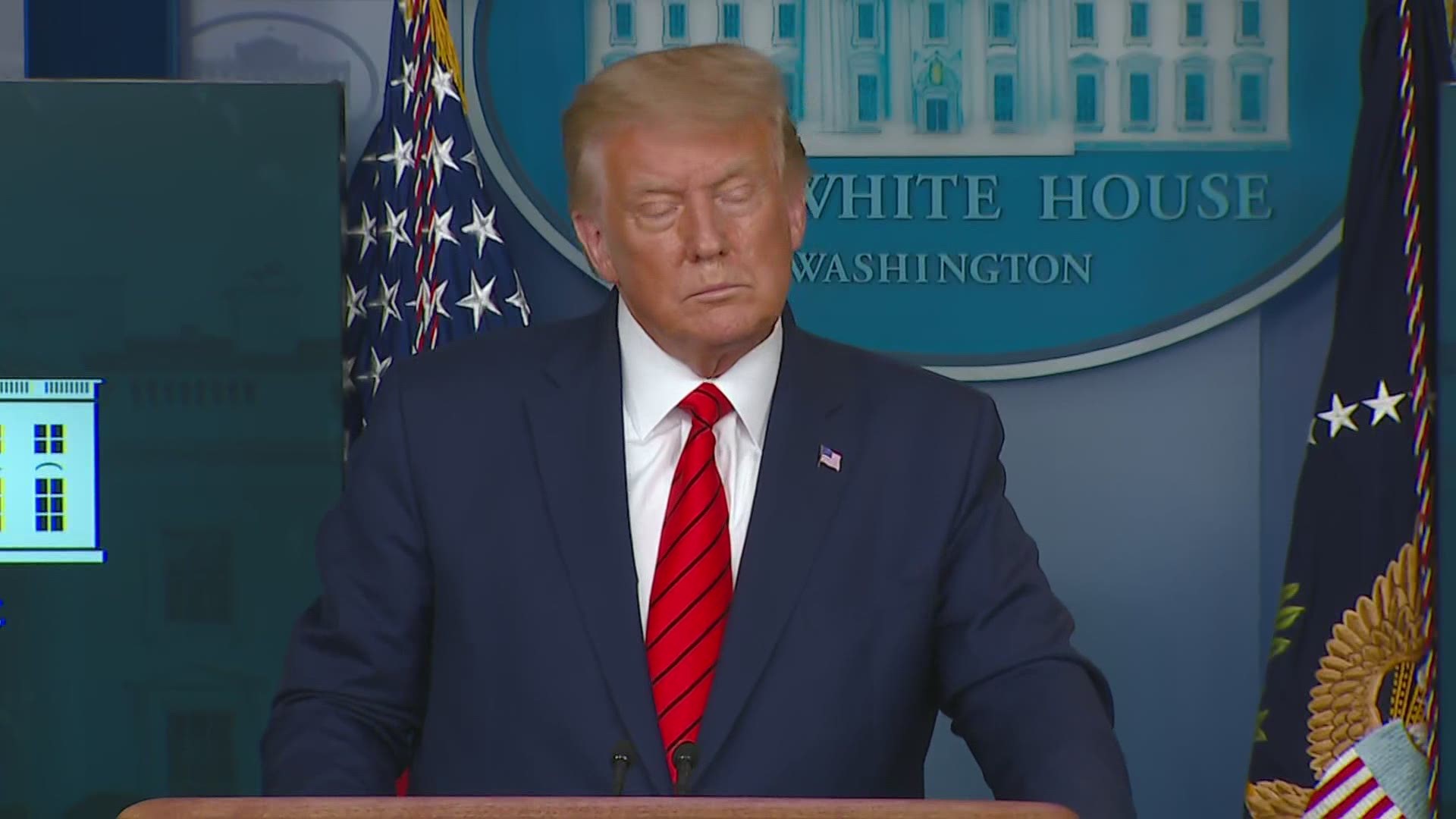 President Donald Trump on Monday did not denounce the person suspected of shooting and killing two people in Kenosha, Wisconsin, saying that "he probably would have been killed" if he hadn't fatally shot the demonstrators. Trump suggested that the 17-year-old, who traveled 20 miles to Kenosha from Illinois, was acting in self-defense.

Last Tuesday, Kyle Rittenhouse grabbed an AR-15 style rifle and joined several other armed people in the streets of Kenosha, where businesses had been vandalized and buildings burned following a police shooting that left Jacob Blake, a Black man, paralyzed. By the end of the night, prosecutors say, Rittenhouse had killed two people and severely wounded a third.

Speaking during a White House briefing, Trump said Rittenhouse was being "very violently attacked" before he opened fire.

The night of the shootings, Rittenhouse is seen on video as a green-shirted figure running across a parking lot with a rifle followed by a man later identified as Joseph Rosenbaum, 36, according to a criminal complaint. Rosenbaum throws a plastic bag at Rittenhouse, misses, then five shots ring out, and Rosenbaum falls to the ground. He later was declared dead.

“I just killed somebody,” Rittenhouse says into his cellphone, according to the complaint, and he starts running and several people give chase. “Beat him up!” one person in the crowd says. Another yells, “Get him! Get that dude!”

Rittenhouse trips and falls. One man holding a skateboard appears to try to grab the gun from Rittenhouse. A shot rings out, and the man, Anthony Huber, 26, staggers away. He also died.

In the scuffle, lasting just seconds, Rittenhouse shoots a third person armed with a handgun, according to the complaint. That man, Gaige Grosskreutz, 26, has a deep wound to his arm but has survived.

After the shootings, Rittenhouse can be seen walking toward police with his gun slung over his shoulder and his hands in the air. Police riding in tactical vehicles roll right past him. He later turned himself in in his hometown of Antioch, Illinois, according to Kenosha Police Chief Daniel Miskinis.

"We're looking at all of it," Trump said Monday when asked if he would condemn Rittenhouse's actions. "That was an interesting situation. You saw the same tape as I saw. And he was trying to get away from them, I guess, it looks like. And he fell and then they very violently attacked him. And it was something that we're looking at right now and it's under investigation. But I guess he was in very big trouble. He would have been, he probably would have been killed. But it's under investigation."

Trump visits Kenosha Tuesday despite pleas from Wisconsin’s Democratic governor to stay away for fears of sparking further tumult. Trump said his appearance could “increase enthusiasm” in Wisconsin, which is a hotly contested battleground state in the presidential race.

His opponent, Joe Biden, had a different view.

“Tonight, the president declined to rebuke violence. He wouldn’t even repudiate one of his supporters who is charged with murder because of his attacks on others. He is too weak, too scared of the hatred he has stirred to put an end to it," Biden said in a statement Tuesday night.

At a hearing Friday, a judge postponed a decision on whether Rittenhouse, who is in custody in Illinois, should be returned to Wisconsin to face charges, including first-degree intentional homicide that could land him in prison for the rest of his life.