Thurston County K9 Arlo has a social media fanbase on TikTok. The public has contributed $40,000 for Arlo's care. A suspect in the chase was also hit by gunfire. 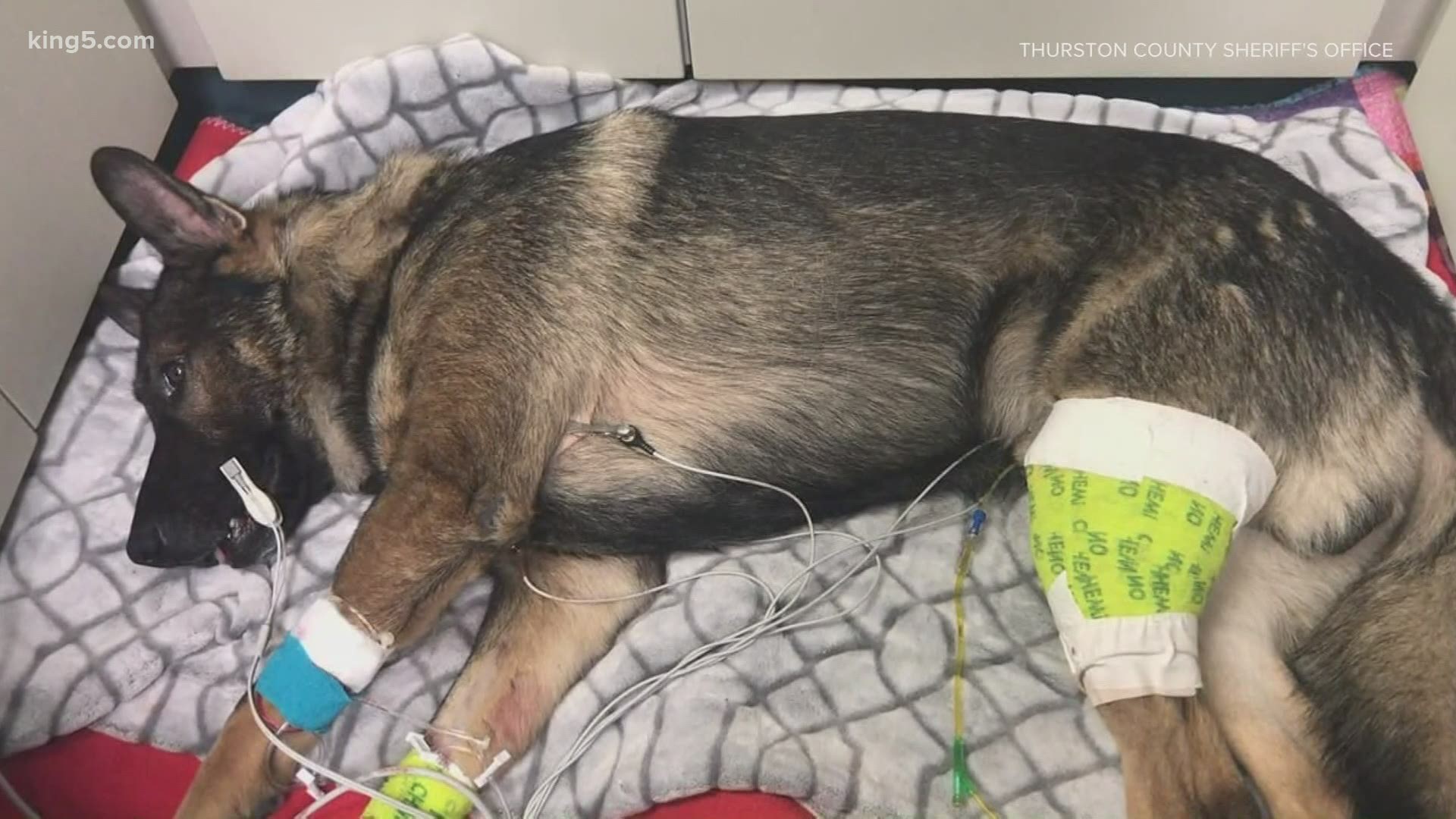 GRAND MOUND, Wash. — A Thurston County Sheriff’s Office K9 who was shot twice in a police chase will undergo further surgery after one of the bullets was found near his spine, the sheriff's office announced on Thursday.

Arlo and a suspect were injured when they were struck by gunfire following a police pursuit near Grand Mound Wednesday night.

The suspect, a 25-year-old man, was being pursued on Interstate 5 by Thurston County Sheriff's deputies and the Washington State Patrol.

According to the Washington State Patrol, shots were fired when law enforcement contacted the driver at milepost 88, and he and the K9 were struck.

The suspect was taken to the hospital in serious condition.

Law enforcement did not provide additional information about the shooting, or about the pursuit.

One of the bullets was discovered to be lodged near Arlo's spine, and the dog was set for transport to a veterinary neurosurgeon at Oregon State University, according to an update from the Thurston County Sheriff's Office. The Lacey Fire Department had volunteered to take Arlo to Oregon.

Arlo was in stable condition overnight but had "very high temperatures." It was estimated that he would be in surgery for eight to 10 hours.

No other law enforcement officers were injured in the shooting.

The public has raised about $40,000 for Arlo's care. Arlo and his human partner, Deputy Tyler Turpin, are popular on the social media app TikTok, with about 65,000 followers.

The shooting is being investigated by the Region 3 Critical Incident Investigation Team, headed by the Mason County Sheriff’s Office. 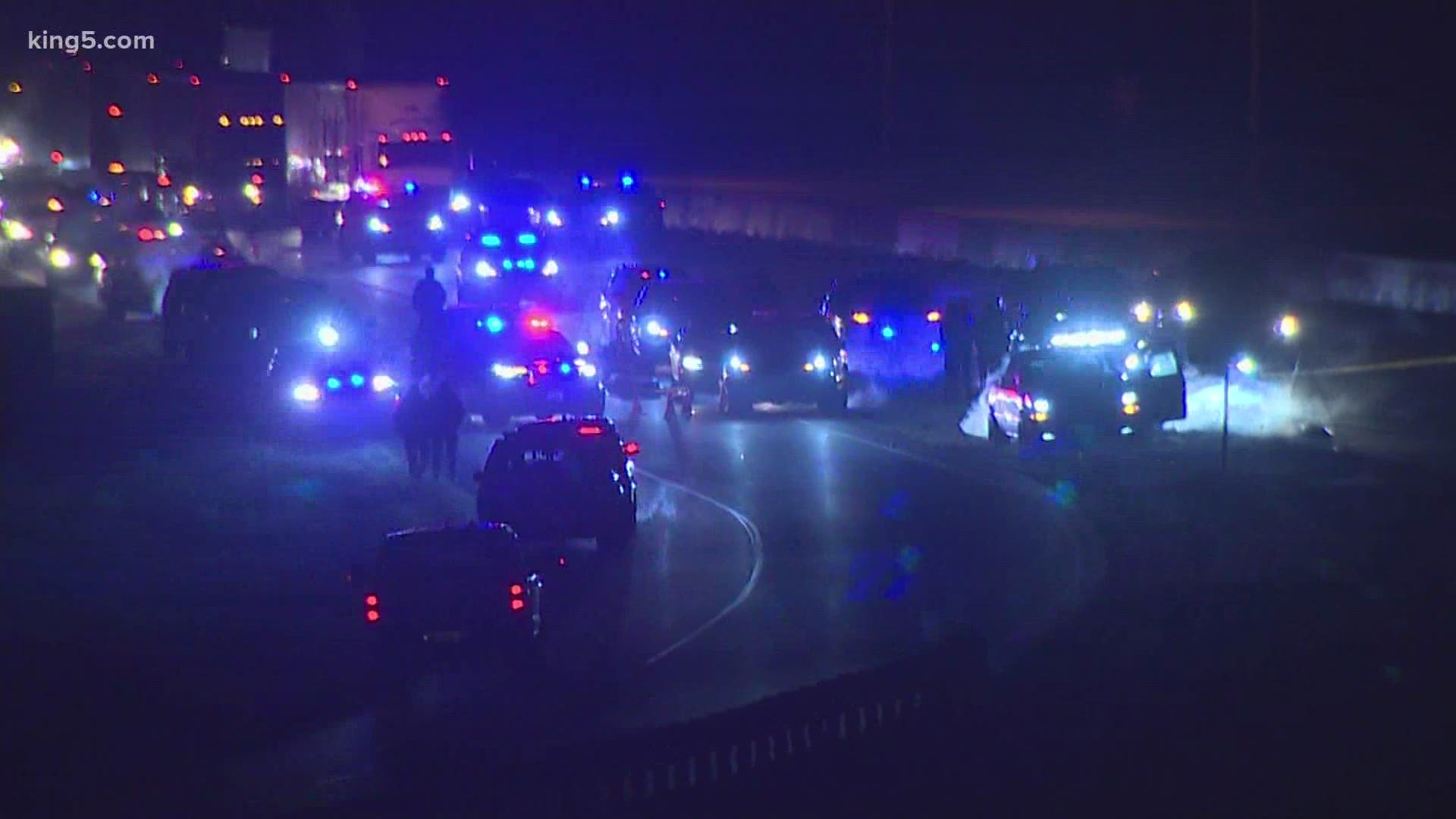