The 3D crosswalk at a Massachusetts school appears to rise up off the street. 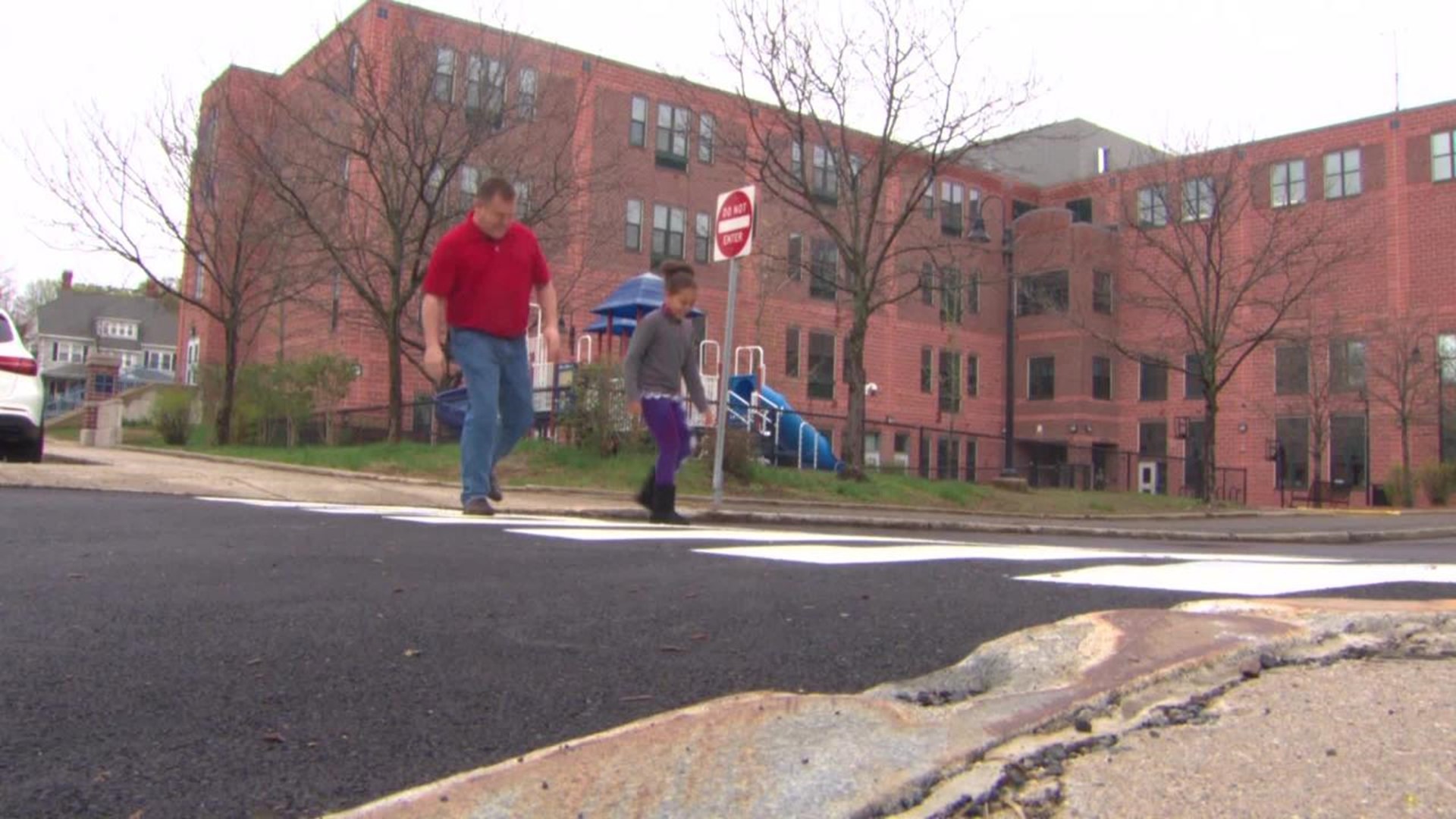 MEDFORD (CBS BOSTON) – It’s a crosswalk that makes you stop and think, with the emphasis on the “stop.” The 3D crosswalk at a Massachusetts school appears to rise up off the street.

The multi-dimensional message is simple: slow down. “I love it. It looks amazing. Exactly how I pictured it and more,” says 10-year-old Isa, a 4th grader at the Brooks Elementary School in Medford.

She’s talking about an amazing illusion, painted on the driveway of her school. It appears to pop right up at you.

“When you’re walking across you can tell it’s painted, but what we hope is, when you’re driving down, you’ll see it as 3D, three dimensional. So it looks real,” she says.

And that will encourage drivers leaving the school to stop.

The unique crosswalk is the brainchild of Isa and her friend, Eric. They wanted to do something when Eric’s brother had a close call with a car. “We were thinking of a way we could do something to help make the street safer,” Isa says.

The kids are part of the Center for Citizenship and Social Responsibility (CCSR) in Medford, an organization that encourages young people to get involved in the community.

“I think it’s great. It certainly would make me stop,” says Mike Coates, a Brooks teacher and advisor for the CCSR. He says the kids worked with the city’s bureaucracy to make the project happen. “It’s a great example of them sticking to an idea and going through all the steps and talking, in this case, to all the adults and all the powers that be,” Coates says.

It took a year before the project got the green light. “Books don’t teach you this. Civic engagement is something that you see happen. You see success, and then you try to emulate it and do more,” says Medford Mayor Stephanie Burke.

The actual painting was done by local artist Nate Swain. The city plans to add 3D crosswalks to the other three elementary schools in Medford by this summer.