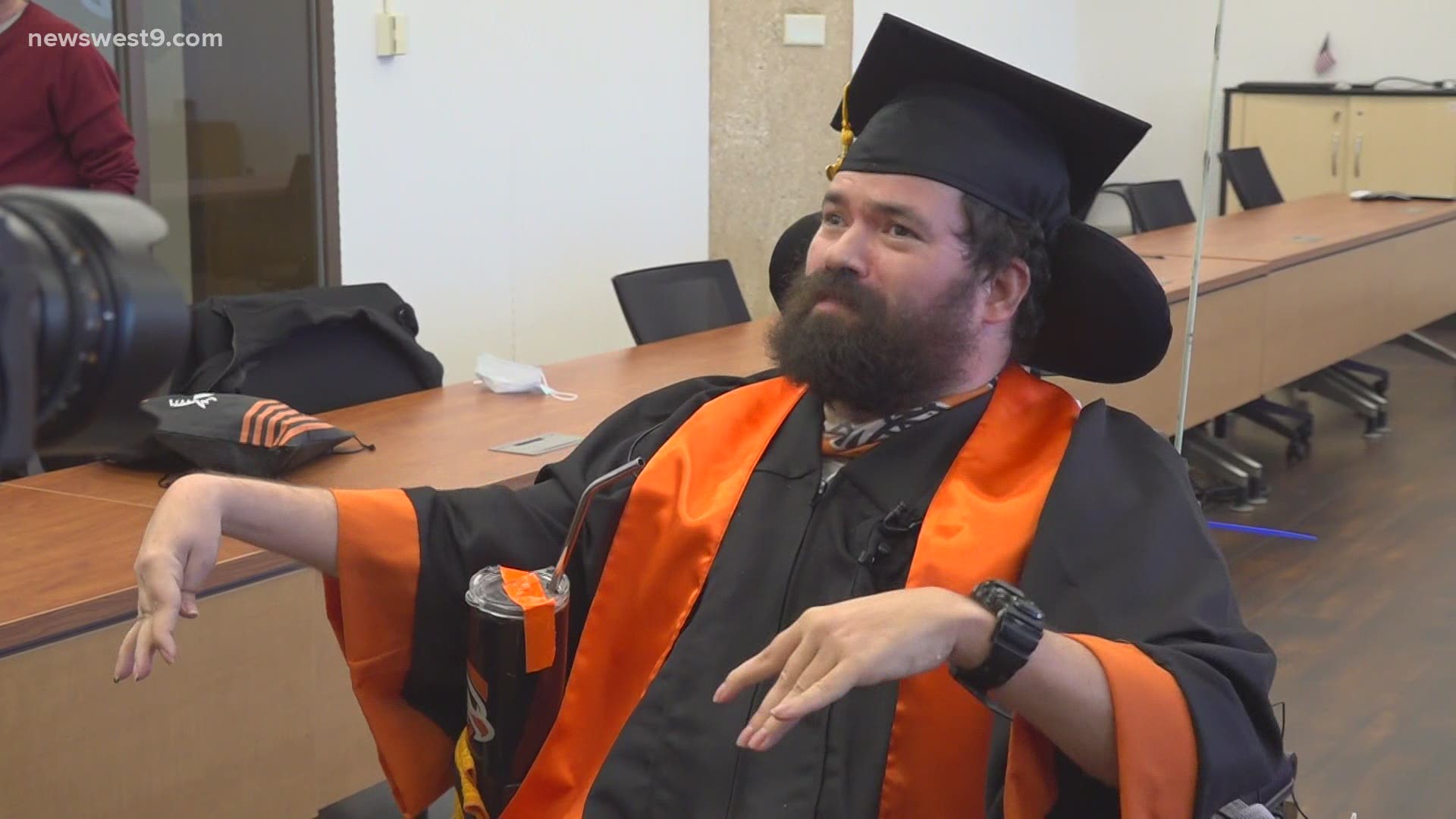 ODESSA, Texas — A UTPB student received his degree Thursday after much hard work.

Romeo Ramirez suffers from cerebral palsy and is wheelchair-bound, but didn't let this get in the way of his education.

He recently earned a bachelor's degree in Criminology from the school.

Romeo was presented with his diploma by Dr. Kiekbusch on Thursday at the Mesa Building.

Ramirez is also known as Mr. UTPB, he received the name after getting a UTPB logo tattoo on his arm.

Ramirez is currently working on getting into graduate school for criminology.