Authorities say Bluuejaye Enriquez has been missing for about a week. 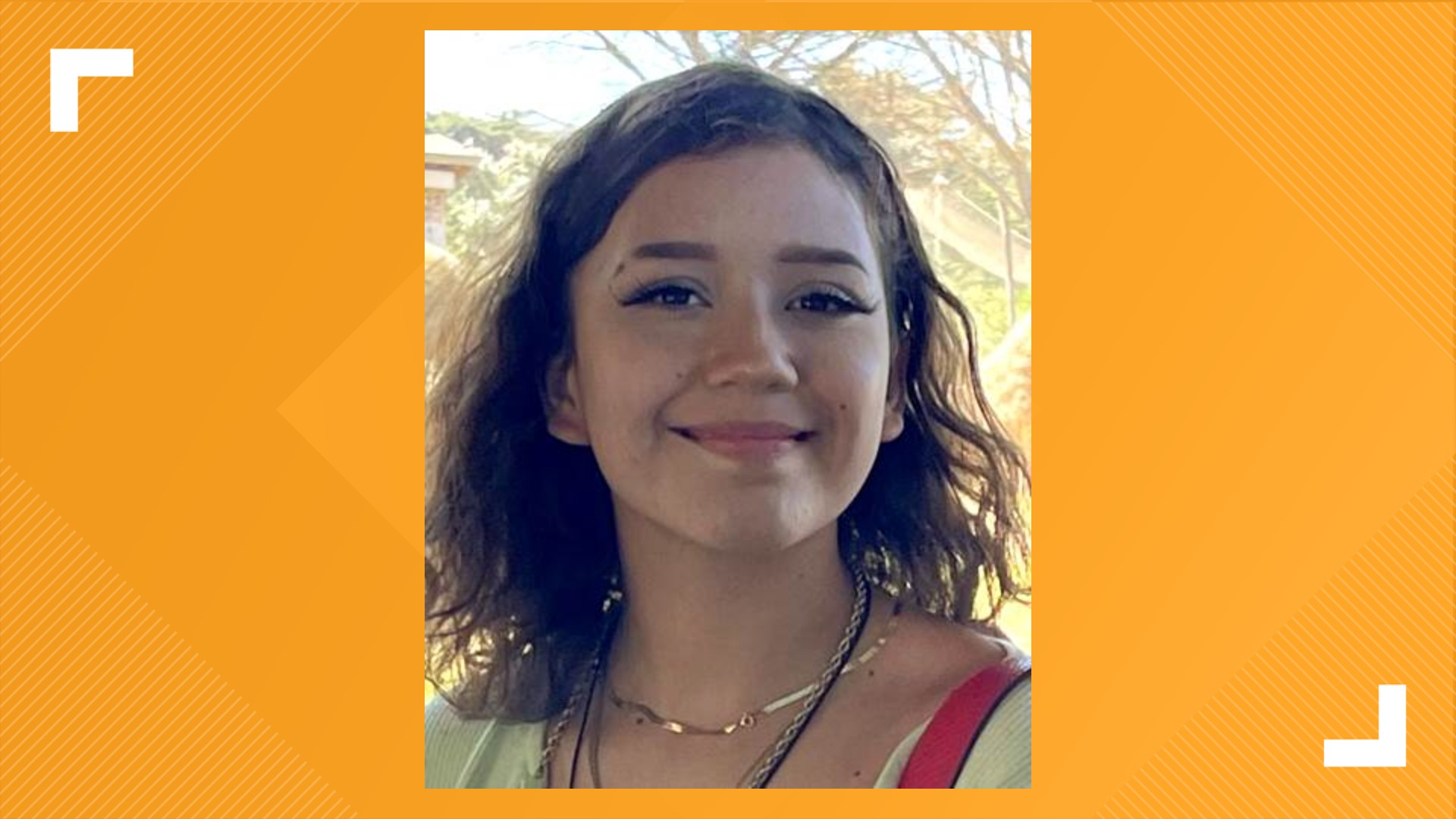 SACRAMENTO, Calif. — Over in South Hagginwood, missing person posters line the streets where 16-year-old Bluuejaye Enriquez's iCloud account was last pinged. Authorities say she's been missing for about a week.

It's left the teenager's mother terrified and desperate for answers.

"I love her unconditionally, and no matter where she's at or what she's doing, I love her... I just need a sign that she's okay," Janice Enriquez, Bluuejaye's mother.

After seven sleepless nights, Enriquez says her family feels alone in the search for her daughter, a biracial young woman of Hispanic and American Indian heritage.

"If she was a different color, it would be completely different but because she's a little Hispanic girl and we live in a lower class neighborhood, they think, 'oh, she's got to be on drugs or doing something.' But she doesn't. She's a smart girl," Janice said.

The Sacramento Police Department confirmed the missing persons report and says there are no signs of suspicious or foul play. It's believed she ran away.

According to the National Center for Missing & Exploited Children, a vast majority of its cases are teens, ages 15 to 17, who run away. In 2020, White and Black children made up the highest number of cases.

► GET THE LATEST LOCAL NEWS: Get news updates in your email with the Daily Blend newsletter. Sign up at www.abc10.com/email

Of 1,800 cases in California reported to the organization in 2020, nearly 330 are missing children cases are still active. Enriquez says it's seldom talked about.

"We need to change that, you know? Me, as a mother seeing this, I think something needs to change, especially with children of color," she said.

Anyone with information about Bluujaye's whereabouts are asked to call 1-800-THE-LOST or Sacramento Police Department. She was last seen a week ago on Sept. 15, 2021.

Inside the Sacramento Police Academy | The Recruits