One of three surviving Tuskegee Airmen in Arizona dies at 95

Robert Ashby retired from the Air Force in 1965 as Lieutenant Colonel after 21 years of service. He went on to become the first African-American hired by Frontier. 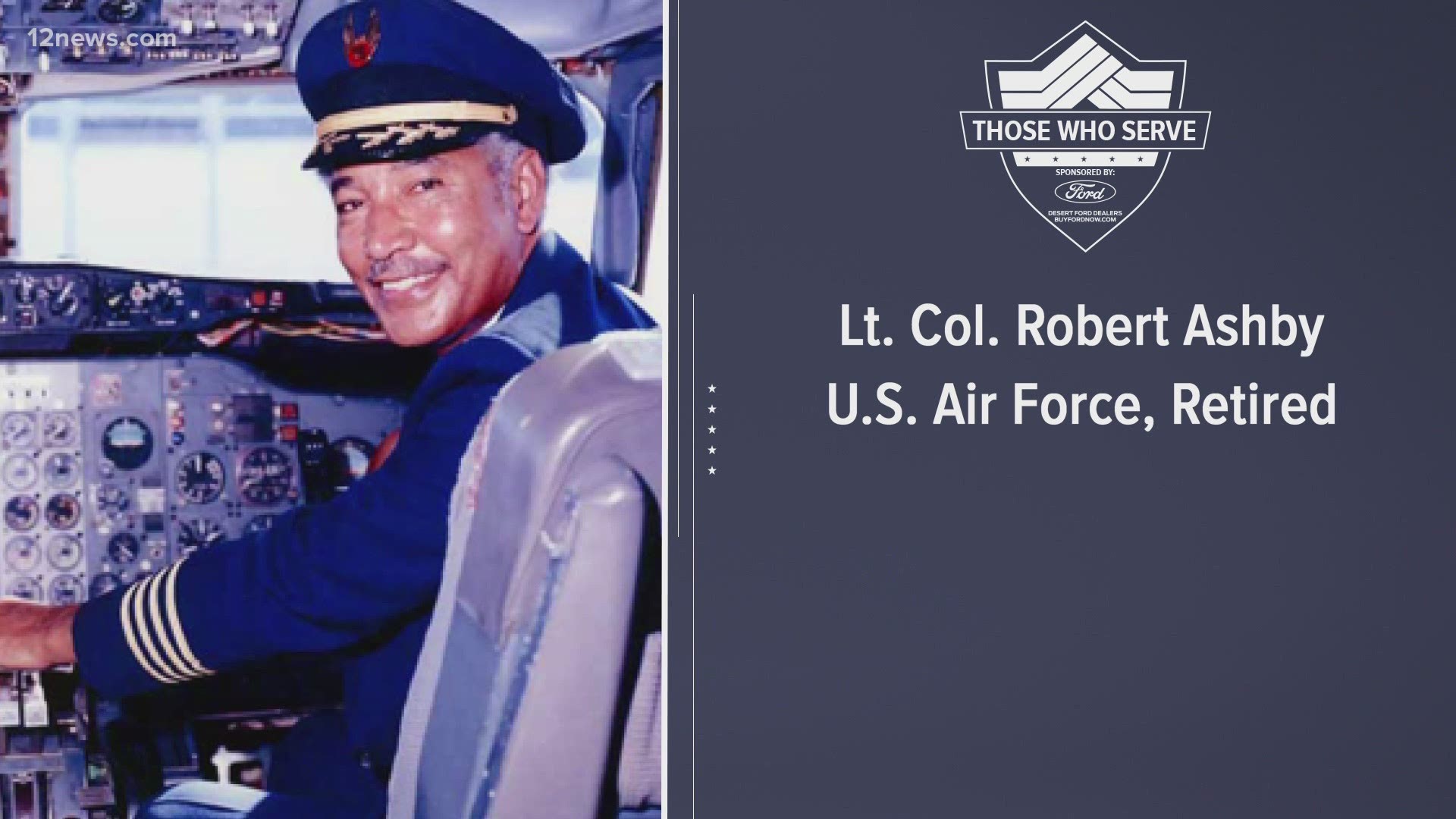 SUN CITY, Ariz. — One of the last surviving Tuskegee Airmen in Arizona died last week in Sun City, according to officials.

Ashby was the first African-American hired by Frontier Airlines. He was one of three surviving Tuskegee Airmen in Arizona.

According to the Archer-Ragsdale Arizona Chapter of the Tuskegee Airmen, Ashby looked into pilot training when he was in high school in the 1940s after hearing of the experiences of black pilots in the 99th Pursuit Squadron of the U.S. Army Air Corps at Tuskegee, Alabama.

At 17 years old, Ashby enlisted in the Army Air Corps Aviation Cadet program and was called to active duty in August 1944 after graduating from Ferris High School in Jersey City, N.J.

Ashby was assigned to Keesler Field in Mississippi for basic training and in Dec. 1944, he was sent to Tuskegee to begin aviation training.

As Second Lieutenant, Ashby was assigned to Japan as a part of the U.S. occupying force. According to a release, Ashby was rejected by two white flying units because of his color as the Army was still segregated. Ashby was removed from pilot status and assigned to a black company in the Quartermaster Department in Tokyo.

In May of 1949, Ashby was reassigned to the black unit at Lockbourne Airfield in Ohio and was reinstated to flying status. In Aug. 1949, Ashby was assigned to Wright Patterson Air Force Base for a short tour, then to Cleveland Municipal Airport to a Reserve Troop Carrier Wing. In Cleveland, he trained Reserve weekend warriors in the T-6 and C-46 aircraft.

During his career in the Air Force, Ashby also attended University of Maryland and UCLA college programs.

Ashby began a commercial aviation career after retiring from the Air Force. He started as a flight operations instructor with United Airlines in 1965. In 1968, Ashby helped write the training program for the 747 aircraft, including the curriculum, the objectives for the 747, and the instructions for the aircrews.

In 1973, Ashby was employed by Frontier Airlines and was promoted several times. Ashby logged more than 20,000 flying hours with Frontier. He was the first African American pilot to reach mandatory retirement age (60 years) with a major airline. Ashby retired on July 17, 1986.

Ashby is survived by his wife, Dorina and three sons. Funeral services will be private due to the continued pandemic.