Driver charged after investigation into suspicious truck near Nashville

Witnesses heard the driver of a box truck playing audio “similar to what was heard” before a recreational vehicle exploded in downtown Nashville on Christmas Day. 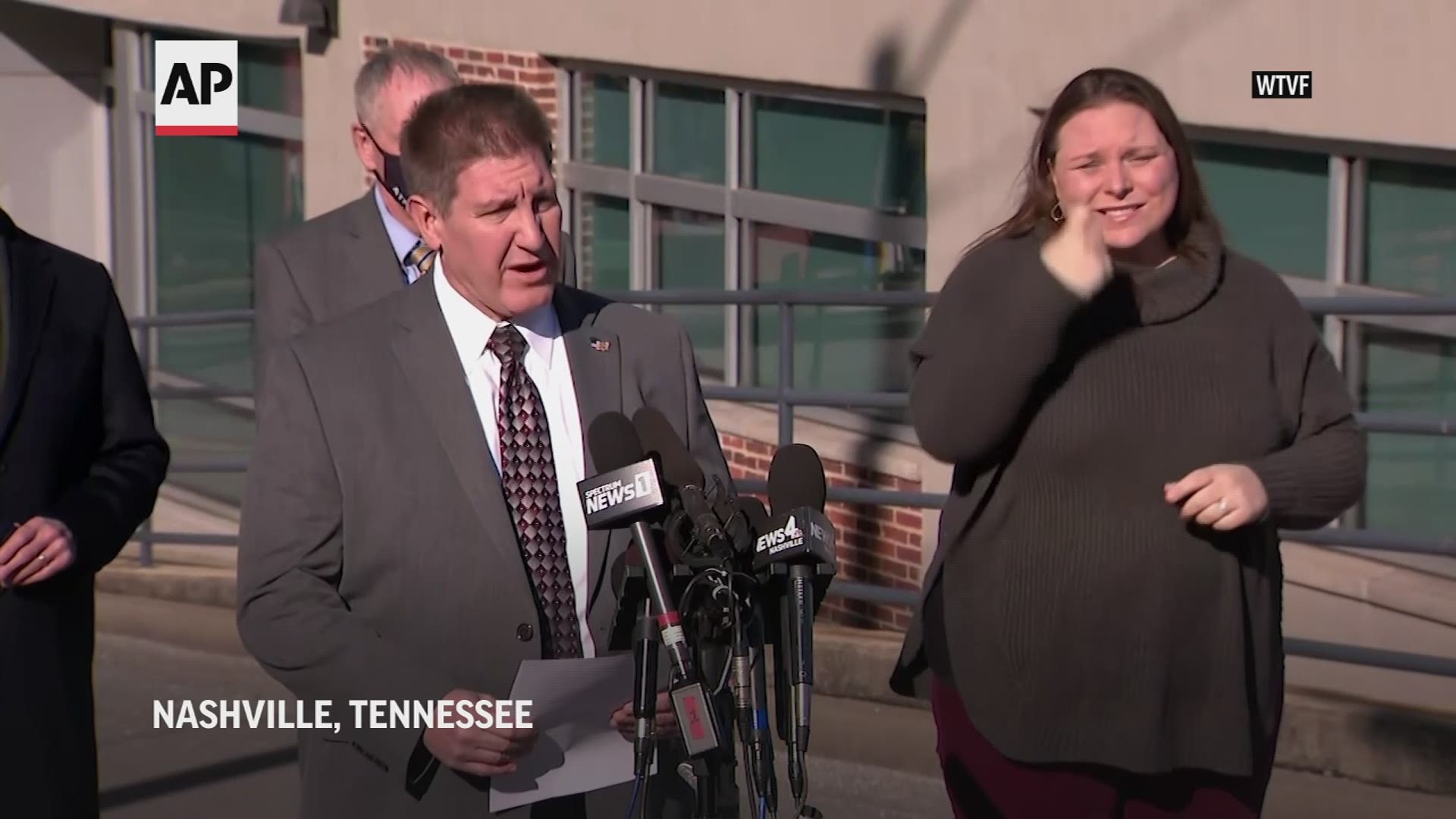 A sheriff's office in Tennessee says the driver of a box truck that was heard playing audio at a convenience store outside of Nashville has been booked into jail on felony charges.

The Rutherford County Sheriff’s Office says members of a church and customers at the nearby market where the white box truck was spotted Sunday morning heard the driver playing audio “similar to what was heard” before a recreational vehicle exploded in downtown Nashville on Christmas Day.

Sgt. Steve Craig says deputies were called to investigate reports of the truck driver playing audio “loudly” outside the market, and later learned that the man was also accused of similar actions outside a church during a service.

The sheriff's office said in a statement that 33-year-old driver James Turgeon has been detained and charged with two counts of felony filing a false report and one count of tampering with evidence. Officials say Turgeon received the evidence tampering charge because he “damaged the speaker system wiring intentionally."

Earlier in the day, the Rutherford County Sheriff’s Office said on Twitter that law enforcement officials had shut down a section of highway in Wilson County, just east of Nashville, to investigate the truck.

Sheriff’s officials said the truck had been playing the audio when it was parked at a convenience store around 10:30 a.m. at the Crossroads Market in Walter Hill. The driver left the parking lot and was pulled over by deputies in nearby Wilson County. Officials said the driver has been detained by law enforcement.

The Tennessee Highway Patrol said a robot was sent to investigate the truck and no device was found.

Robot is coming back to the truck. pic.twitter.com/2PuOt4ItKS

Before the RV blew up on Christmas Day, it blared a recorded warning calling for people to evacuate, and then the 1964 song “Downtown” by Petula Clark. Sheriff's officials did not specify what the box truck was playing on Sunday that caused them to investigate.