Remembering all 9 victims in the California helicopter crash

NBA legend Kobe Bryant, his daughter and seven others were killed Sunday when their helicopter crashed into a hillside in dense fog in Calabassas, California. 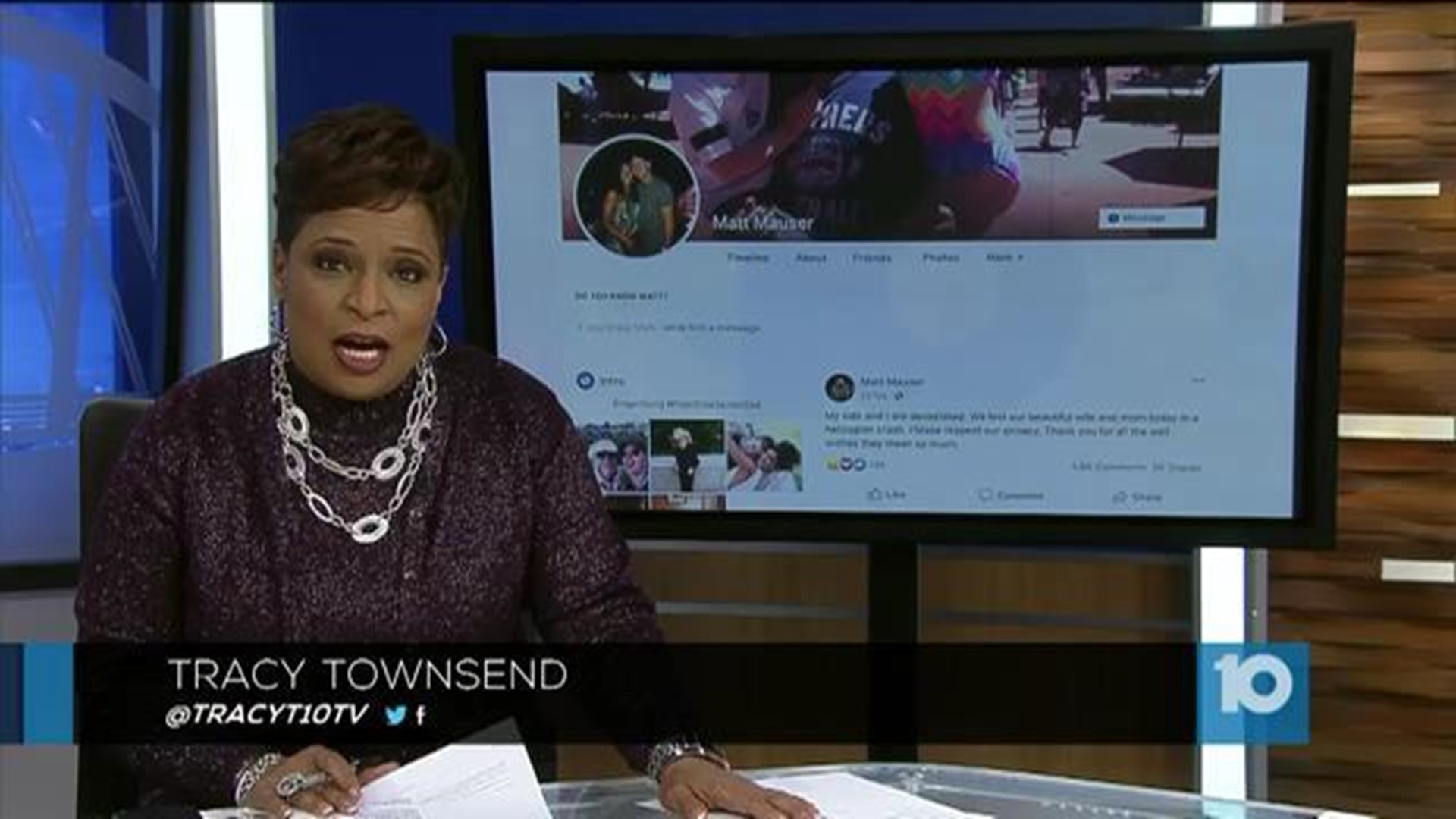 NBA legend Kobe Bryant, his daughter and seven others were killed Sunday when their helicopter crashed into a hillside in dense fog in Calabassas, California. Bryant's sudden death at age 41 touched off an outpouring of grief for a star whose celebrity transcended basketball.

The passengers were on their way to a basketball game when the chopper went down. The helicopter was flying in foggy conditions considered dangerous enough that local police agencies grounded their choppers.

The helicopter's flight path shows it going from Orange County to the San Fernando Valley and then hovering over the Glendale area as it waited for clearance to travel through the Valley to Calabasas. The tracking ends at the crash site in Calabasas.

Here is a look at the nine people who died in the crash:

In this March 28, 2016, file photo, Los Angeles Lakers forward Kobe Bryant waves to the fans after his introduction before the start of the first quarter of an NBA basketball game against the Utah Jazz, in Salt Lake City. (AP Photo/Rick Bowmer, File)

An 18-time NBA All-Star and two-time Olympic gold medalist who won five championships, Kobe Bryant was the league MVP in 2008 and a two-time NBA scoring champion. He also won an Academy Award in 2018 for his contributions to "Dear Basketball," an animated short about his relationship to the game.

Kobe Bryant's 13-year old daughter Gianna was among those killed. Gianna — often called "Gigi" — was the second oldest of Bryant's four daughters. Bryant had coached Gianna's AAU basketball team out of his Mamba Sports Academy training facility in Thousand Oaks for the past two years.

In 2018, Kobe Bryant told Jimmy Kimmel that his daughter has aspirations to be a pro basketball player. He add that he expected her to carry on her legacy.

"This kid, man... the best thing that happens is when we go out, and fans will come up to me," Bryant said. "And she'll be standing next to me, and they will be like, 'you gotta have a boy, you and V gotta have a boy man, to have somebody carry on the tradition, the legacy.'

John Altobelli was the head baseball coach at Orange Coast College in Costa Mesa. His wife Keri and their daughter Alyssa were also on board.

CBS Boston reports Altobelli was a former coach of the Brewster Whitecaps on Cape Cod. Altobelli also managed players who eventually made the big leagues, including Yankees slugger Aaron judge.

The husband of Christina Mauser posted on Facebook that she died in the helicopter crash. Mauser was a basketball coach at Harbor Day School in Newport Beach, where Kobe's daughter attended school.

"My kids and I are devastated. We lost our beautiful wife and mom today in a helicopter crash," Matt Mauser wrote on Facebook. "Please respect our privacy. Thank you for all the well wishes they mean so much."

Sarah Chester and her middle school aged daughter Payton were on also on board.

The helicopter was piloted by Ara Zobayan. According to the FAA, he received his commercial pilot certificate in 2007.

Friends have identified the pilot as
Ara Zobayan. He taught aspiring heli pilots to fly and was very much loved in the aviation community. They wrote “rest easy as you take your final flight to heaven.”@KTLA #KobeBryant pic.twitter.com/8pQh9eNJTk