House Bill 358 would ban transgender women and girl's from competing on high school and college teams in North Carolina. 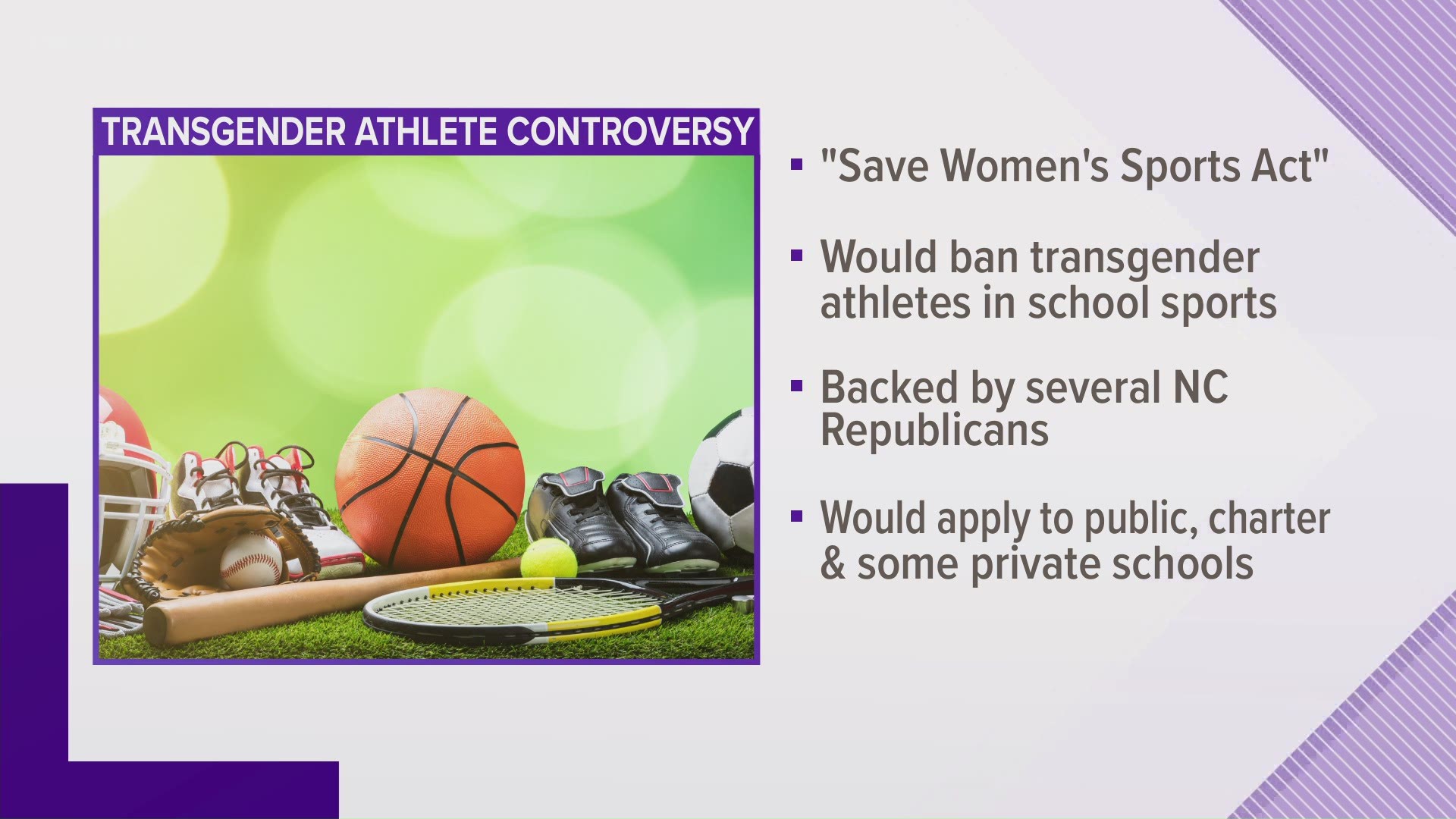 Editor's note: The video attached to this article is from a similar bill in South Carolina.

House Bill 358, known as the "Save Women's Sports Act," filed this week comes as legislators in nearly 30 other states have proposed similar prohibitions. At least two states have passed laws. Bills in Idaho and Mississippi have become law, while others are being debated in several other legislatures.

A bill sponsor said on Tuesday that he wasn't aware of public controversies surrounding transgender athletes in the state but wanted to be proactive. The bill would apply to all public and charter schools in North Carolina, as well as any private schools that are part of the state athletic association.

The LGBT rights group Equality North Carolina opposes the bill as discriminatory. The measure would allow “biological female students” to sue if the law was violated.

"HB 358 is rooted in invasive and inappropriate questions about the sex assigned to young people at birth and outdated generalizations about male and female bodies. Trans youth belong on sports teams in alignment with their gender identity," the group said in a press release.

RELATED: 'I had a child who did not smile' | Missouri father goes viral with plea about transgender bill