Waddling into the spotlight are the stars of Netflix's 'Penguin Town'

The yearly visitors to South Africa's Simon's Town are now the stars of their own Netflix series. 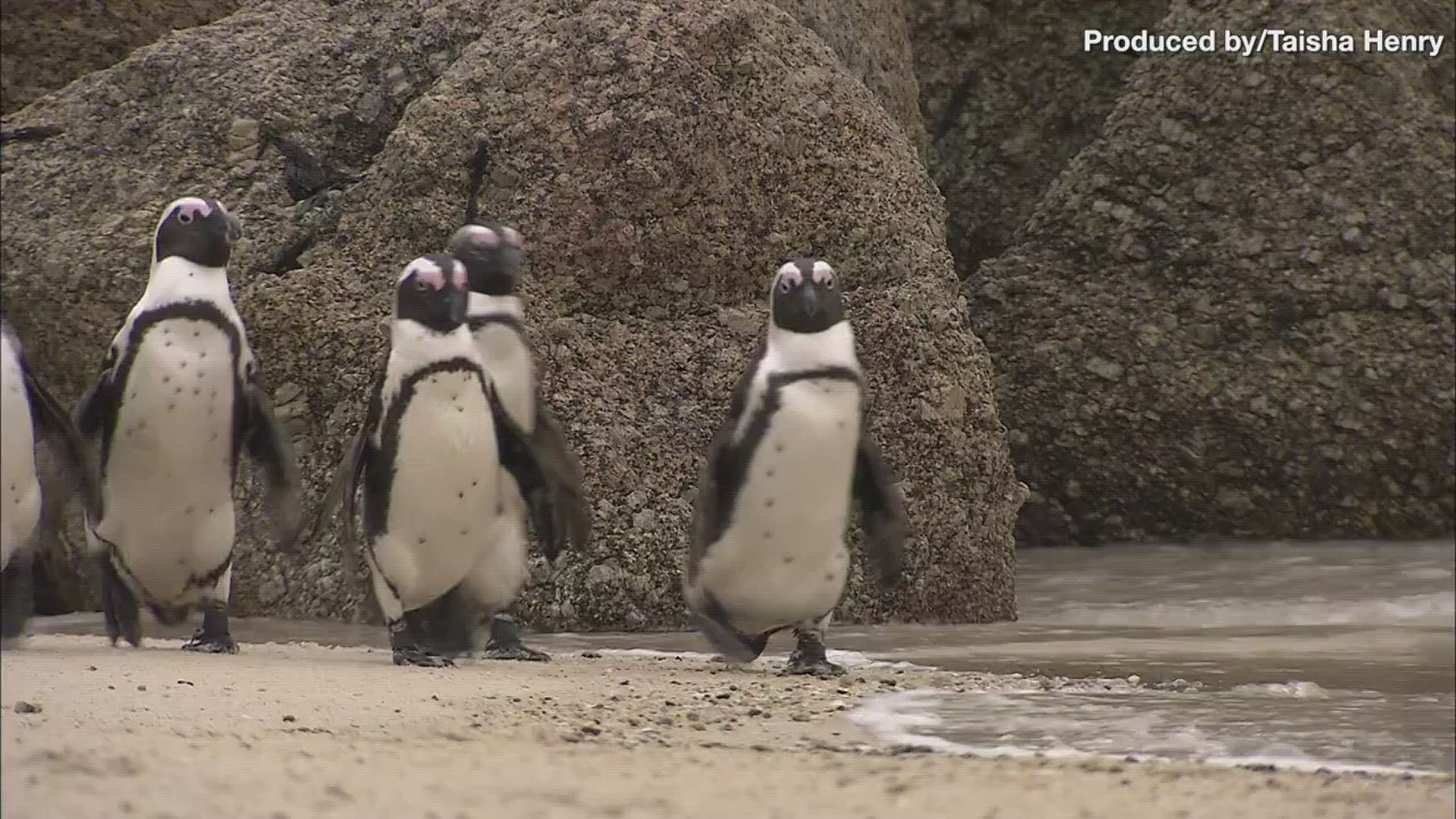 NEW YORK — They arrive every year in their snazzy black and white tuxedos, causing traffic jams and clamoring for quality real estate.

Endangered African penguins have long been a source of delight to visitors of the South African community of Simon's Town, mixing with humans as they go about their penguin tasks, which includes the important one of finding a nest and breeding.

Now these critters are the stars of a new eight-part series on Netflix starting Wednesday called “Penguin Town,” which follows several of the birds and reveals their personalities, from a middle-aged pair nicknamed “the poster penguins for monogamy” to a young bachelor looking for his first mate.

“It became very clear very quickly that this was like watching a reality show like ‘Love Island’ or ‘Big Brother,’” said Cayley Christos, a field producer on “Penguin Town” and co-owner at production company Red Rock Films.

“I know people don’t love anthropomorphizing all the time, but it’s hard not to do when they so clearly have these personalities," she added. "And so we didn’t really have a choice but to make it really personal.”

The show is narrated by comedian Patton Oswalt, a veteran at voiceover work. “I jumped at the chance because I watched a lot of the raw footage and I was just kind of bowled over how enchanting and sweet it was.”

Among the some 1,000 breeding pairs that arrive each mating season, the filmmakers capture relatable characters, including a whimsical misfit they call “Junior” and a pack of troublemaking penguins known as the “Car Park Gang.”

“You really do kind of latch on to some of these personalities,” said Oswalt. “You follow all these little stories and you’re rooting for these guys.”

Behind the sweetness is serious business. Only 2% of the African penguin population is left from the number that the existed 100 years ago. Christos cites estimates that the species has about 10 years left before extinction.

“Living among people isn’t easy. It’s not the best place for them. They really should be on an island, but they have no choice. They’d rather face these huge giants walking around them all day long than die,” she said.

The flightless, aquatic birds first started showing up in Simon's Town on the Western Cape in the early 1980s as boat traffic around their natural habitat increased. They usually arrive in November and stay for six months.

“Slowly, slowly, slowly they realized that this was quite a safe, nice place to be. They weren’t getting attacked by land predators,” said Christos.

Initially, the arrival of the colony was greeted with some dismay by residents. “Like any good wildlife, they march around and they poop in people’s gardens. And so I think it’s been an interesting adjustment,” she said.

Townsfolk soon realized that the penguins were a tourist draw and a potential source of income. “They really are gods in that town and everybody’s businesses are named after them.”

The team from Red Rock Films initially focused on about 80 nests and then whittled the list down to 50 pairs they would follow 24 hours a day. One more cut led them to a final five to concentrate on.

Filmmakers used all sorts of equipment to capture the penguins — nest cams, drones, waterproof cameras, special tripods and an antigravity rig. So committed to environmentalism was the 30-member team that they pledged to abstain from meat and fish during the eight-month shoot, eating an exclusively plant-based diet.

While light and fun, the series also may have something to say about how humans can live in peace with animals, finding a way to achieve mutual benefit.

“I love that the story shows that you can coexist. Even if it’s a water-loving crazy bird, you can live with them and it can be a peaceful coexistence. I think that’s a good recipe for us to take forward to any other species that that we come across,” Christos said.