James Driver had often talked about taking his daughter to her first day of kindergarten. 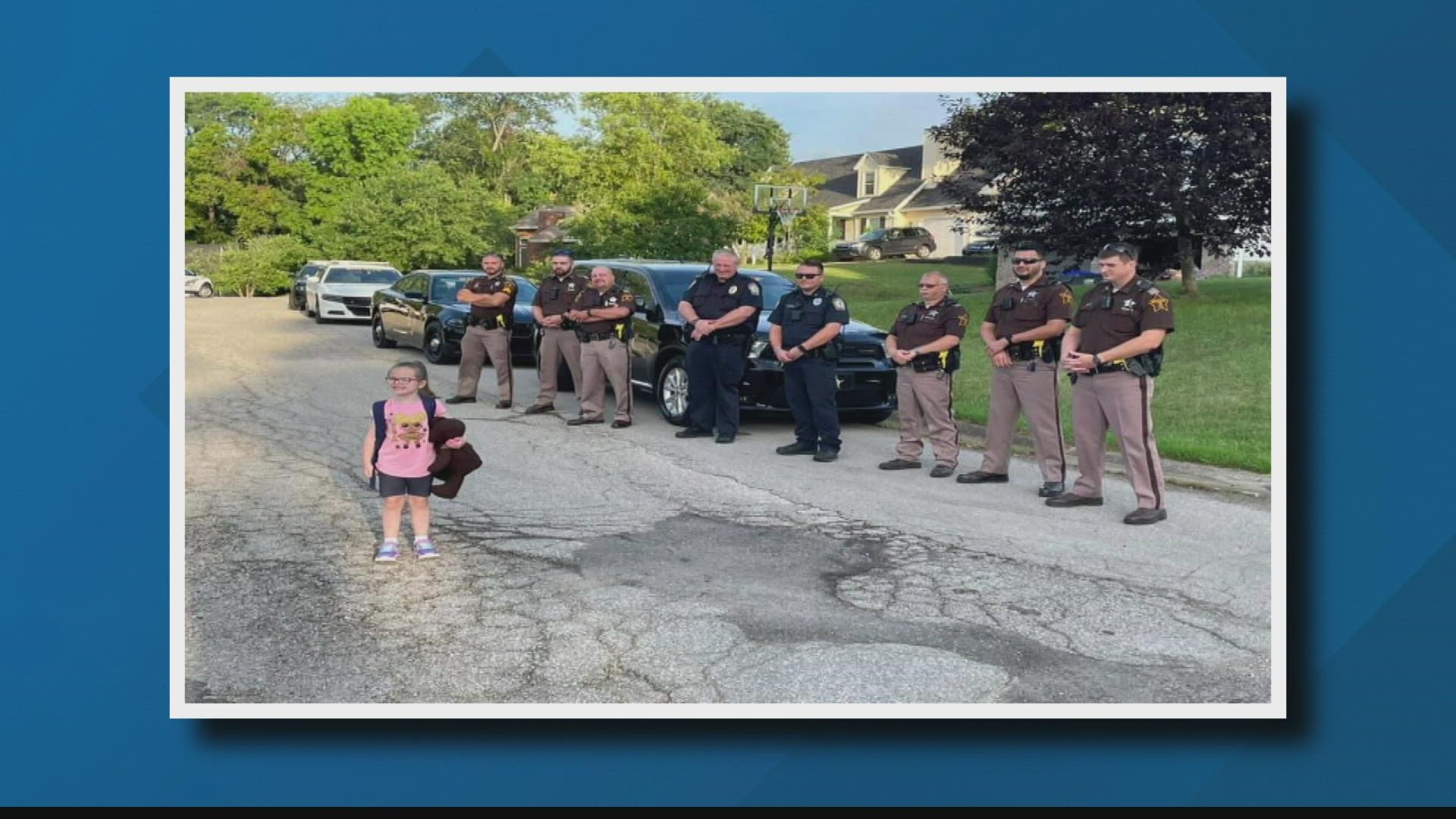 MONROE COUNTY, Ind. — In March, the Monroe County Sheriff's Department lost their colleague, James Driver, who was killed in the line of duty.

This week, many of the officers and deputies who were there when he died gathered again, this time for an important milestone for his little girl.

When Monroe County deputies and Ellettsville Police officers lined a street in Monroe County Thursday, it wasn't for a crime, but an act of compassion for a daughter without her daddy.

"Everyone that was there was determined to make sure that Lily knew that she wasn't alone even though her dad wasn't there," said Deputy Carlos Gaitani with the Monroe County Sheriff Reserve Division.

Lily's dad, Monroe County Reserve Deputy James Driver, died in the line of duty after a crash on State Road 45 on March 29.

While responding to an accident, a truck lost control and collided with his cruiser.

Driver, a native of England, was looking forward to becoming a U.S. citizen, becoming a full-time deputy and watching Lily, his princess, start kindergarten this year.

"That was his pride and joy. He was always talking about Lily all the time," Gaitani said. "He was looking forward to walking her to school, holding her hand and getting her on the bus. He had talked about that many times."

So when that day happened, without her dad, Driver's public safety colleagues came to the rescue.

"They were there to 'be James,' if you will, and everyone felt like that was critical to do," Gaitani explained.

They lined the street in front of her house and the bus stop for a special send-off to school. They also presented Lily with a teddy bear made from her dad's uniform.

A Monroe County dispatcher spearheaded that effort and got the bear through a nonprofit called Blue Line Bears. It was a pint-sized protector on this child's big day.

Credit: Rick Barton
Deputies gave Lily a "Blue Line Bear," made out of fabric from her father's uniform.

For Lily and the officers, it was also emotional.

From Lily's smile in the photos they took, the way she clutched her new teddy bear, it sure looks like mission accomplished.