This Mars simulator lets you experience the Perseverance rover landing

The latest NASA Mars rover is set to land Thursday. This 17-minute interactive simulator lets you watch it at multiple angles from entry to touchdown. 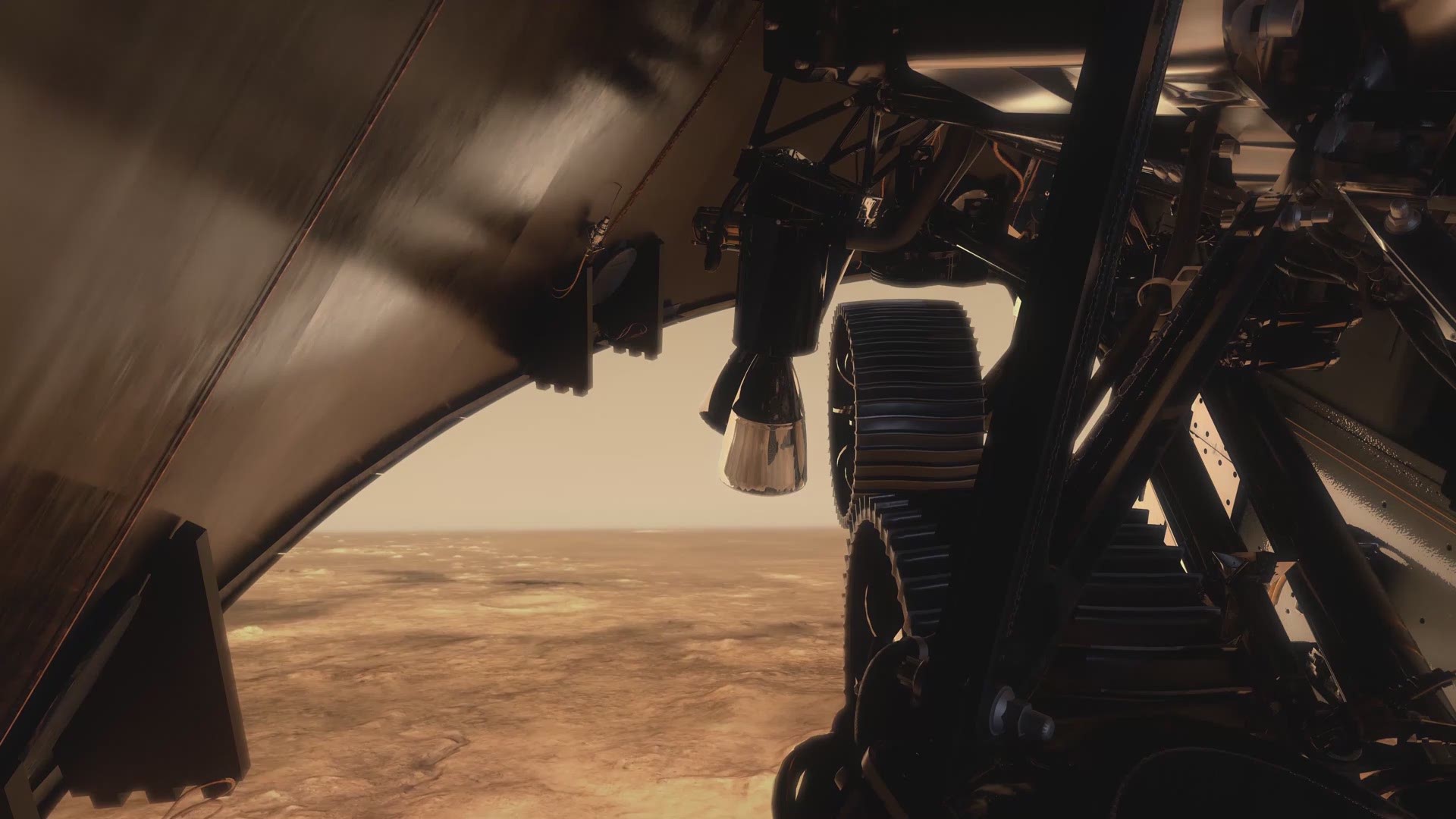 The Mars Perseverance Rover is set to land Thursday afternoon and NASA has prepared an animated interactive tool, which operates in real-time, to show how the approach and landing will happen. The "Entry, Descent and Landing" simulation lets the user zoom in and out, speed up or slow down the simulation and get a 360-degree view of everything.

About a minute later, thrusters stop the spacecraft from spinning. That's followed by the craft ejecting a pair of 154-pound balance masses to create the desired lift-to-drag ratio. At this point, it's about eight minutes until entry into the Martian atmosphere and 15 minutes until landing.

RELATED: Fly alongside Perseverance rover on journey to Mars with this app

With just under seven minutes until landing, the craft enters Mars' atmosphere. The outside of the spacecraft drastically heats while the vehicle also slows down. At this point, Perseverance is about 400 miles from its landing site and 82 miles above the surface.

During entry, small thrusters on the craft will adjust its angle and direction of lift as the vehicle encounters pockets of air.

With about three minutes until touchdown and eight miles above the surface, the spacecraft will eject six more balance masses to essentially become level with the ground. Seconds later comes something most people are accustomed to seeing in spaceflight -- a parachute is deployed.

Credit: NASA
The NASA Mars 2020 "Entry, Descent and Landing" simulation shows a parachute deployed from the spacecraft carrying the Mars Perseverance rover. Earth's relative position is seen in the background.

With less than 2 1/2 minutes to touchdown, the heat shield is separated. For the first time since it was loaded onto the spacecraft back on Earth, the Perseverance rover is exposed to the outside. Cameras and instruments immediately begin taking data.

Less than 90 seconds from landing, the pictures taken from the on-board cameras will be compared to previous maps. The spacecraft will make course adjustments if necessary. The altitude at this point is about 2 1/2 miles, far below the cruising altitude of your typical jetliner on Earth.

With 60 seconds until landing and 1.3 miles from touchdown, the backshell and parachute separate from Perseverance and its rocket-powered descent engine. The goal -- a gentle touchdown at low velocity.

At 69 feet to go, half the descent stages engines shut down and final velocity drops to 1.67 miles per hour.

With 15 seconds left, a set of 20-foot-long cables lower the rover away from the descent stage. Perseverance deploys its wheels.

Credit: NASA
The NASA Mars 2020 "Entry, Descent and Landing" simulation shows the Perseverance rover being lowered from its descent stage.

The moment Perseverance senses its wheels have touched Mars' surface, it cuts the cables and the descent module jets away for a few seconds, expending the rest of its fuel before crashing a safe distance away.

NASA says it recommends using a broadband connection and a Google Chrome browser for the best user experience with the simulator.