Miami manhunt continues for 3 shooters, amid grief for victims

Monday, police released a snippet from a surveillance video that showed a white SUV driving into an alley at a strip mall housing the banquet hall. 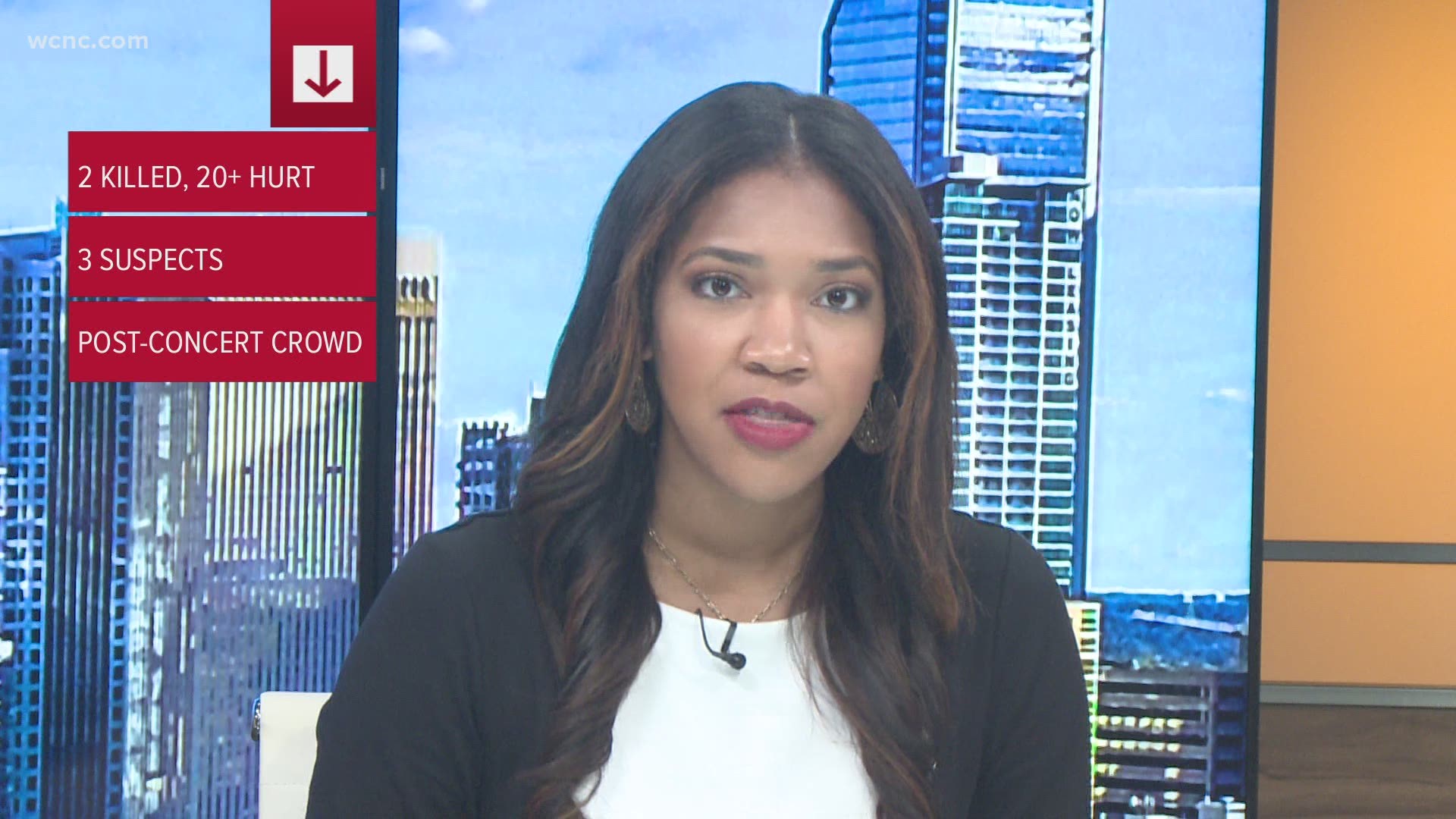 The search continued into Memorial Day for three masked suspects who opened fire early Sunday morning outside a Miami banquet hall, killing two men and wounding 21 others, in a shooting authorities said had spread terror and grief through their communities.

That anguish was reinforced Monday by a grieving father who interrupted a news conference just as the Miami-Dade Police Department's director, Alfredo "Freddy" Ramirez III, was decrying the weekend's gun violence and appealing for the community's help in tracking down the shooters.

"You killed my kid with no reason," the distraught man yelled out as he was escorted away from cameras. Police would later confirm that the man, Clayton Dillard, is the father of one of two 26-year-old men who were gunned down outside the banquet hall that was hosting a rap concert.

On Monday, police released a snippet from surveillance video that showed a white SUV driving into an alley at the strip mall housing the El Mula Banquet Hall in northwest Miami-Dade, near Hialeah. The video shows three people getting out of the vehicle, one gripping a handgun, while the other two carried what police described as "assault-style rifles."

That's when the gunmen sprayed bullets indiscriminately into the crowd, even though police said the assailants had specific targets in mind.

Ramirez told the Miami Herald that the shooters waited between 20 and 40 minutes before attacking shortly after midnight. Police said some in the crowd returned fire.

The video shows the three men returning moments later and drive off into the darkness. In all, 23 people were shot. In addition to the two fatalities, three others were in the hospital in critical condition. Because of privacy laws, police were not releasing the names of any of the victims.

Sunday's shooting came a little over a day after an drive-by shooting claimed the life of one person outside another venue about 13 miles (about 21 kilometers) away in the Wynwood area. Six others were injured. Some witnesses likened the scene to a "war zone" after a barrage of dozens of bullets sent people scurrying in the night.

"This is a weekend when we should be out remembering, enjoying time with loved ones, and instead we're here mourning," Miami-Dade County Mayor Daniella Levine Cava said at Monday's press conference.

"These despicable shootings in Northwest Miami-Dade and in Wynwood are shameful acts of violence that have left innocent people dead and injured," Cava said.

Police said Sunday's shooting appeared to stem from rivalries between two groups, but declined to refer to those groups as "gangs."

Businessman and TV personality Marcus Lemonis, star of "The Profit," pledged $100,000 toward a reward fund to help authorities capture the suspects.