Man says he's thankful for 7 years of sobriety this Thanksgiving, recovering from addiction 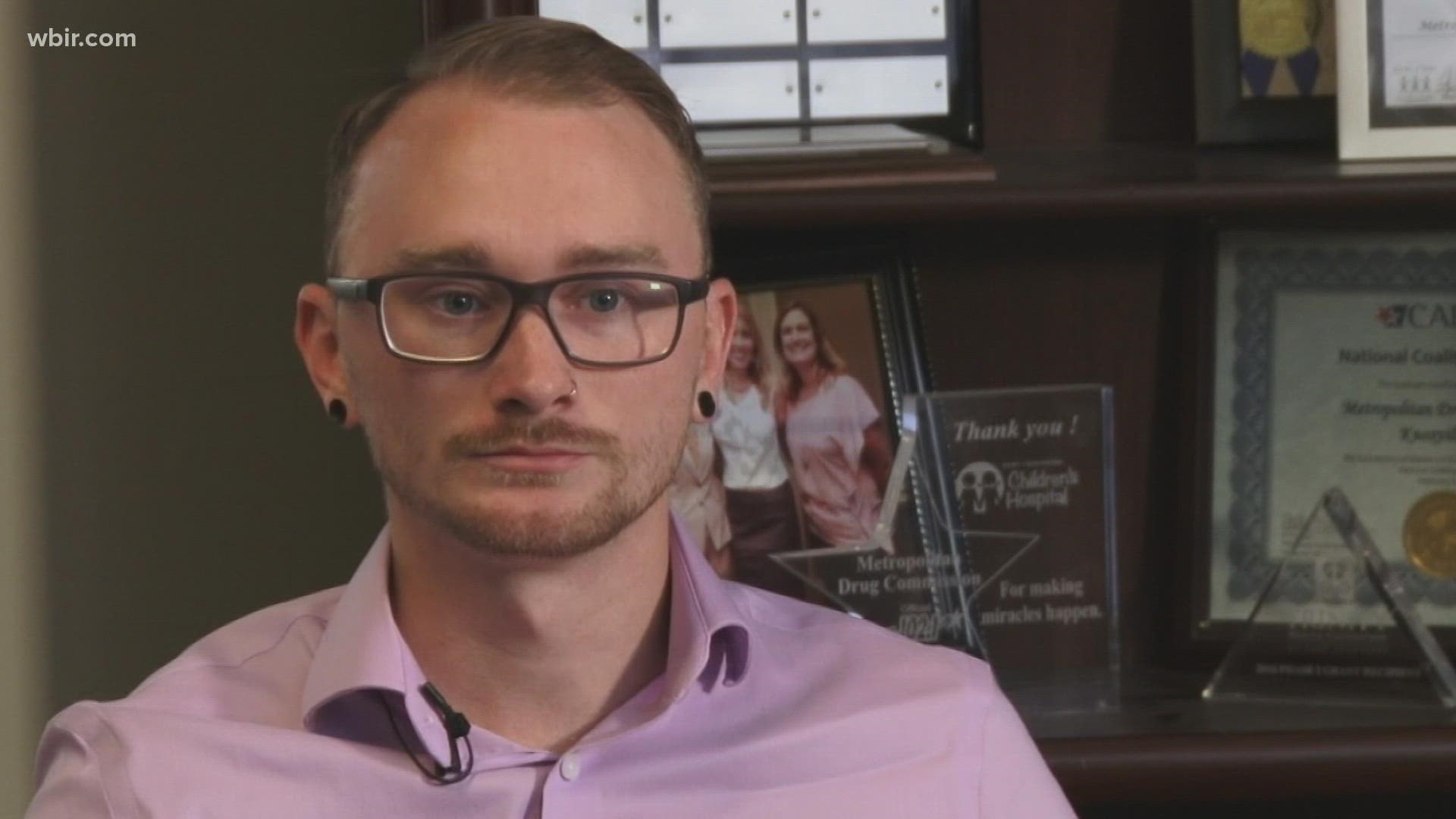 KNOXVILLE, Tenn — One Knoxville man, Justin Casevechia, had a tough childhood. His biological father was not around much as he grew up. Then, his brother died in a car accident when Justin was just 9 years old.

"I had a lot of abandonment issues when I was younger," Casevechia said. "It kind of pushed me away from everybody, not wanting to get as close."

For a while, he stayed away from drugs. But as he grew older, Casevechia began experimenting.

"I loved it. It was relaxing. It took me away," he said. "And it was a cigarette. Like, that's all it took for me to wonder."

He spent several years struggling with addiction until he ended up in jail.

"When I finally got caught, I was so relieved because I just could not stop using," he said. "I wanted to so desperately for years and I just didn't know how."

Casevechia said he struggled to get help because he didn't know anyone in recovery, he did not have money and he did not have insurance. He spent years running into those barriers before going to jail and getting into a recovery program immediately after.

"I have a family now. I have a wife and a child who have never seen me use," Casevechia said. "They let me purchase a house. I have a career now."

Casevechia said recovery has helped him achieve a life he didn't think was possible.

"In that first year, I was able to accomplish more than I ever thought I would. Much less, seven-and-a-half years later," he said. "I have more fun than I've ever had."

He wants those still struggling to know there's hope for them too.

"Reach out. Call somebody and tell them you're struggling before it's too late," he said. "Drugs nowadays are wild."