A ramp agent in Little Rock goes to infinity and beyond to return boy's lost Buzz Lightyear toy. 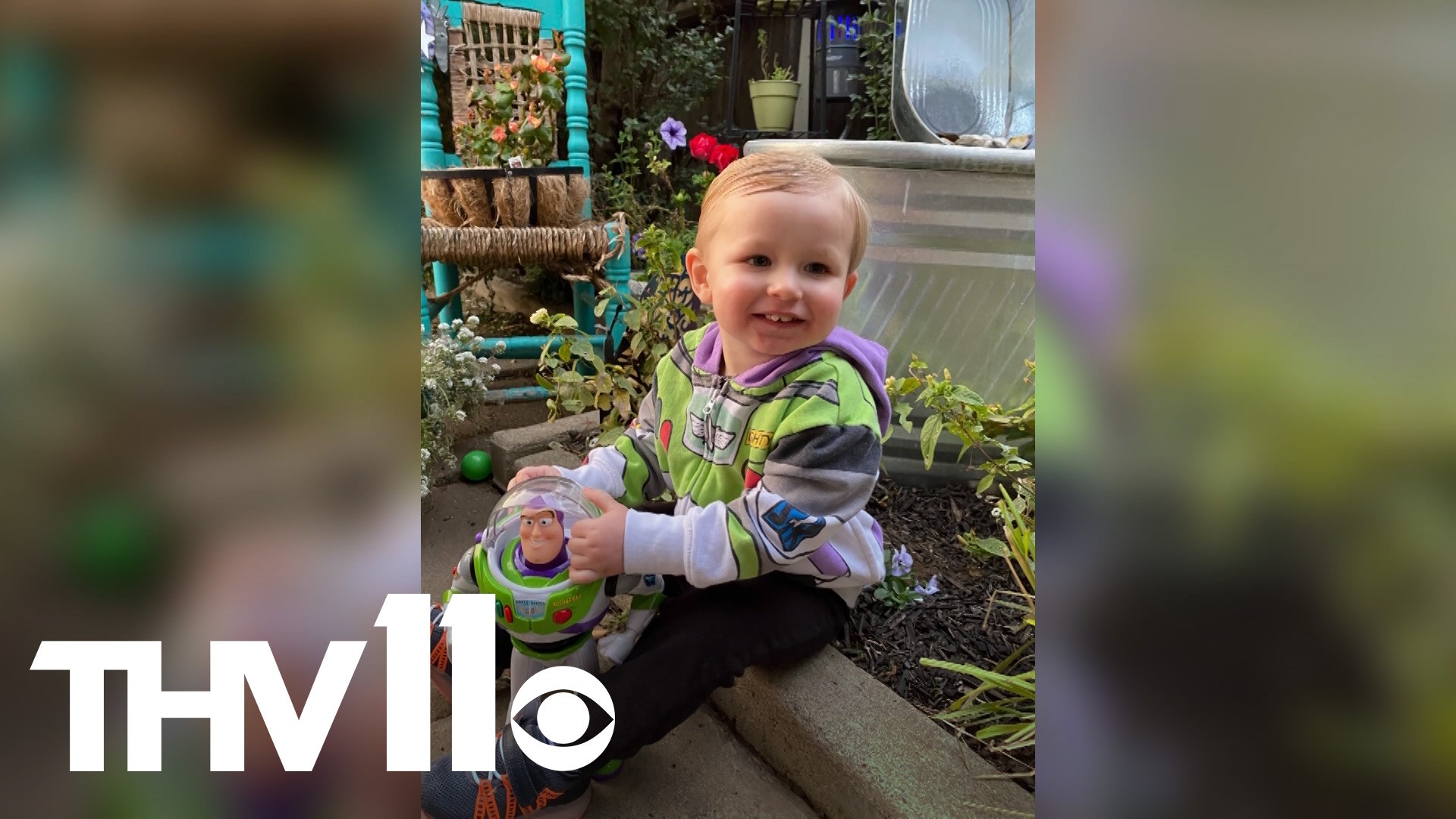 LITTLE ROCK, Ark. — A Buzz Lightyear toy was left on a Southwest Airlines plane in Dallas, TX. by 2-year-old Hagen. By the time the family noticed the toy was missing, the plane had already taken off to it's next destination — Little Rock.

"We were in the rental car and I was trying to get [Hagen] situated and he kept asking for Buzz, Buzz, Buzz! I thought he was in the backpack. He wasn't in the backpack," said Ashley Davis, Hagen's mom.

But Jason, a ramp agent in Little Rock, not only found the toy, he noticed the toy said Hagen on the foot.

So Jason and other Southwest Airlines employees, including Beth Buchanan, searched the passengers list and found one person with the name Hagen on the flight.

A few days later, Hagen and his family received a special surprise in the mail.

"I am just so happy that we got him back. Thank goodness that name Hagen was at the bottom of his shoe," said Buchanan.

Not only was his buddy returned, but he arrived in a hand-decorated box, complete with a letter describing his mission at Southwest Airlines and pictures to boot.

Buzz Lightyear returned to boy after losing him on plane

“There’s definitely not enough good in this world, and for someone to take the time out of their day to do that for strangers means the world to us,” Ashley, Hagen’s mom said.