He was stopped in Oklahoma after a truck driver notified authorities that he was following a car with tags mentioned in an Amber Alert issued across multiple states. 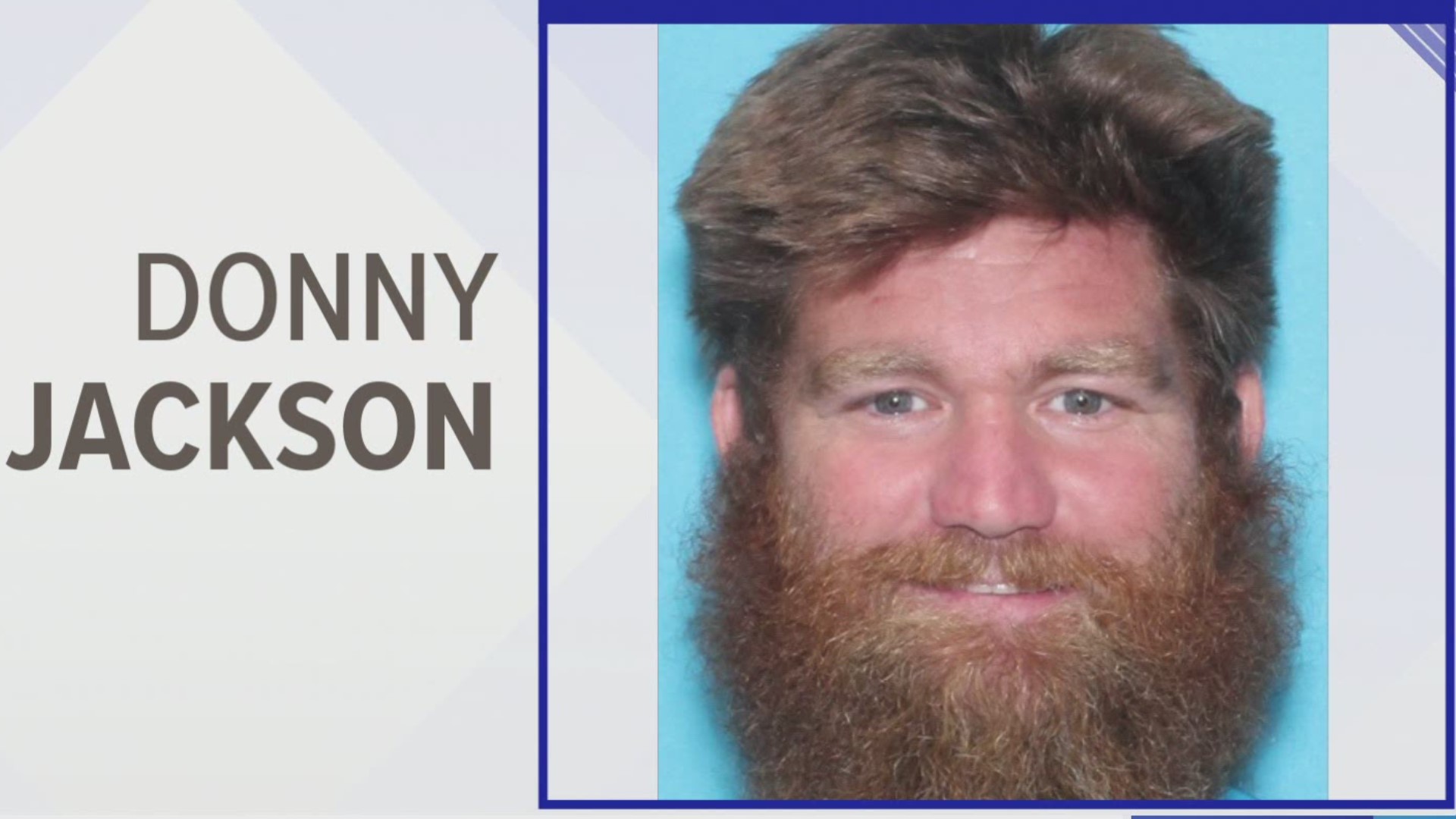 LIBERTY, Mo. — A Kansas man accused of killing his two sons and taking his two daughters from their home before being stopped in Oklahoma was charged Tuesday with capital murder in the boys' deaths.

The capital murder count covers both boys' deaths and, if Jackson is convicted, could result either in the death penalty or life in prison without parole. Thompson said his office is still considering whether to seek the death penalty.

Thompson said he had discussed the charges with the children's family, who he said were "doing as well as can be expected."

Law enforcement officers went to the family home Saturday afternoon in Leavenworth after one of the siblings didn't show up for a soccer game. The bodies of 14-year-old Logan Jackson and 12-year-old Austin Jackson were found and their two younger sisters, 3-year-old Aven Jackson and 7-year-old Nora Jackson, were missing.

After an Amber Alert was issued, Jackson was arrested Saturday night near Erick, Oklahoma, and the girls were returned to their family.

Thompson declined to discuss any details of the case, including a possible motive, how the boys were killed or where Jackson might have been heading when he was stopped.

"In fairness to the justice system, the defendant has a right to have the facts presented to a jury and we would hate to taint that," he said in an interview.

There are no charges related to the girls' abduction because law enforcement is seeking to determine whether Jackson had legal custody of the children when they were taken from the home, authorities said.

Maj. James Sherley, of the Leavenworth County Sheriff's Department, said Monday that Jackson and his wife were going through a divorce and Donny Jackson had "on-again, off-again access to the children."

Gary Nelson, the attorney handling the divorce for the children's mother, Tara Jackson, didn't immediately respond to an email message from The Associated Press seeking comment.

Jackson was stopped in Oklahoma after a truck driver notified Beckham County authorities that he was following a car with tags mentioned in the Amber Alert.

Officer Jonathan Burrow, with the Oklahoma Corporation Commission, said he spotted the car a short time later and was able to pull over the driver and call for backup, KFOR-TV reported.

"I feel happy that the girls are safe. That was my main thing the day that it happened," Burrow said.