Harris was sworn in on Wednesday as the first woman to be vice president, and first person of Black and South Asian descent to hold the office. 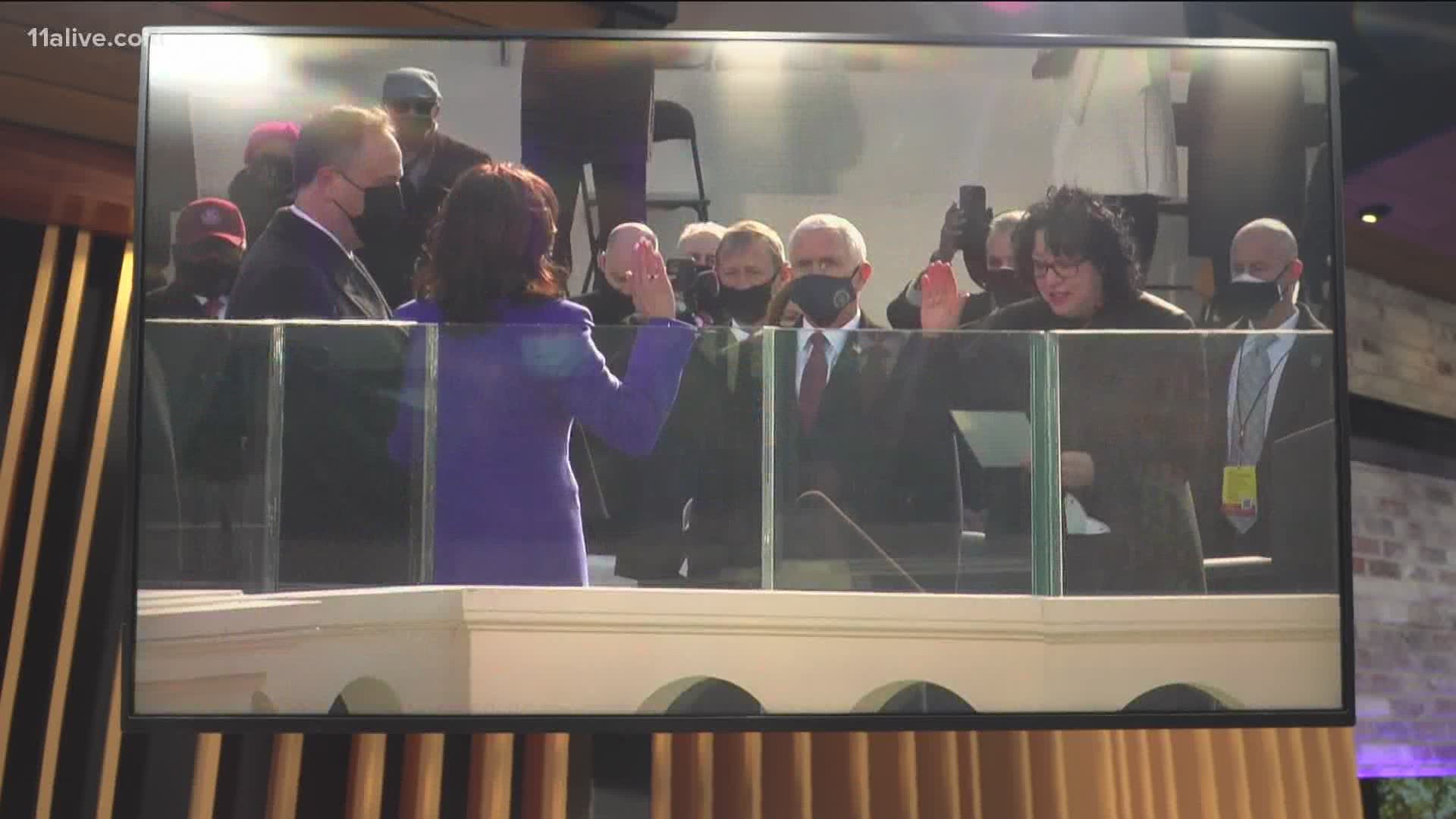 ATLANTA — As Vice President Kamala Harris took the oath to be sworn into the office on Wednesday, members of Alpha Kappa Alpha Sorority, Inc. around the country celebrated the history being made.

It was an immensely proud day for the organization and its sisters, as one of their own became the first woman and Black and South Asian person to rise to the No. 2 post in the nation.

A proud AKA, Harris donned the pearls that are a hallmark of the sorority as she took the oath.

We finally have a VP to look up to for fashion advice. @KamalaHarris wearing two black designers by Christopher John Rogers and Sergio Hudson. She's also wearing her signature pearls—an ode to her Alpha Kappa Alpha sorority. pic.twitter.com/y4twFcm1gO

"We call her sister. The world calls her Madam Vice President. We salute Kamala Harris, the embodiment of our Founders’ dreams and greatest ambitions," the organization wrote on Twitter after she was sworn in.

We call her sister. The world calls her Madam Vice President. We salute Kamala Harris, the embodiment of our Founders’ dreams and greatest ambitions. pic.twitter.com/CD4pDVVLDk

Prior to the inauguration, Alpha Kappa Alpha declared it "Kamala Harris Day" and called on sorors to "wear shades of pink and your favorite strand of pearls to  acknowledge this historic moment."

They did, soaking in the monumental moment.

"So very proud of our Alpha Kappa Alpha Sorority and of Soror Kamala. God bless," another posted.

Dozens and dozens of members also posted their pearls in celebration:

Honoring my new Vice President with my Kamala pearls. Had to do it. 💁🏾‍♀️ #Inauguration2021 pic.twitter.com/cnqT4QIALD

When Harris was nominated as a vice presidential candidate in August, the organization sent out a release that said: "The contributions of African-American women to this nation are undeniable. Now, an African-American woman is poised to ascend to the second highest position of power and prominence in our nation’s government. Look how far we have come!"

Now the vice president, Harris helped lead a step even farther on Wednesday.