Power and water outages affected hundreds of thousands of people, many of them with no way to get immediate relief. 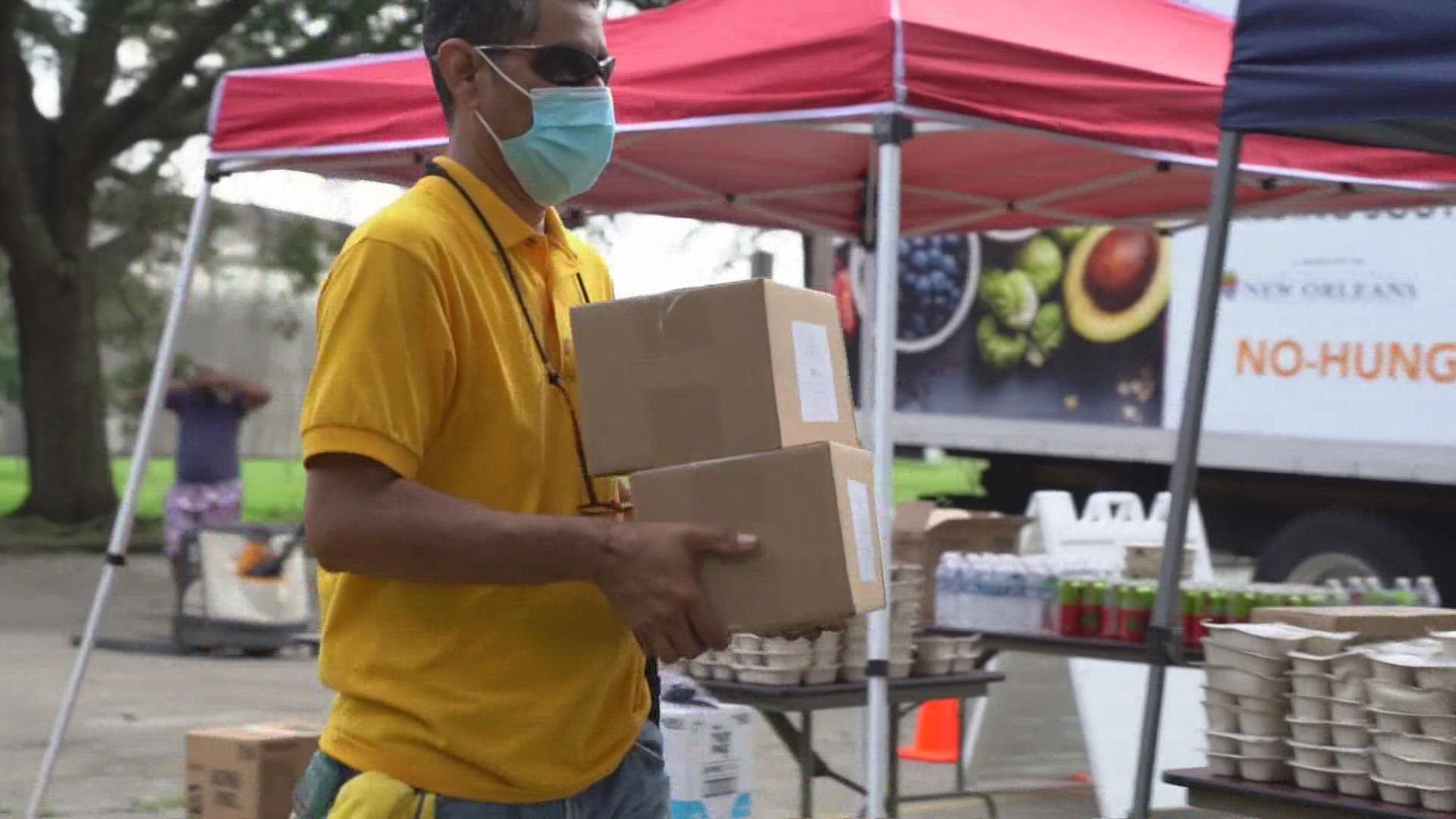 NEW ORLEANS — Lights came back on for a fortunate few, some corner stores opened their doors and crews cleared fallen trees and debris from a growing number of roadways Wednesday — small signs of progress amid the monumental task of repairing the damage inflicted by Hurricane Ida.

The death toll rose to at least six after a coroner confirmed a 65-year-old woman had drowned in her Louisiana home and police in Maryland said a 19-year-old man was found dead in an apartment complex flooded by heavy rain from Ida's remnants. And the staggering scope of the disaster began to come into focus, with a private firm estimating total damage from Ida could exceed $50 billion.

With all of New Orleans blacked out except for those running generators, Byron Lambert woke up startled at about 1:30 a.m. when light suddenly came on down the hall from where he slept. He first thought it was a burglar, then realized his home had electricity.

Lambert's house in eastern New Orleans was among more than 11,000 homes and businesses that had power restored early Wednesday, according to the electric company Entergy.

“When it came on it startled me. I’m like ‘All right! We got power,’” Lambert said, his enthusiasm tempered by the knowledge of what others were going through. “I’m fortunate, but they have a lot of people that aren’t as fortunate as me, and I pray for them because it’s rough.”

There were still 989,000 homes and businesses without power, or 44% of all state utility customers in southeast Louisiana, from the New Orleans area to Baton Rouge, according to the state Public Service Commission. Phillip May, president and CEO of Entergy Louisiana, told reporters Wednesday he predicts “a lot more progress” in coming days. Still, he said full recovery will be slow, with thousands of power poles and transformers knocked out by the storm.

In neighboring Mississippi, 32,000 customers had no electricity.

Hard-hit areas in southeast Louisiana were under a heat advisory Wednesday, with forecasters warning combined heat and humidity could make some areas feel like 108 degrees Fahrenheit (42 degrees Celsius). Officials scrambled to offer food, water and places to cool off.

National Guard troops had handed out more than 141,000 meals, 143,000 liters of water and more than 500 tarps in Louisiana as of Wednesday morning, according to Gov. John Bel Edwards' office. In New Orleans, officials opened seven places where people could get a meal and sit in air conditioning. The city was also using 70 transit buses as cooling sites, Mayor LaToya Cantrell said.

In New Orleans, some residents gathered at a basketball gym with large fans running to cool off and charge their phones. People took random boxes holding chicken salad or tuna salad, and a man outside offered granola bars, applesauce and chips.

More than 1,200 people were walking through some of Ida’s hardest-hit communities to look for people needing help, according to the Louisiana Fire Marshal’s office. In coastal Jefferson Parish, where Ida brought severe flooding, authorities were waiting for floodwaters to recede enough for trucks carrying food, water and repair supplies to begin moving into Lafitte and other low-lying communities.

“We are pretty confident that those that wanted to get out have now been able to get out,” said Capt. Jason Rivarde of the Jefferson Parish Sheriff’s Office, who said more than 100 people were rescued in the area.

Search and rescue missions were tapering off, but continued in four parishes that still had floodwaters, Brig. Gen. Lee W. Hopkins of the Louisiana National Guard said on a Zoom call. That's compared to 31 parishes in the hours immediately after the storm.

President Joe Biden was to visit Louisiana Friday to survey the damage, the White House said.

In New Orleans, where the mayor estimated roughly half the population had evacuated, there were growing signs of recovery. Flags hung from dangling power lines to help drivers avoid them, and in one neighborhood, someone decorated the downed lines with strands of tinsel in an echo of Mardi Gras.

City crews removing debris from roads and cutting up fallen trees had some streets almost completely cleared, while others remained cluttered with obstacles.

A few corner stores were open, many taking cash only, though some had working ATM machines. In many areas, National Guard soldiers or law enforcement stood posted at pharmacies and gas stations, where drivers waited in long lines for fuel.

Louisiana’s transportation department announced that all interstate systems across the state had reopened and been cleared of debris. AT&T, which faced widespread cellphone outages after Ida, said it’s currently operating at more than 90% of normal capacity.

As a clearer picture of Ida's devastation emerged, the hurricane likely caused $50 billion to $60 billion in total damage, estimated Karen Clark, who has calculated catastrophic risk since 1987. Her risk modeling company, Karen Clark and Company, figured just $18 billion of those losses would be insured.

Those estimates would rank Ida anywhere from the fifth- to seventh-costliest U.S. hurricane based on data from the National Oceanic and Atmospheric Administration. Katrina, Harvey, Maria and Sandy were well over that amount. NOAA says 2017’s Irma incurred about $55 billion in damage and 1992’s Andrew about $53 billion in 2019 dollars.