Police say Stuart Weston of Sanford was transporting the body of Laura Wood from a nursing home in Saco when he stole her jewelry. 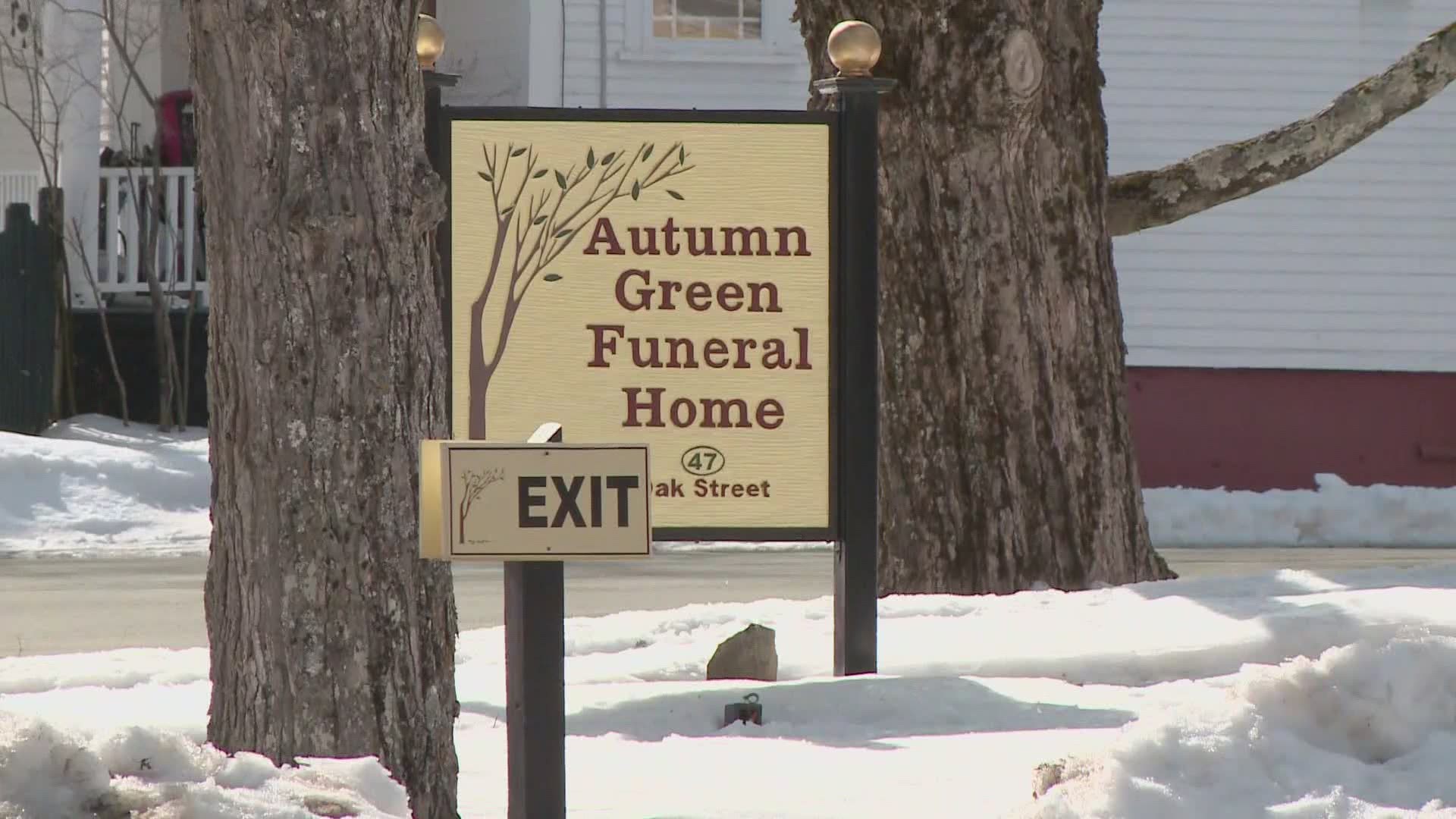 "She loved the lake, fishing, swimming, cooking. She loved to cook for all of her grandkids. She loved her scotch, she would always invite everyone in for a little scotch," Sally said with a smile.

Sally, who lives in her parents' old home in Lyman, said losing a parent can be difficult at any age.

"At 102 you always think it's can be near but when it happens it's still very emotional," she said.

As Sally was grieving the loss of her mother, she was blindsided days later when the Autumn Green Funeral home in Alfred didn't have her mother's diamond ring or wedding bands.

"I was upset," she said. "That's my mother and father in that ring. It's not just the financial part it's the sentimental value. They were going to be passed onto my kids."

Sally's daughter posted a picture of the ring on social media and started checking pawn shops. She got lucky at Maine Gold and Silver in South Portland.

"By the grace of God they had the ring," Sally said. "Unbelievable. I never thought I would see it again."

Maine Gold and Silver had security footage and information on the man who sold the ring.

"Through records and video, we were able to identify a suspect and obtain a warrant for that person's arrest," Saco Deputy Police Chief Corey Huntress said.

Huntress said the suspect is Stuart Weston, 51, of Sanford. He was the funeral attendant who picked up Laura Wood's body from Seal Rock.

Weston was arrested on Tuesday and according to court documents, the nurse manager at Seal Rock told police there were five rings on Laura Wood's hands when her body was released to Weston.

"I think it's a sacred thing to take care of a dead body and their possessions and he violated that," Sally said.

The Autumn Green Funeral Home released a statement through its attorney:

“Autumn Green Funeral Home was upset and incredibly disappointed to learn of the recent allegations. The employee involved has been terminated and Autumn Green will cooperate fully with authorities during any investigation. For more than 15 years, Autumn Green Funeral Home has worked daily to earn the trust of their neighbors and this community, while providing the best and most compassionate service possible, and will continue to do so.”

Sally just hopes this never happens to another family.

"It's just despicable that anyone could stoop that low."

Losing her mom has been painful but Sally finds comfort knowing her daughter, Laura Wood's granddaughter, helped track down this cherished family keepsake.

"That ring means more to me than ever," she said.

Stuart Weston is expected to make his first court appearance on felony theft charges on June 21.

RELATED: Ring, lost and found on a Maine beach, returns to its rightful owner after 49 years