Fishing family rescues bear with jug stuck on its head

Brian, Tricia and Brady Hurt saw the bear struggling in the water and took action. 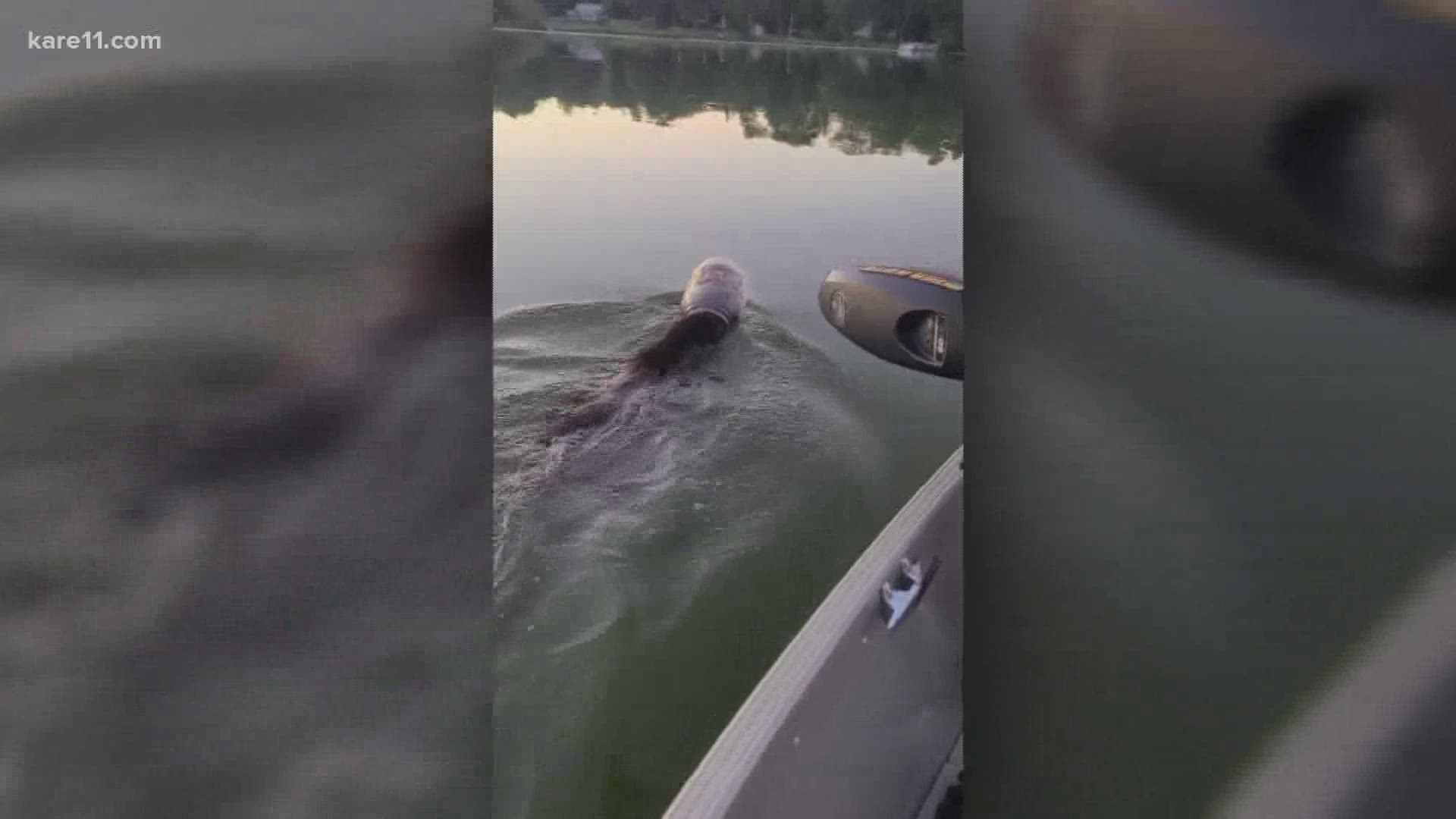 CORNELL, Wis. — A Wisconsin family out for an evening of fishing, got caught instead in a Winnie the Pooh moment.

Brian, his wife Tricia and son Brady were coming back to the landing on Marshmiller Lake near Bloomer, Wisconsin just before sunset when they spotted what looked like a log.

Until, upon further inspection, they realized the log was moving.

“We thought it was a black lab in the water and had a jug on its head,” Brian said. “Then as we got closer my wife is like, ‘No, that looks like a bear.’”

Indeed, it was a young bear struggling in the water with a plastic jug stuck on its head. Not a pooh bear, but a pooped bear.

“I don’t think it even knew which direction to go,” Brian said.

For days there had been sightings on land of a bear with a jug stuck on its head. Now the Hurts found themselves in the position to be rescuers.

Brady took the wheel of the fishing boat, as Tricia helped guide him toward the bear.

Brian reached over the side of the boat glided over the water toward the bear.

“We made the first swing past it and I was able to grab the jug,” Brian said. “And I pulled on it as hard as possible. But then I lost control and slipped off that wet plastic.”

But Brian was even more determined on the second pass.

“When I was right over top of it and pulling on it, you could hear the bear huffing and breathing very hard, just gasping for air,” he said.

Again, Brady maneuvered the boat behind the bear, taking care not to run it over.

Brian made a second attempt.

This time, as the bear splashed and pulled away, Brian was able to hold onto the jug.

“Go!” Tricia instructed the bear. “We saved our little bear,” she exclaimed.

“Once I got it off you could really tell the difference, because, it was like, it could get proper air at that point,” Brian said, "and it seemed like it revived quite a bit.”

The bear headed for shore. The Hurts herd it plop down on the ground, exhausted.

They thought it best to leave the bear alone once they knew it had safely made it to shore.

“And after that I was just kinda like, ‘Did that just happen?’” Brady said.

Tricia had considered at one point what might happen if the bear had decided to make their boat a refuge.

And as for that Winnie the Pooh honey pot, it turned out to be a different kind of enticing.

“It was a cheesy puff, a cheesy ball container,” father and son said in unison. “One of those bulk-sized,” Brady added.

What Wisconsin bear could resist?

OTHER NEWS: With Grandma's Marathon canceled, preacher runs 39 laps around his neighborhood

OTHER NEWS: Bus company owner goes above and beyond for his students