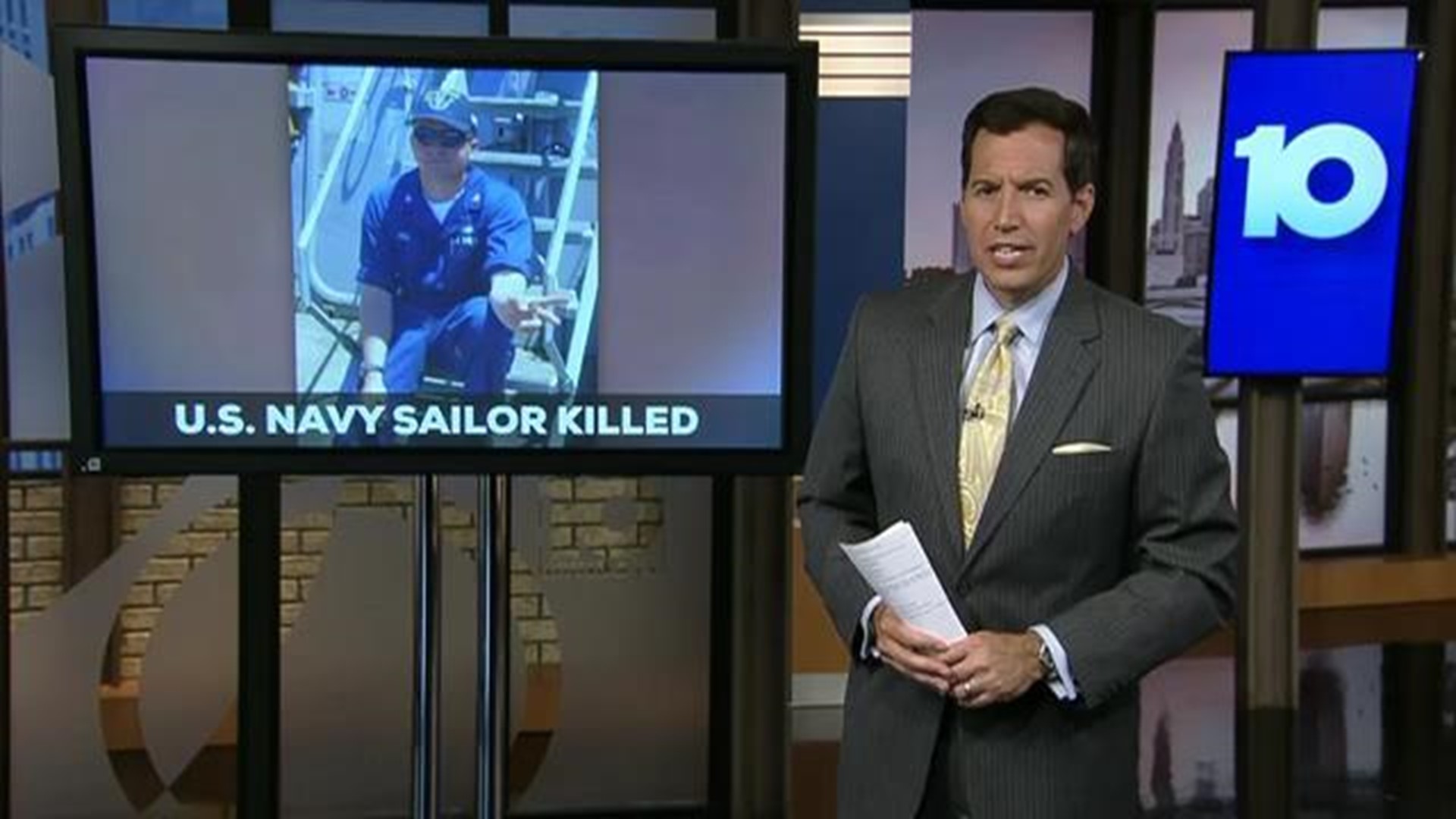 His family says he was born to be at sea. Thirty-seven-year-old Gary Rhem Jr of Elyria died Saturday inside the Navy destroyer that was struck by a cargo tanker in the sea off Japan.

Rhem was married and had no children. His Uncle, Stanley Rehm, said Gary wanted to follow in his grandfather's footsteps since he was a child.

Rehm said his grandfather also served in the Navy during World War II.

Around 1:30 a.m. Saturday, the Navy says The Fitzgerald was struck below the water line.

As the ship began to take on water, the family of Gary Rhem said Gary went to save his fellow shipmates. They said Rhem went in 20 times to save the others who were under water.

As he went back to save the remaining six sailors, the ship had taken on too much water and the hatch was closed to save the rest of the sailors on board, according to what the Navy told the family.

Rhem leaves behind his wife Erin, who family said were high school sweethearts.

The investigation into how the cargo ship hit the Fitzgerald is unknown.

The family said the Navy told them the cargo ship did not have its lights on at the time, and struck the ship at a high rate of speed.