It started as a game of human Scrabble. The photo shows faculty from the Christian School District rearranging letters to form the word "coons" 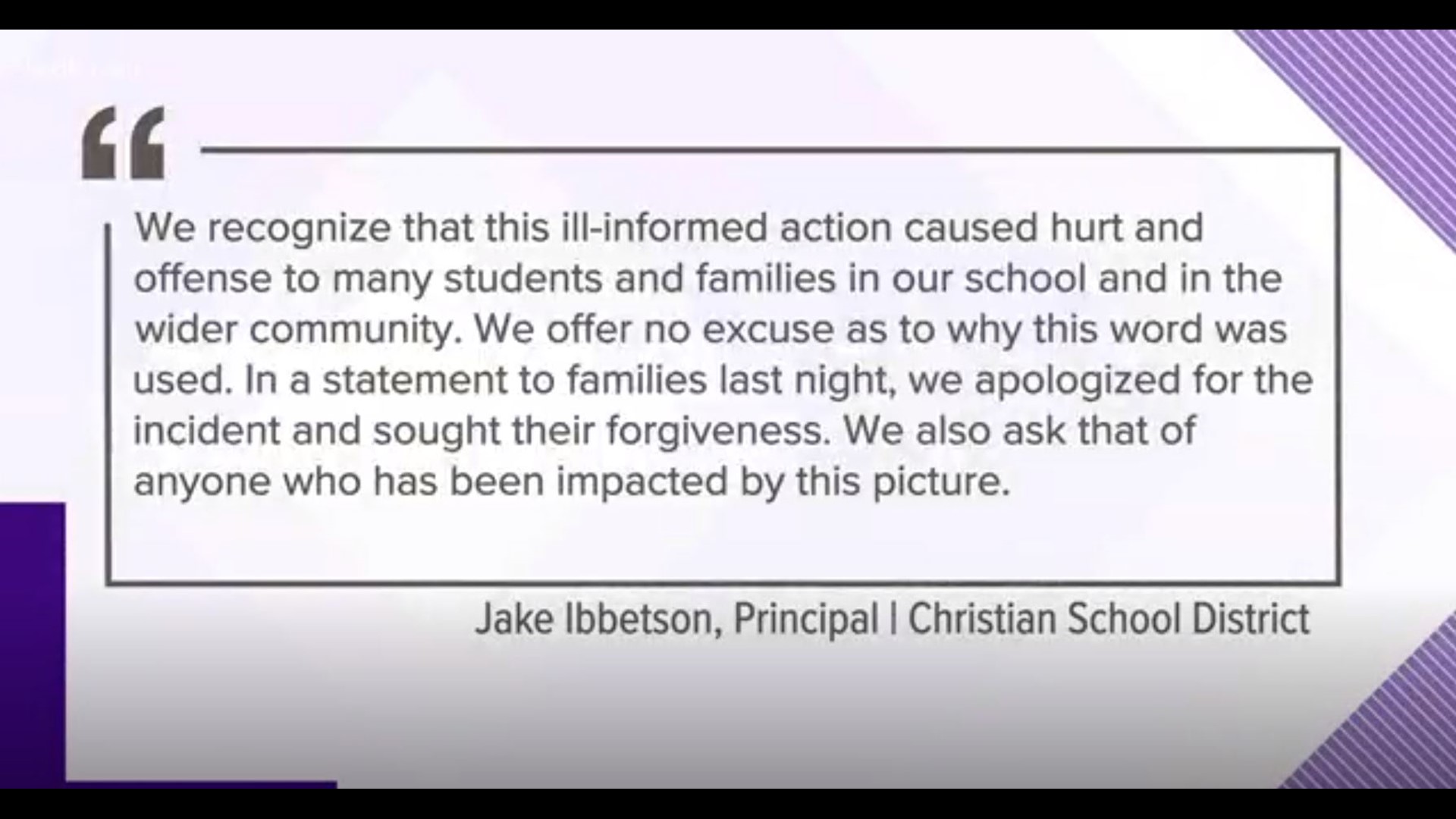 O'FALLON, Mo. — The St. Charles County branch of the NAACP and several parents are calling for change after five teachers were pictured on social media holding up a racial slur.

"I'm angry, I'm hurt because I trust you with my child," said one parent with a child in the Christian School District.

It started as a game of human Scrabble. The photo shows faculty from the Christian School District rearranging letters to form the word "coons." Someone then posted it to social media, parents said it was even on the school district's website. However, Principal Jake Ibbetson told 5 On Your Side Wednesday that wasn't the case. He said the photo was never posted to the school's website or any of the school's social media accounts.

"They were running around trying to spell raccoon, but they didn't have the R and the A," said Pastor Raymond Horry who has two children enrolled in the district. "I don't believe it that five Caucasian teachers, not one of them knew that. Maybe one didn't know it, maybe two didn't know it, but all 5 didn't know it?"

Pastor Horry has two sons enrolled in the O'Fallon, Missouri, private school. He, along with other parents, said they're speechless at how a slur like this one could be used by educators.

"He absolutely told me, 'Mom, I'm tired of it, do what you need to do because this is not fair and I'm tired of feeling like this,'" said one parent quoting her conversation with her teenage son.

But John Smith, a graduate of Christian High School and a current basketball coach stood behind the educators saying this was not who they are.

In a statement, the district said they are investigating and will take the appropriate disciplinary actions after their investigation is complete. They also added this.

"We recognize that this ill-informed action caused hurt and offense to many students and families in our school and in the wider community. We offer no excuse as to why this word was used. In a statement to families last night, we apologized for the incident and sought their forgiveness. We also ask that of anyone who has been impacted by this picture."

"It's a blanket statement, it's the same thing, we always have to forgive them for their transgressions because they don't know how to handle racial issues," said one parent.

5 On Your Side also spoke with the St. Charles County NAACP. The branch's president said they will be reaching out to school leaders.