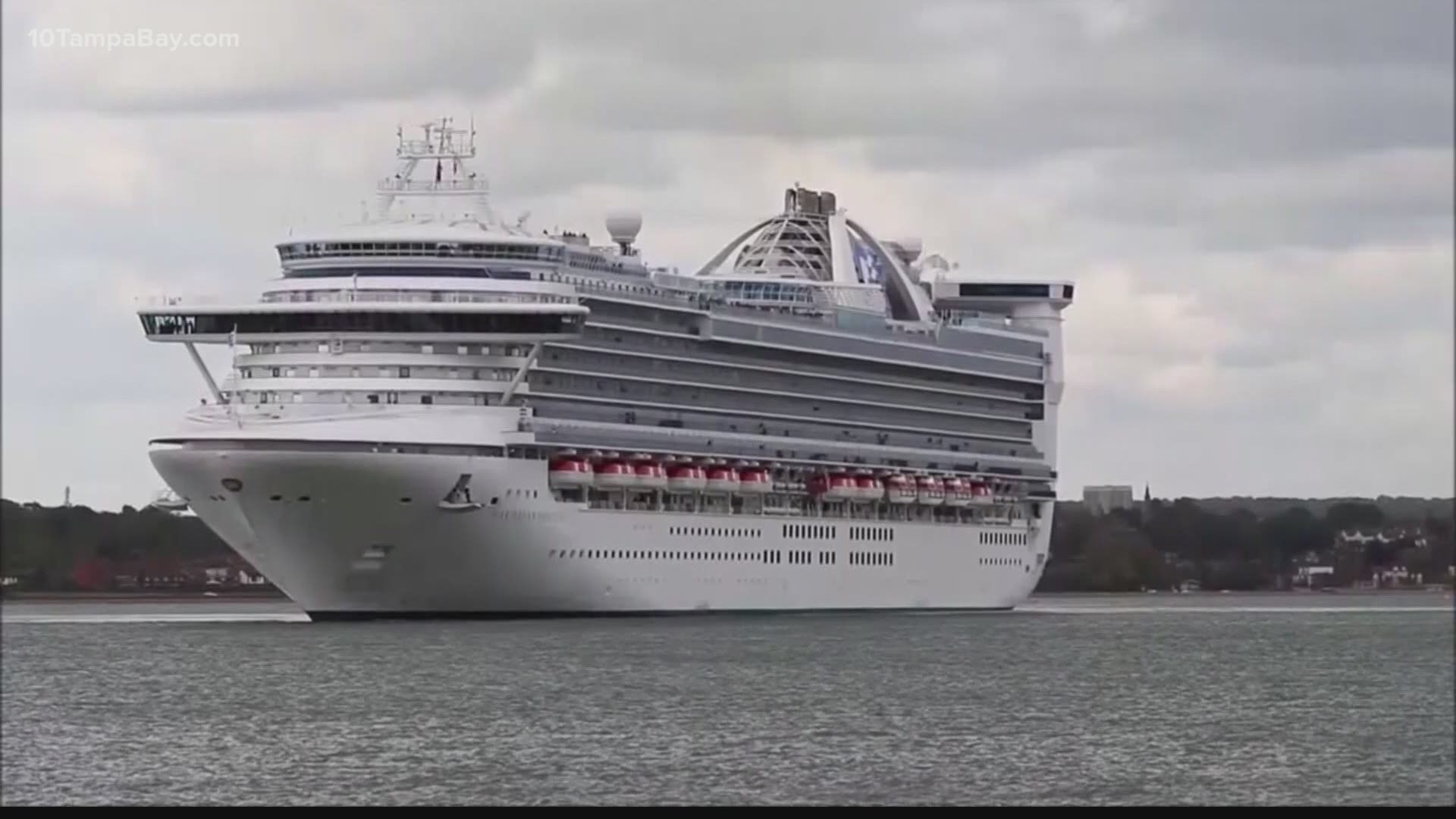 WASHINGTON — Carnival Cruise Line announced Thursday it will not resume sailing in the U.S. until at least March as the company works toward resuming operations amid the coronavirus pandemic.

The company said it has now canceled the remaining trips that were scheduled to operate from Miami, Port Canaveral and Galveston through Feb. 28. The cruise line said it's also delaying the inaugural sailing of its new ship, dubbed Mardis Gras, until April 24, 2021.

A number of other major cruise lines have now canceled sailings into early 2021. Royal Caribbean on Wednesday said it had canceled all but a few select trips based in Asia through February. Norwegian Cruise Line Holdings also said Wednesday it was canceling all of its brands' sailings through February and the majority of its March trips. As of Thursday morning, Disney Cruise Line has canceled its sailings through the end of January.

Last month, Carnival confirmed it will be focusing initially on Miami and Port Canaveral, followed by Galveston, in its phased-in approach to resume guest operations.  The company initially canceled all sailings from Baltimore, Charleston, Jacksonville, Long Beach, Mobile, New Orleans and San Diego through Feb. 28; and all Carnival Legend sailings out of Tampa through March 26.

“We apologize to our guests but we must continue to take a thoughtful, deliberate and measured approach as we map out our return to operations in 2021,” said Christine Duffy, president of Carnival Cruise Line.  “Our commitment to the health and safety of our guests, crew and the communities we visit is at the forefront of our decisions and operations.”

The cruise line industry has been essentially shut down since mid-March when the Centers for Disease Control and Prevention ordered cruise ships to stop sailing to U.S. ports after several outbreaks convinced officials that the vessels were potential cauldrons of infection. After being renewed several times the most recent order expired in October, with the new guidelines effectively bringing the no-sail order to an end.

RELATED: Carnival cancels all cruises through January, return will focus on 2 Florida ports

The CDC's new cruising guidelines say that in order to resume carrying passengers, the companies have to demonstrate they have procedures for testing, quarantining and isolating passengers and crew. They will have to build test labs on all ships and make their own arrangements to isolate or quarantine passengers on shore, if needed. Before being allowed to sail, they will have to conduct mock voyages with volunteers playing passengers who get sick, the CDC said.

Cruise Lines International Association — which includes cruise giants Princess, Carnival, and Royal Caribbean — said earlier this month that its members had voluntarily opted to maintain the current suspension of cruise operations in the U.S. through the end of the year.