The money will go to task forces combatting human trafficking, to victim services and victim housing. 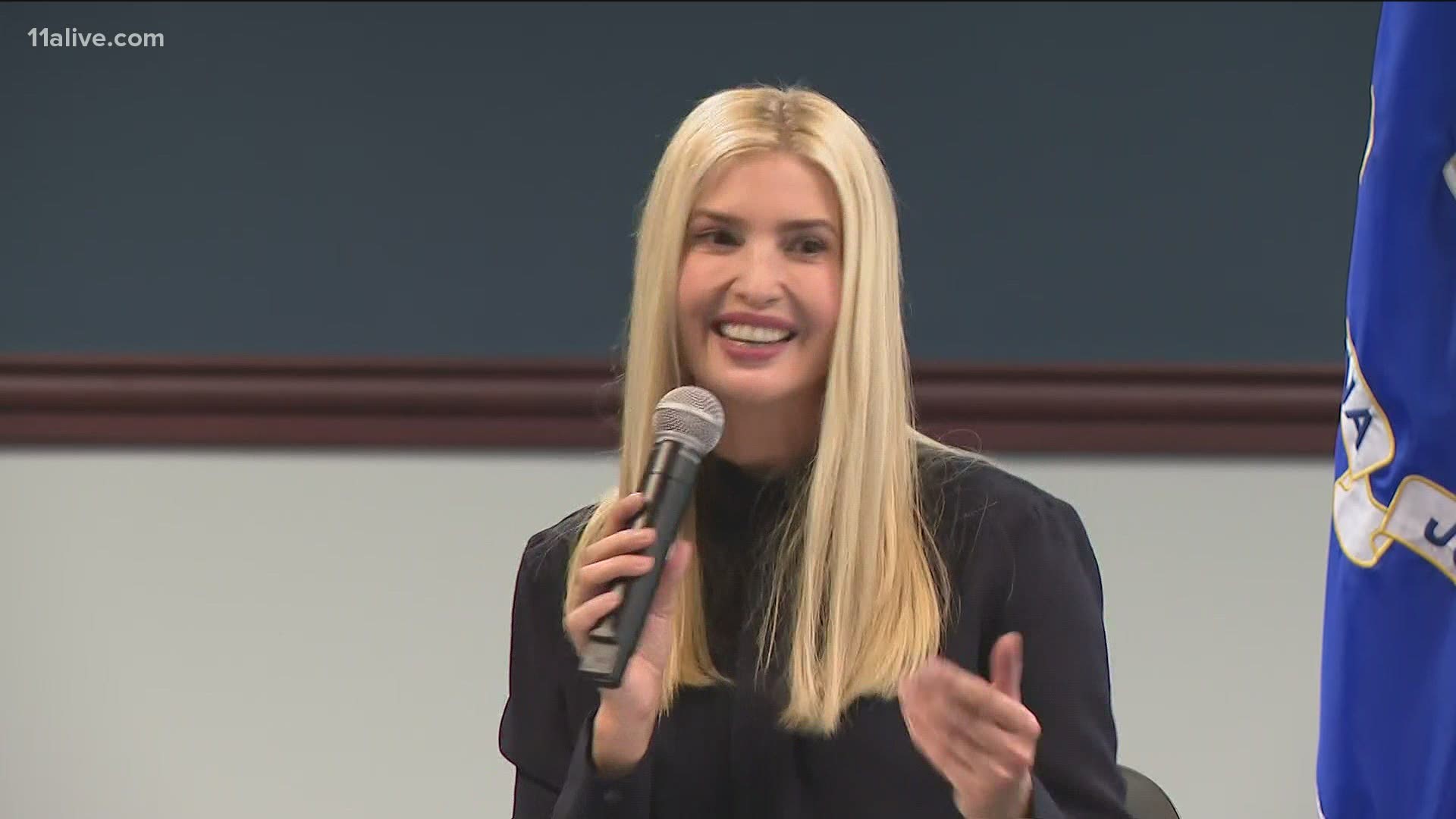 The money will go to task forces combatting human trafficking, to victim services and victim housing.

The announcement came after Barr, Trump and the Kemps toured the Georgia Center for Child Advocacy southwest of downtown Atlanta.

Joining them were members of other law enforcement and philanthropic organizations, including former NFL quarterback Tim Tebow.

Among the efforts that the Florida-based foundation that bears Tebow's name is heavily involved in is combatting human trafficking in at least eight countries around the world.

"The reason why we got into this was because eight years ago, my dad was preaching in a remote country and there were four girls that he was next that were being sold," Tebow said at Monday's roundtable. "He took out all the money out of his wallet -- which was $1,150 -- and he bought those four girls."

Tebow looked around the room at the attorney general, the governor and the other assembled persons there.

"Then, he called me and said, 'I just bought four girls and I'm not really sure what to do now.' And I said, 'That's okay, Dad; We've got your back,'" Tebow said.

He said that's how his foundation found itself deeply involved in helping children get away from human trafficking in any way they can. As a result, he said he and his wife felt they needed to be involved in this effort.

According to the Tim Tebow Foundation website, they work with the federal government and other organizations around the nation to combat trafficking.