Dawn Bete shared video from her Ring camera on Facebook Sunday, Sept. 13 of a bear approaching a man who appeared to be sleeping by the pool. 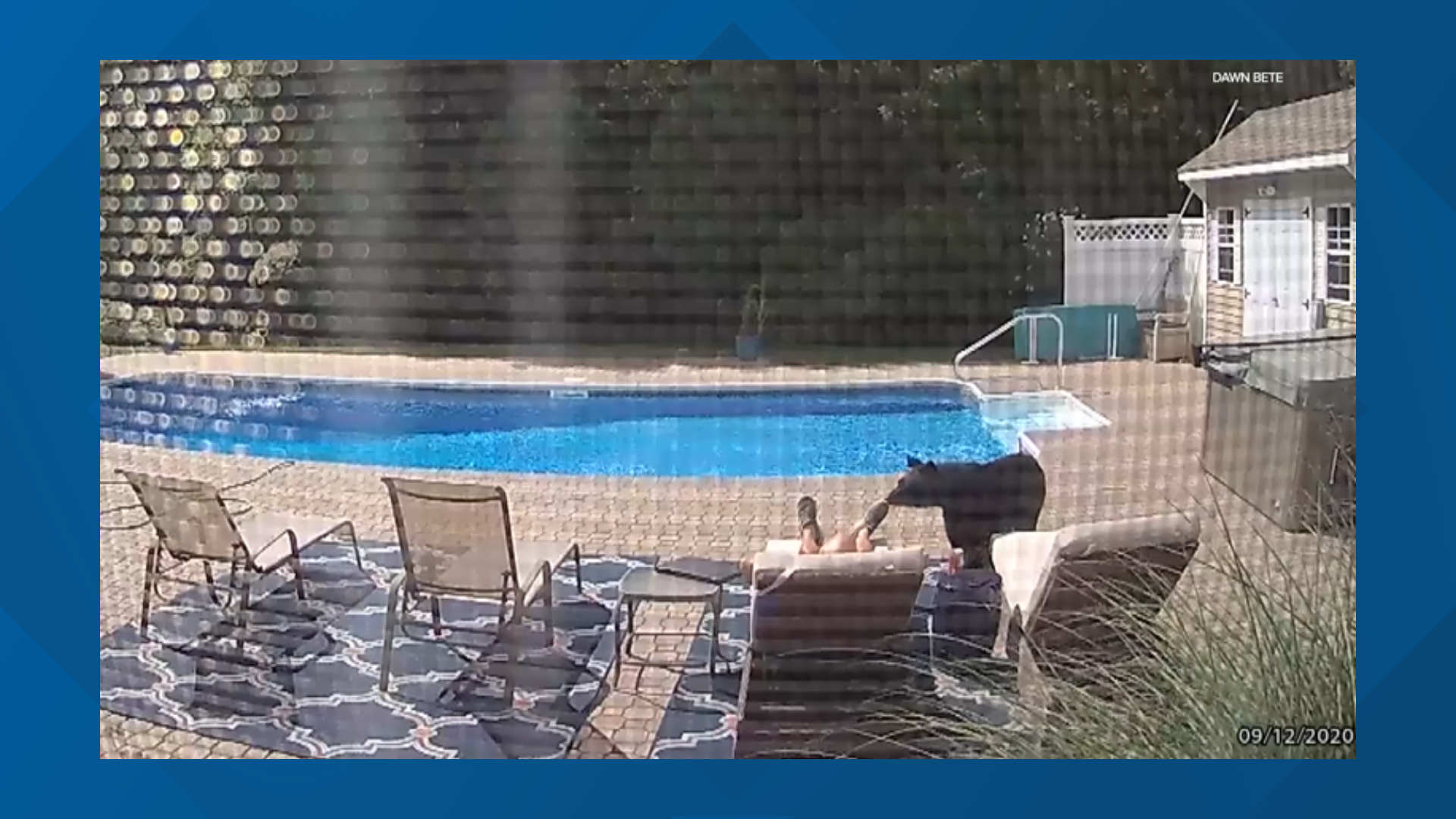 GREENFIELD, Mass. — It's not every day you get woken up from a nap at the pool by a curious bear.

Dawn Bete shared video from her Ring camera on Facebook Sunday, Sept. 13 and said, "Matt was a little startled yesterday while taking a rest by the pool."

According to NBC affiliate WBTS, the incident happened in Greenfield, Massachusetts.

In the video, the bear casually walked toward the pool to take a drink of the water.

The bear then turned around and noticed a human in a pool chair and slowly approached him.

It appeared the man was sleeping since he did not see or hear the bear walking toward him.

The bear sniffed the man's foot and nudged it. This woke the man up and in turn, startled the bear.

The man reached for his phone to seemingly take a photo of the rare occurrence.

The bear started walking back toward the man before it turned and walked away.

The video has been viewed more than 160,000 times as of Wednesday morning.