An Arkansas father diagnosed with ALS composed music for his daughter's wedding despite the major challenge. 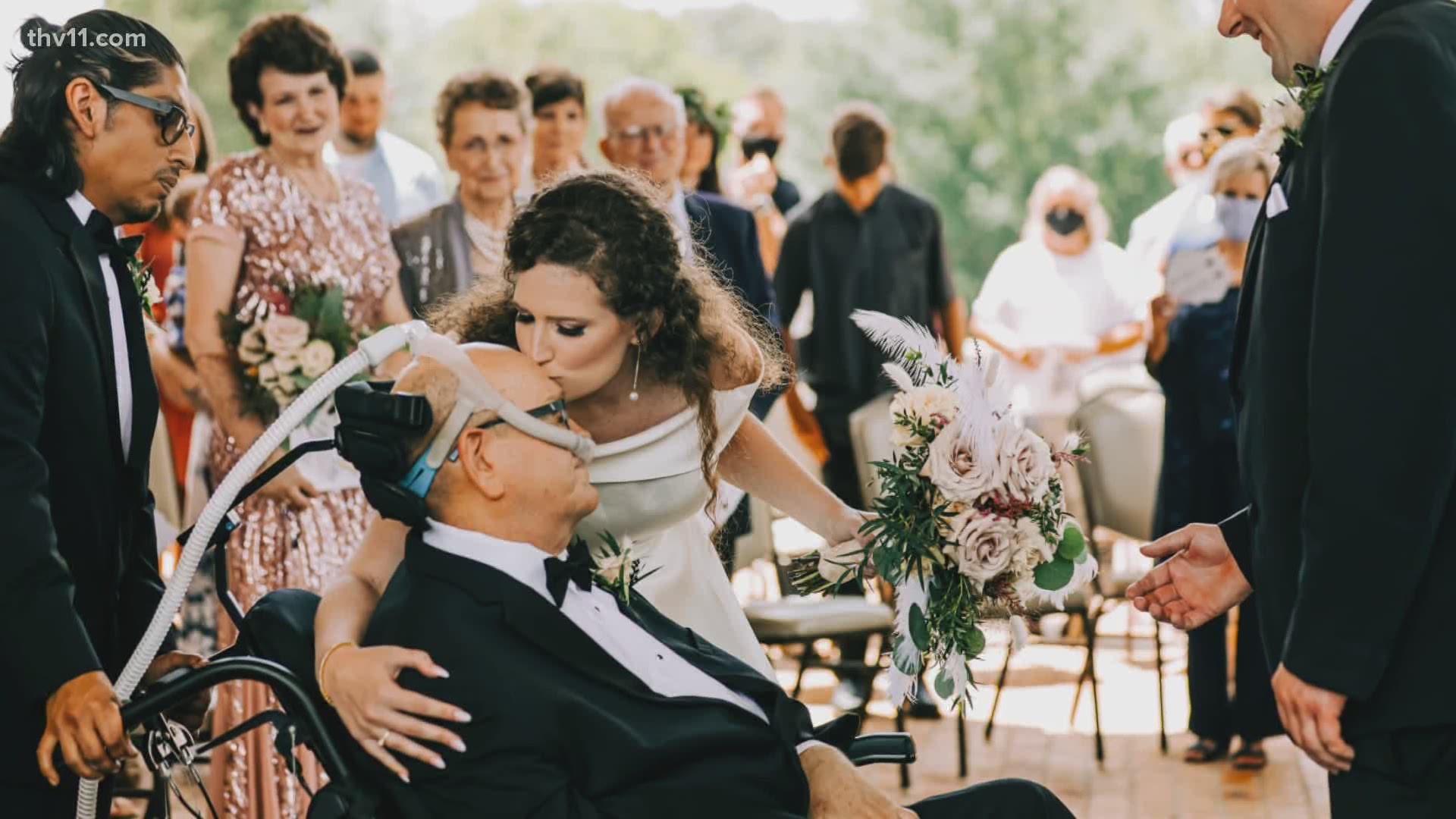 NASHVILLE, Arkansas — A wedding involving Mr. Wright, and no, we are actually not referring to the groom, but the father of the bride — Jennifer Wright's father.

An Arkansas father diagnosed with ALS, meaning he's paralyzed from the neck down, composed music for his daughter's wedding despite the major challenge.

Barry Wright, father of the bride, was diagnosed with ALS in 2014. The life expectancy after an ALS diagnosis is typically five years, but that didn't stop him from attending his daughter's wedding on Saturday, July 18, 2020 in Hot Springs.

Barry was a chemist for 25 years, but bought and co-owned a precast concrete company (CCP) in Nashville, Arkansas since 2005. He has never liked to use sheet music to play the piano, but liked to play by ear so that he could style and arrange songs in his own way.

Using computer software that could follow his eye movements, Barry composed music for his baby girl who had grown up loving when her dad played the piano.

He has composed 11 complete songs despite the disability and rolled his daughter down the aisle.

"We worked for months to try and contact any couple that we could remember dad playing wedding music for so that we could use a recording for our wedding," Jennifer said. "It never worked out. The first song I heard was “the prayer” and it was unbelievable. If you closed your eyes it sounded just like dad playing the piano. ALS may rob people of their physical abilities, but it does not take away talent, courage, or love."

Playing by ear is one thing, but composing with the eyes which are the windows to the soul, makes it mean so much more.

What others are reading: