During an BBC interview, Justin Welby highlighted why he believes monuments of imperialism in the church should also be reviewed. 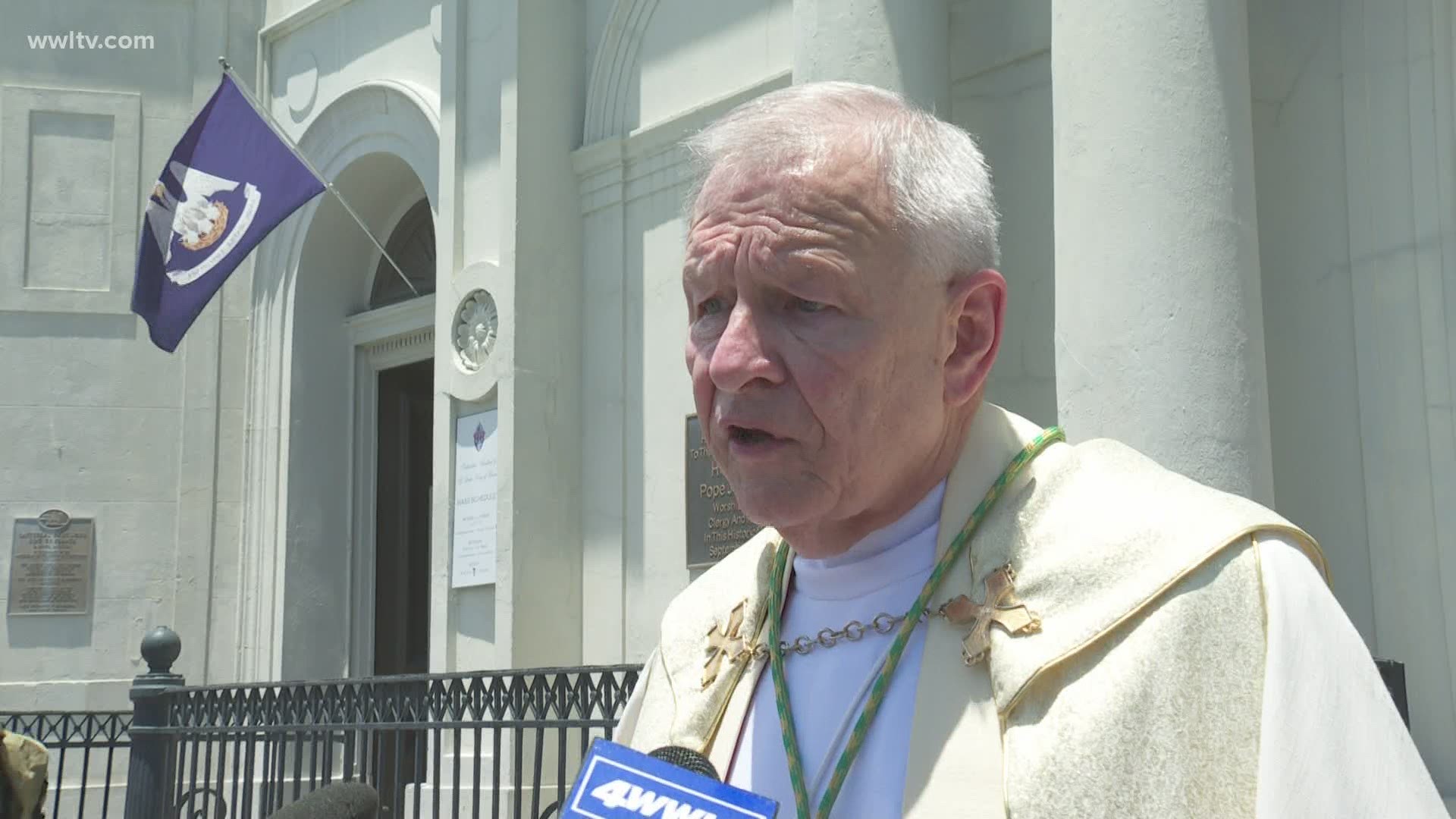 WASHINGTON — The head of the Church of England said churches should reevaluate its portrayal of Jesus as a white man.

Justin Welby, the Archbishop of Canterbury made the comments Friday on BBC Radio 4 when asked what he thought of the western image of Jesus and if it should be "re-imagined."

"Yes, of course it does," Welby responded, going on to note how he has seen Jesus portrayed in different countries during his travels.

"You go into their churches and you don't see a white Jesus -- you see a Black Jesus, or Chinese Jesus, or a Middle Eastern Jesus -- which is of course the most accurate." The Archbishop went on to say, "you see a Fijian Jesus -- you see Jesus portrayed in as many ways as there are cultures, languages and understandings."

Many of the UK's imperialist monuments have been the target of protesters in the wake of the Black Lives Matter movement. Sunday protesters in Bristol, England toppled a statue of Edward Colston who was a 17th-century slave trader, dumping it into the River Avon.

There was a mixed reaction to the move. But, around England there has been a call to at least reconsider the future of controversial statues.

RELATED: Vice President Mike Pence speaks on the pandemic, faith and freedom during visit to Dallas

RELATED: Statues of 'our nation's greatest heroes' have been torn down, VP Pence says to crowded Dallas church

Welby's comments were met with some criticism in English media, with Nick Timothy of The Telegraph saying, "Nobody personifies the madness of our times, and the moral cowardice of our leaders, like the Archbishop of Canterbury."

In a letter to the editor published by the same publication, a reader from Northamptonshire in England, Dr. David Pound, wrote, "Yes, indeed, in most British and European churches Jesus is portrayed as white. So what? In African churches he is mostly shown as black. That is surely normal and reasonable. People portray Jesus as one of themselves."

During the BBC interview, the Archbishop said, "Jesus is portrayed in as many ways as there are cultures, languages and understandings. And I don’t think that throwing out everything we’ve got in the past is the way to do it but I do think saying: ‘That’s not the Jesus who exists, that’s not who we worship.’ It is a reminder of the universality of the God who became fully human.”

Even though Welby did call for a review of the monuments in his church, he said that people should forgive the "trespasses" of the individuals being commemorated, suggesting this should be done rather than to immediately remove them.