The 22-year-old poet tweeted: "This is the reality of black girls: One day you’re called an icon, the next day, a threat." 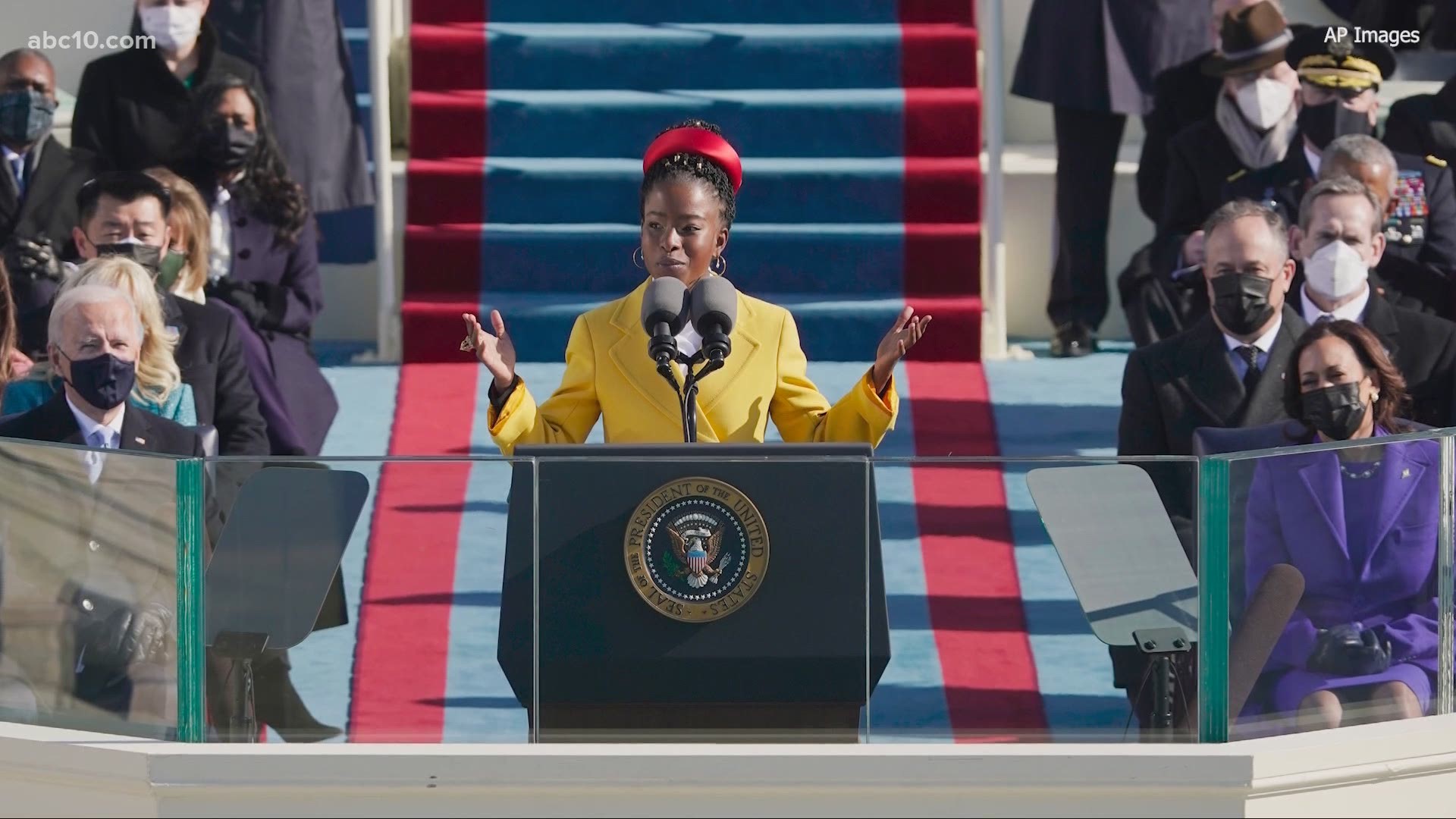 NEW YORK — Editor's note: The attached video is from Jan. 2021 and focuses on reaction to Amanda Gorman's inauguration poem.

Amanda Gorman, the 22-year-old poet who captured hearts at the inauguration of President Joe Biden, posted to social media that she was followed home by a security guard who demanded to know where she lived because she “looked suspicious.”

"I showed my keys & buzzed myself into my building,” she tweeted of the incident Friday night. “He left, no apology. This is the reality of black girls: One day you’re called an icon, the next day, a threat.”

Gorman, the nation's youngest inaugural poet, lives in Los Angeles but did not specify where the encounter occurred. Her spokeswoman did not immediately return an email Saturday seeking additional comment.

“In a sense, he was right. I AM A THREAT: a threat to injustice, to inequality, to ignorance. Anyone who speaks the truth and walks with hope is an obvious and fatal danger to the powers that be. A threat and proud.”

I am so thankful for the outpouring of support since the incident last night. It won't change the truth of what happened, and continues to happen to Black Americans, but it reassures me of what I already know: There is always far more good in this world than bad. Love, Amanda https://t.co/RrsZm9PAsv

RELATED: 'Even as we grieved, we grew' | Poet Amanda Gorman, 22, recites work at Biden-Harris inauguration

Gorman became an instant sensation Jan. 20 when she recited her poem, “The Hill We Climb,” at Biden's swearing-in.