'They just melt my heart': This 81-year-old Dallas woman just wanted to pet a dog. Hundreds of people stepped up to help

"All these nice people being so sweet to me. It makes me tear up," Linda Summers said. "They just melt my heart. Or melt my butter as my daughter always said." 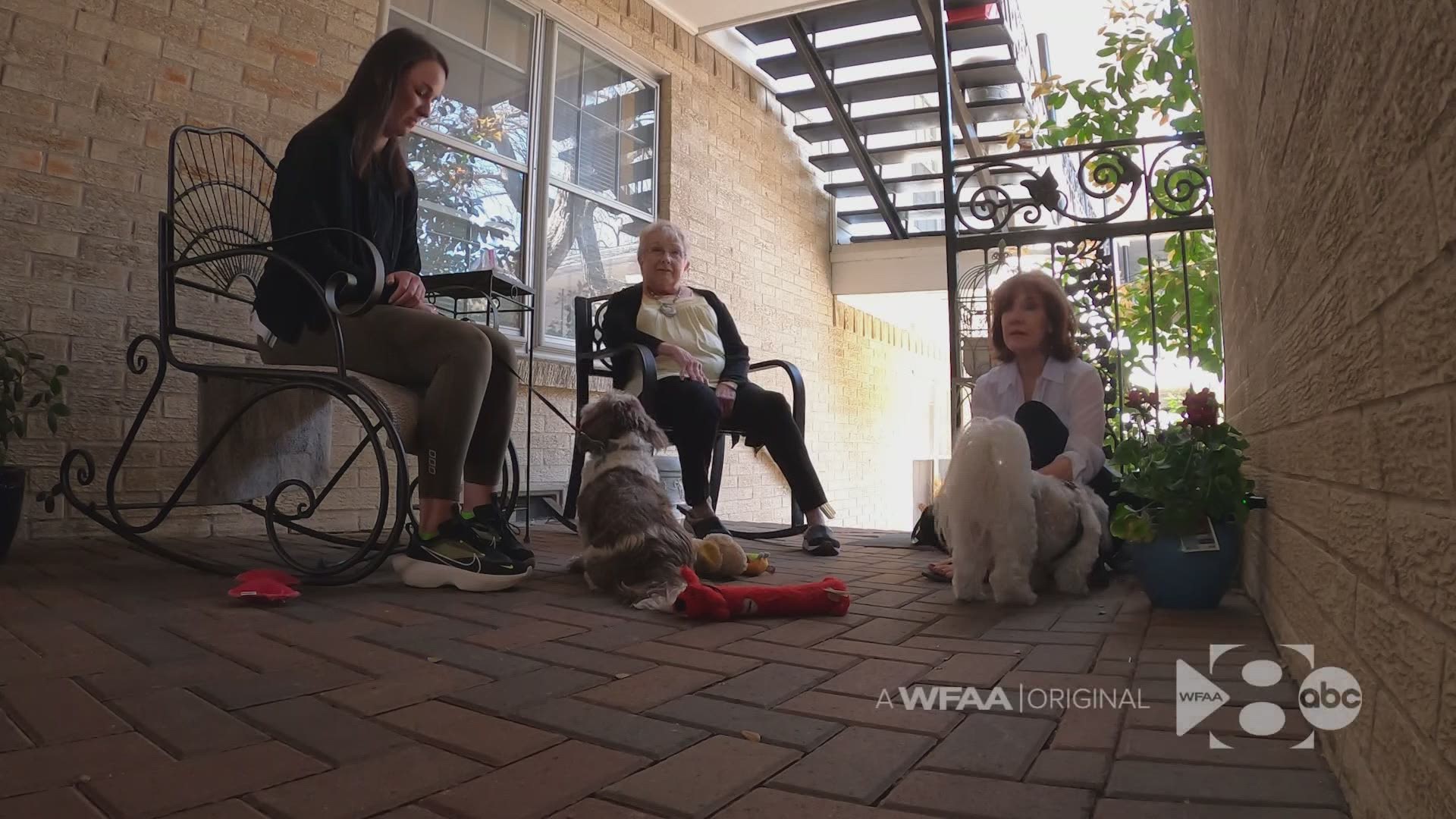 In Dallas, they also apparently can restore a bit of faith in humanity, even if it's just from a simple request to pet a dog.

Linda Summers is the woman who made that request.

"Oh, I'm just so sad sometimes," she said of the recent loss of a Shih Tzu named Lacey Day.

Summers, 81, suffered a few serious falls and wasn't able to take care of the dog as much as she wanted. So, Summers' daughter gave the dog to another caring family.

"And I said, 'You what?' And I said OK, but I've got to have another one someday. I know she did the right thing, but it just broke my heart."

Then, a few weeks ago, from her apartment window, Summers saw another woman out on the sidewalk walking a Shih Tzu.

"Oh, it made me so sad I cried. Oh, I want to go pet that little dog," she laughed, recalling the thought she had of racing out to the sidewalk to confront the stranger and her dog.

"I said, you know, I'm gonna see if I can find that lady by putting it on Nextdoor."

And that's exactly what she did. In a Nextdoor post, she asked if on her next trip through the neighborhood, the stranger might let her pet the dog.

"And then everybody else showed up," she laughed. "It was like 'be careful what you ask for.'"

"Hank" was one for the first visitors to arrive. He's a Shih Tzu who lives just a few blocks away. His mom Hayley McDaniel saw the Nextdoor post and brought him by for an afternoon visit.

"I read your post and it was so sad that you didn't have yours anymore. And you needed one," McDaniel told Summers.

And then there's Mocha, a Shih Tzu who looks much like Summers' Lacey Day. Her mom dropped her off for a couple hours that same day. Summers is a sometimes dog-sitter now.

"When I read her post I was like 'Oh my gosh, she needs to pet Mocha,'" said Mocha's owner Andrea Lytle.

Lytle and McDaniel, and Mocha and Hank, are two of the now more than 300 responses Summers received on the Nextdoor app from people offering up their best friends for a visit too.

"I don't think I was expecting that many responses. I don't know if you were," said McDaniel.

"I just started looking and started getting these dings," Summers said of the social media responses. "There was one, and then there was another, and there was another. I can't keep up with them now."

"That's why I said maybe we better limit it to Shih Tzus," she laughed. "Because I was getting German Shepherds and everything else you know."

"I think it's brought her a lot of joy. And I think that's awesome," said Lytle.

"They just melt my heart. Or melt my butter as my daughter always said."

When Hank and Mocha left after that first visit, WFAA asked Linda if she felt a little less lonely in her apartment now.

Then, right on cue, her phone started to ring again. More offers, more Shih Tzus. She went back to her phone and back to her computer. Thanks to that Nextdoor post, and the kindness of strangers, her social calendar is filling up fast.

"And I will be watching on my computer to see who else is gonna respond because I will ask them to come over soon. Whenever you can, get over here."