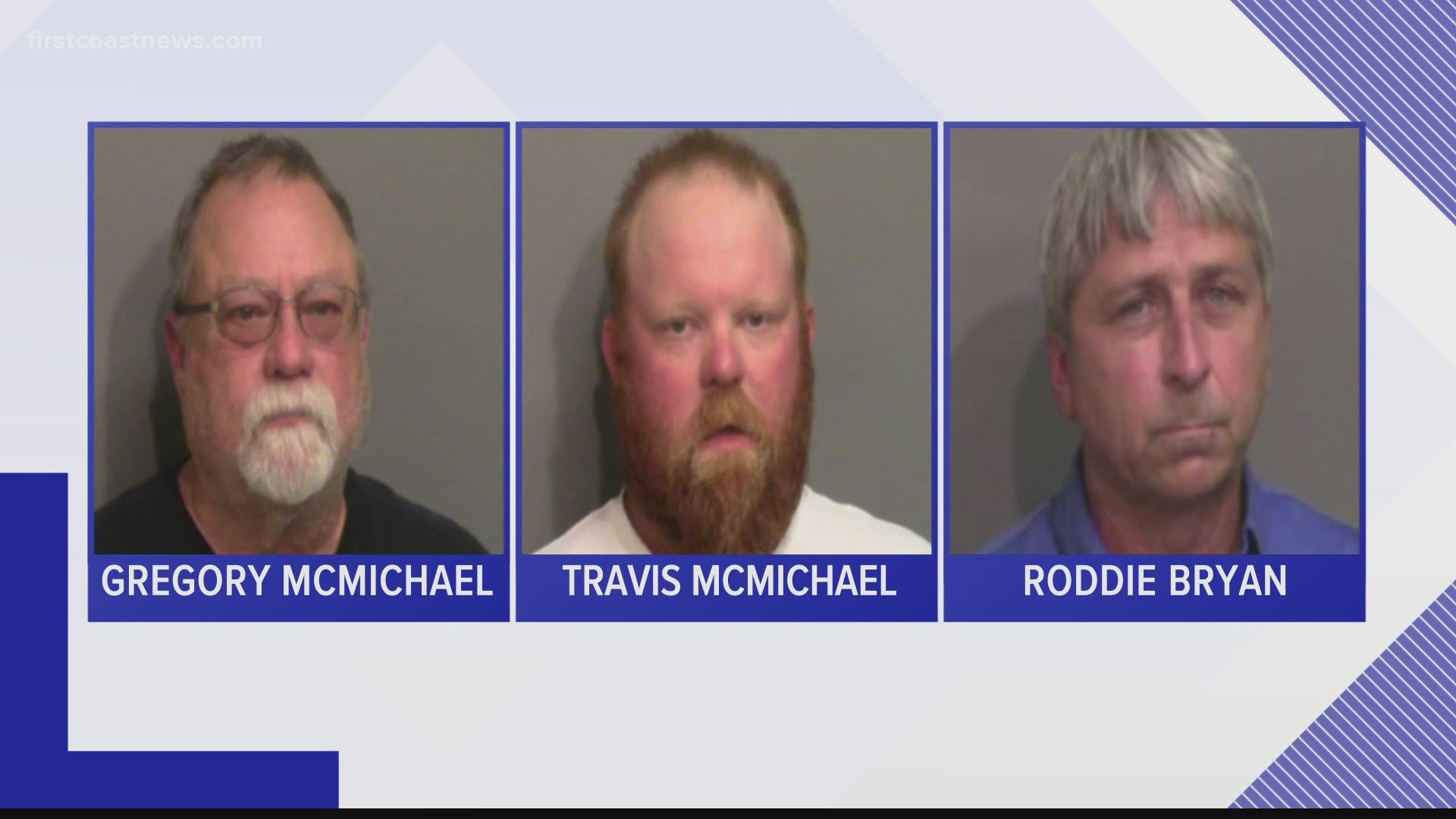 A federal grand jury returned an indictment Wednesday against 35-year-old Travis McMichael, 65-year-old Gregory McMichael and 51-year-old William "Roddie" Bryan on one count each of hate crimes and attempted kidnapping charges. The two McMichaels were also charged with separate counts of using firearms during a crime of violence.

Travis and Gregory McMichael were charged with one count each of using, carrying and brandishing, and in Travis's case, discharging, a firearm during and in relation to a crime of violence, according to a news release from the U.S. Department of Justice.

Counts One and Two of the indictment allege that the defendants used force and threats of force to intimidate and interfere with Arbery's right to use a public street because of his race, the release says.

Count One of the indictment says that as Arbery was running on a public street in the Satilla Shores neighborhood, the McMichaels armed themselves, got into a truck and chased Arbery through the streets while yelling at him, using their truck to cut off his route and threatening him with their weapons, resulting in his death.

The family of Ahmaud Arbery is grateful for the fed hate crime charges against the men responsible for his murder.

These charges will serve as a fail-safe to the state prosecution.

Count Three says all three men tried to unlawfully seize and confine Arbery by chasing after him in their vehicles in an attempt to restrain him, restrict his free movement, corral and detain him against his will and prevent his escape.

"I give all glory to God," he said. "God just opened the door and let this world see what’s going on and gave them what they deserve because he did nothing wrong. He was just a Black boy and he just got murdered because he was a Black boy," Arbery Sr. said.

"They just thought they could keep getting away with murdering us with no probable cause at all, just because of the color of your skin and so God is good and God let them know you just can’t do that. You just can’t do that. Maybe when the rest of them sees that, they’ll change," he said. "They’ll change because the system is working for all people now. It’s not just like there’s two laws … one for the white race and one for the Black race. There’s one law. Everybody is supposed to get penalized the same way," Arbery Sr. said.

"I give all glory to God. God opened the door to let this world see what's going on," Ahmaud Arbery's father just told me over the phone regarding the new federal charges.

Jason Sheffield, one of the attorneys representing Travis McMichael, said the language in the indictment is "identical, essentially, to the state charge, without mention of any new or additional evidence that would warrant a concurrent prosecution”

Sheffield said this subjects the three men charged to dual prosecutions in two separate courts at the same time.

"[That] could totally derail all the work that we've done in the Superior Court of Glynn County. I hope it does not. I hope that the says will respect the process that we are going through," Sheffield said.

"It's not a surprise that an indictment has come down. What is surprising is that they have indicted him for essentially the same thing. We feel like this is just further action by the government to continue to push the same square peg through the round hole, Sheffield said.”

Kevin Gough, attorney for Bryan, issued a statement that reads as follows:

“We are very disappointed with the decision of the Department of Justice to pursue the prosecution of Mr. Bryan. Roddie Bryan has committed no crime. We look forward to a fair and speedy trial, and to the day when Mr. Bryan is released and reunited with his family.”

First Coast News reached out to the attorneys for Gregory McMichael as well, but haven't heard back yet.

At the time of Arbery's death, Georgia did not have a state hate crime law. It was something the southern division of the anti-defamation league was pushing for.

It was passed and signed into law four months later and Dr. Allison Padilla Goodman thinks this case sparked a conversation about why the state needed one. "We all saw the anger, the fear, the alienation that people felt while watching that video of Ahmaud Arbery being murdered."

The shooting death was caught on cellphone video which was leaked to the public several weeks after his death and led to the three men being charged by the state with malice murder, felony murder, aggravated assault, false imprisonment and criminal attempt to commit a felony. They all remain in jail awaiting trial. No trial date has been set.

RELATED: No more video? Ahmaud Arbery murder suspects want to be in court physically, not virtually