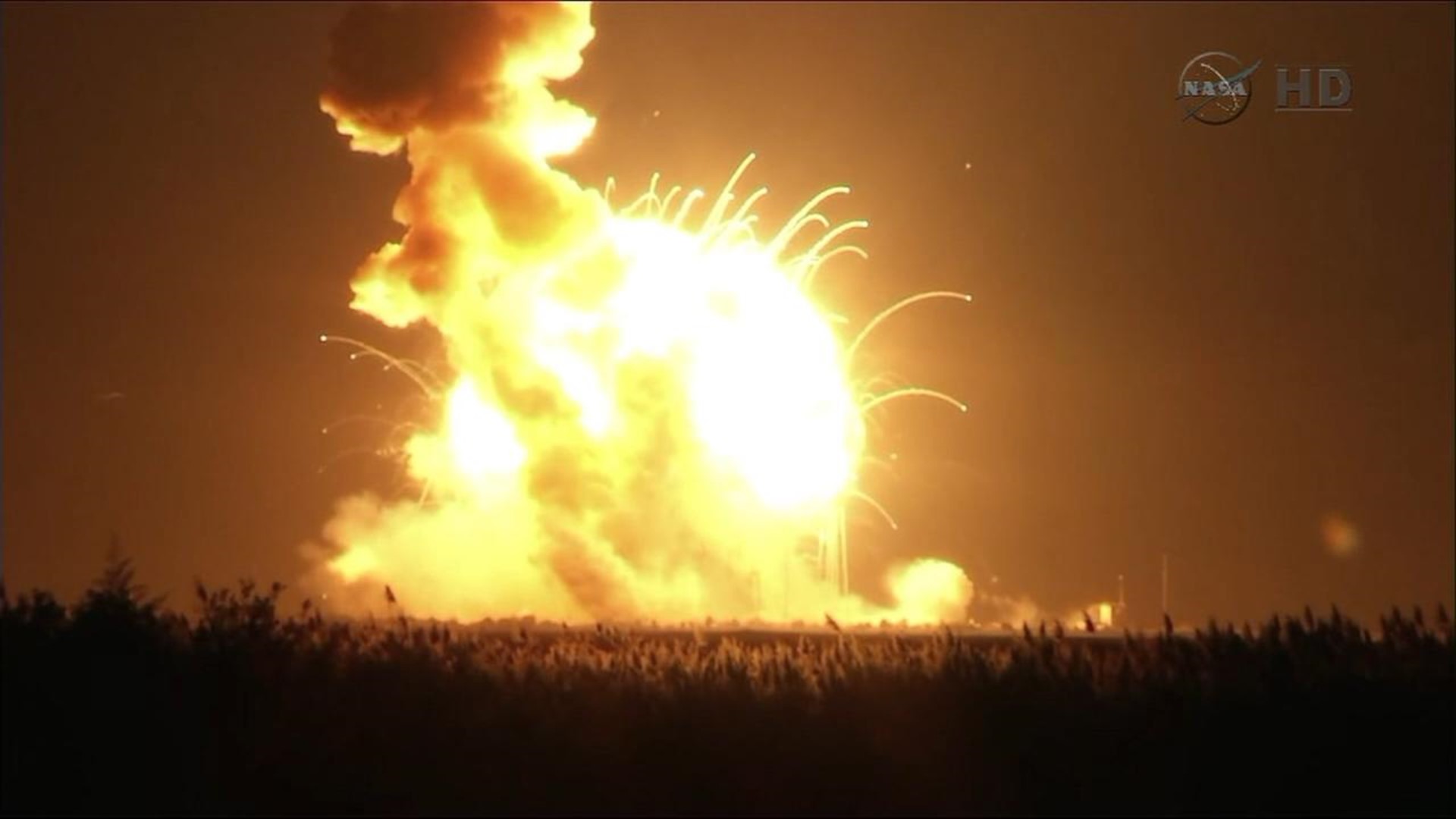 An unmanned commercial supply ship bound for the International Space Station exploded moments after liftoff Tuesday evening, with debris falling in flames over the launch site.

Orbital Sciences Corp.'s Antares rocket blew up over the launch complex at Wallops Island, Virginia, just six seconds after liftoff. The company said everyone at the launch site had been accounted for, and the damage appeared to be limited to the facilities.

Flames could be seen shooting into the sky as the sun set.

"Maintain your consoles," Orbital Sciences' Mission Control informed the roomful of engineers and technicians. All data were being collected to use in the ensuing investigation.

The Cygnus cargo ship was loaded with 5,000 pounds of experiments and equipment for the six people living on the space station. It was the fourth Cygnus bound for the orbiting lab; the first flew just over a year ago.

NASA spokesman Rob Navias said there was nothing urgently needed by the space station crew on that flight. In fact, the Russian Space Agency was proceeding with its own supply run on Wednesday.

NASA is paying the Virginia-based Orbital Sciences and the California-based SpaceX company to keep the space station stocked in the post-shuttle era.

Until Tuesday, all of the companies' missions had been near-flawless and the accident was sure to draw criticism in Washington. The commercial spaceflight program has been championed by President Barack Obama.

NASA said the six residents of the orbiting lab were informed of the accident.