The mother of a man accused of traveling to Mexico to rape and molest infants says the allegations against her son are all a set up. 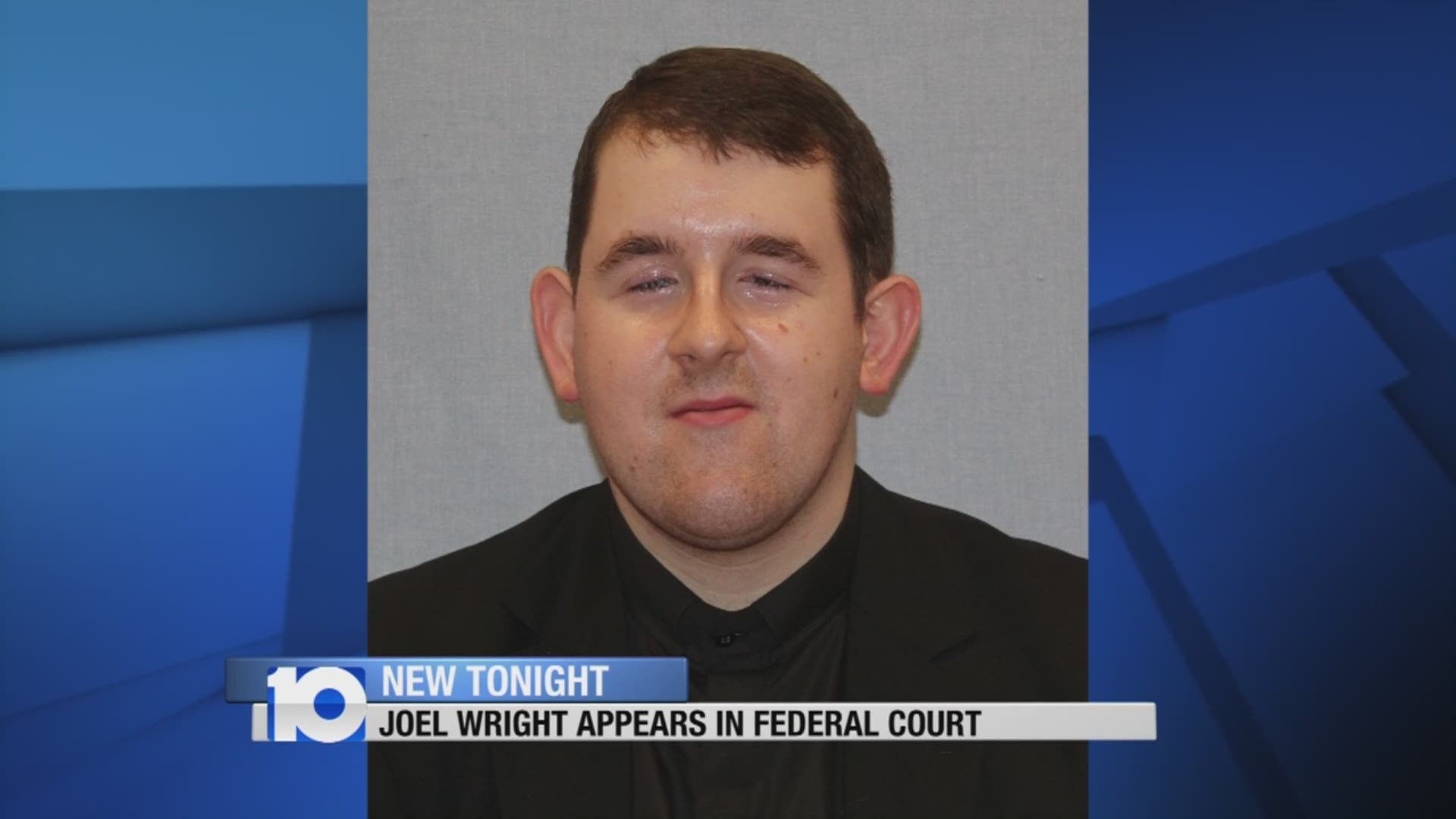 Joel Wright appeared on a Vermont CBS affiliate WCAX not once but twice, at 16-years-old and 13-years-old; both times he was excited about a planned trip to a papal mass.

It was a sharp contrast to the 23-year-old seminary student who appeared in federal court on Monday on two felony charges for allegedly planning a trip to Tijuana, Mexico to adopt a 1-year-old and 4-year-old child for the purpose of raping and molesting.

Speaking to 10TV from the Vermont home where she raised Wright, his mom Teresa Poquette says her son was set up.  “He didn’t do it. He’s innocent. I still do not believe it’s true,” she said.

When asked why her son was traveling to Tijuana, Mexico when he was arrested, she responded, “I don’t know.”

Poquette said life for her son as one of roughly 15 pre-theology students at Pontifical College Josephinum wasn’t easy.  She claims his path to priesthood was a bumpy road filled with dozens of rejections because of his cataracts and glaucoma.

“I stopped counting after 45 rejections of how many diocese and religions orders that declined him for his physical disability, for his vision, for his orthopedic for his health impairment."

Wright was eventually admitted to Franciscan University in Steubenville where he spent two semesters before his studies as a pre-theology student majoring in philosophy at the Josephinum.  Both schools say Wright passed two thorough criminal background checks and psychological assessments before beginning the journey to priesthood he'd spoken about for years.

A Josephenum spokesperson said despite strict rules not to leave campus without permission, Wright emailed the school at 6 a.m. the day he was arrested, saying he was traveling for the weekend and would be back Tuesday.

Sources say shortly after Wright's arrest in San Diego, Homeland Security agents combed through his dorm room at the Josephinum around 9 p.m. while just a few hundred feet away, attendees at an annual school fundraiser gathered that evening with no idea what was going on.

The day of his arrest, Wright was removed from the college.

Wright's mom said she was also in the dark about the allegations, but knew something wasn't right when Joel didn't make his planned goodnight phone call home.  She tells 10TV she has not spoken with Joel since his arrest.