Law enforcement, the Dept. of Agriculture and neighbors who live in the Lake Wood Drive area are looking for a Howler Monkey, which was spotted by a police officer, Thursday. 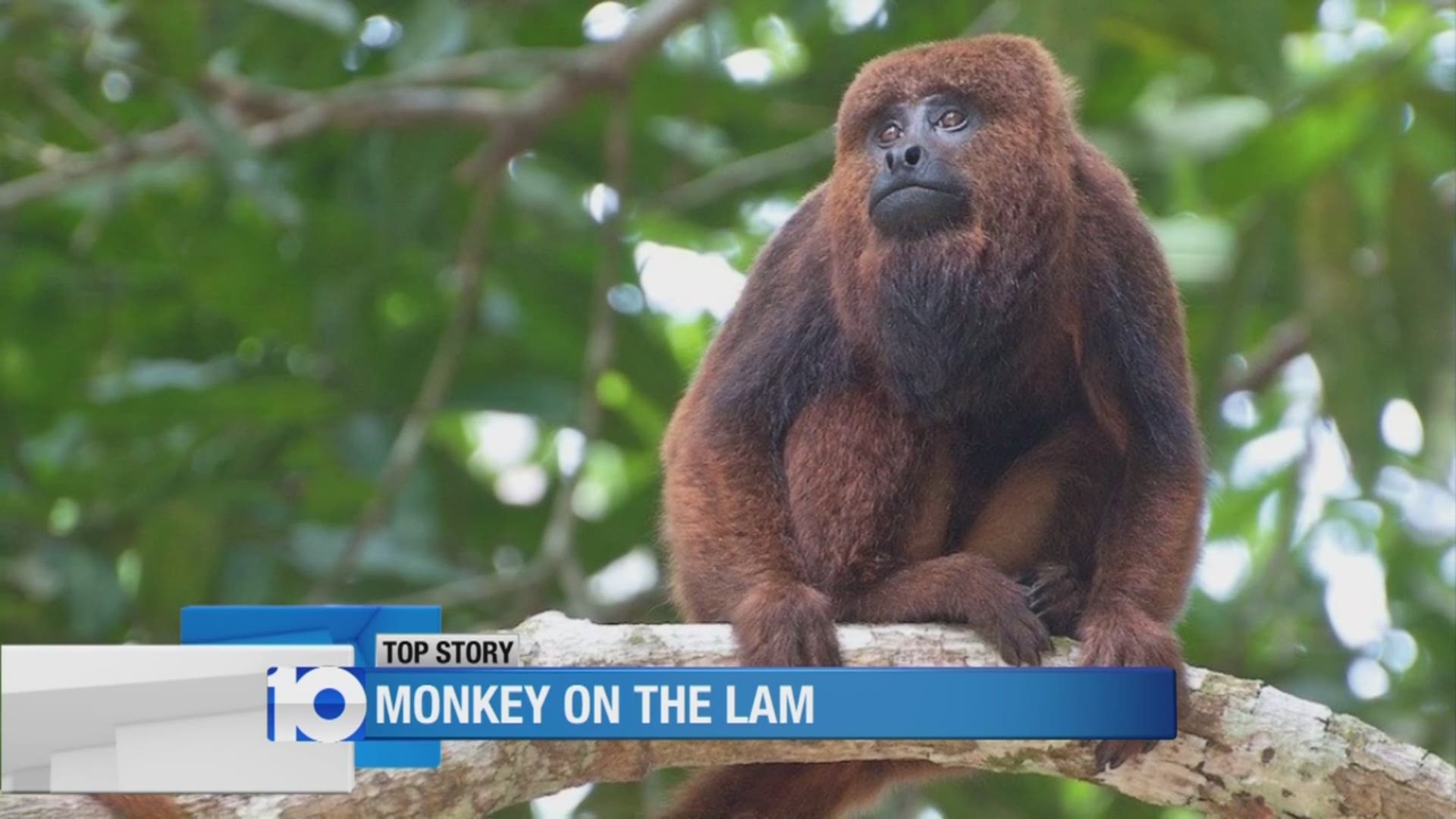 On Lake Wood Drive in Minerva Park, the conversation at the neighborhood bus stop has slightly changed.

“It has to be someone’s pet, don’t you think so?” Maureen Hemmelgarn said. “I mean, I don’t think it was just living out here.”

“It” refers to a Howler Monkey and “it” has neighbors talking and laughing.

The monkey was reportedly spotted by a Minerva Park police officer Thursday.

Pryjda says a monkey in her neighborhood is unheard of.

Minerva Park Police and the Department of Agriculture, equipped with a tranquilizer gun, canvassed the area Friday but despite looking in the tallest of trees and following up on reported sightings – no Howler Monkey.

But, it’s not all a joking matter.

“We’ve been told to keep little kids and animals in the house,” Pryjda said.

In a statement, the DOA says there are no permitted Howler Monkeys in Ohio, which means if it is a Howler Monkey in Minerva Park, it was illegally owned.

“They don’t want to be caught now,” she said. “So, they’re not making themselves known.”

The DOA says searches for the monkey turned up nothing, Friday, and the search is believed to be over pending any future sightings.

@minervamonkey were you illegally owned?

@Bryant10TV I am actually one of Ohio's rare wild monkeys.

@minervamonkey I hear you were just spotted in a Minerva Park neighborhood about 10 minutes ago.

.@Bryant10TV That wasn't me. That was the other monkey. #Freedom