It’s the kind of marketing that no community wants, but a anti-drug campaign has leaders in Marion talking with residents. 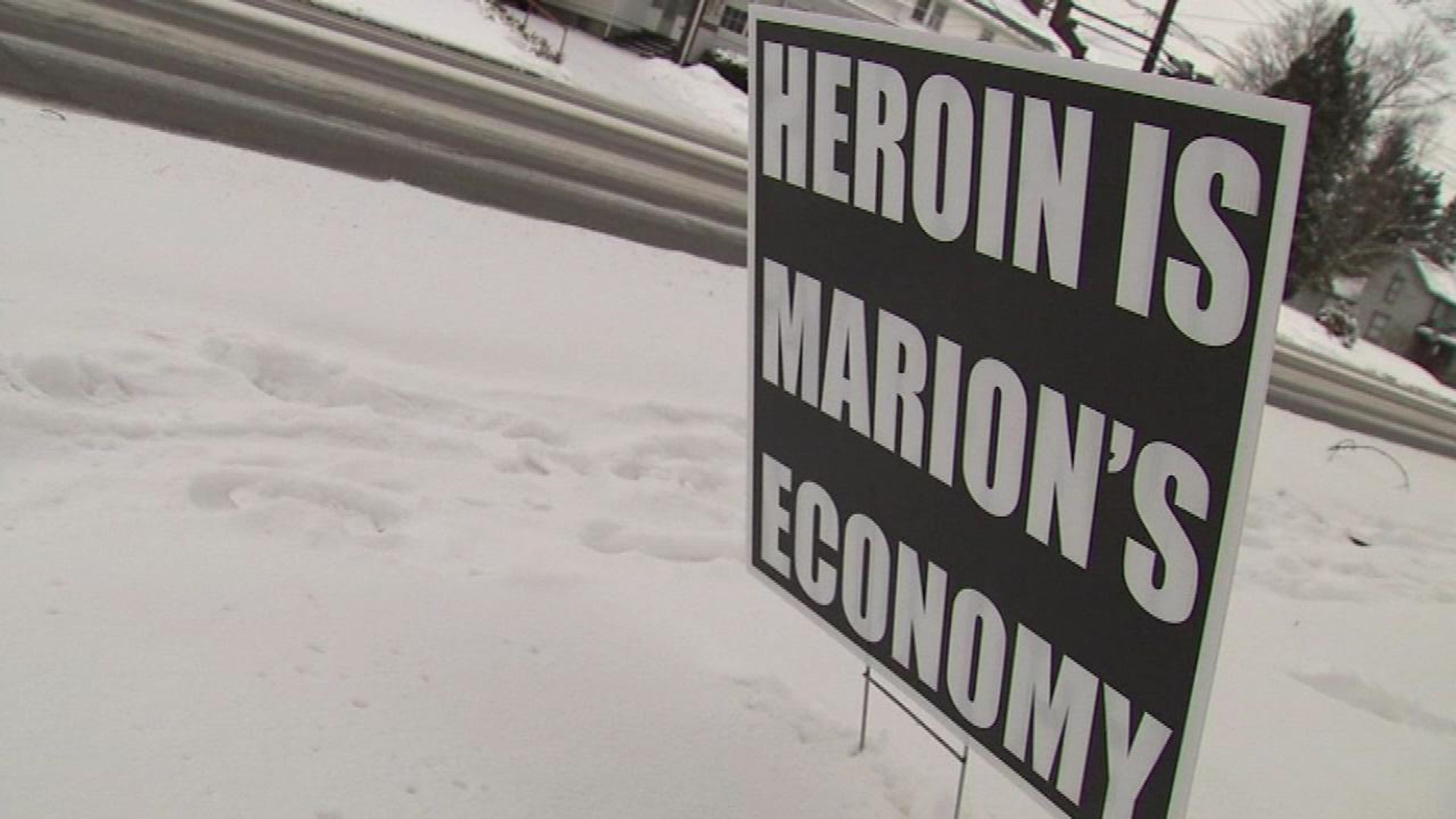 It's the kind of marketing no community wants: hundreds of signs claiming “Heroin Is Marion’s Economy.”

They are dotting streets and front yards.

There’s one in Annette Johnson’s yard.

“I thought, oh my God, that's great. Somebody is doing something,” said Johnson.

Johnson knows the heavy toll of drugs. She said her family paid the price when her addicted step-son committed suicide.

“I begged, pleaded, drug him to church. (I) did everything I could, but he wouldn't let go of the drugs and alcohol,” she said.

Johnson knows a yard sign will not solve the problem, but she hopes it will spark conversation.

Brad Belcher conceived of and paid for the 800 signs.

“A lot of people want to pretend this isn't a problem,” said Belcher.

Dozens of residents took part in a discussion of the issue before city leaders and law enforcers on Monday night.

"I'm tired of finding needles in the park. My children can't even play down there without worrying about a needle,” said one man.

A grieving father talked about how his daughter was found dead on a couch.

A recovering addict discussed trying to find a place to get clean.

All of the residents said they were looking for solutions to the drug problem plaguing Marion and other cities.

Mayor Scott Schertzer plans to meet with authorities and church leaders to take a closer look at the issues.

Belcher has been charged with criminal trespassing and violating the city’s sign ordinance for allegedly placing the signs where he should not have.

Watch 10TV and refresh 10TV for the latest news.