The humane society has responded to 113 cases of animals left out in the cold temps in the last 3 months. 25 had to be removed from their homes. 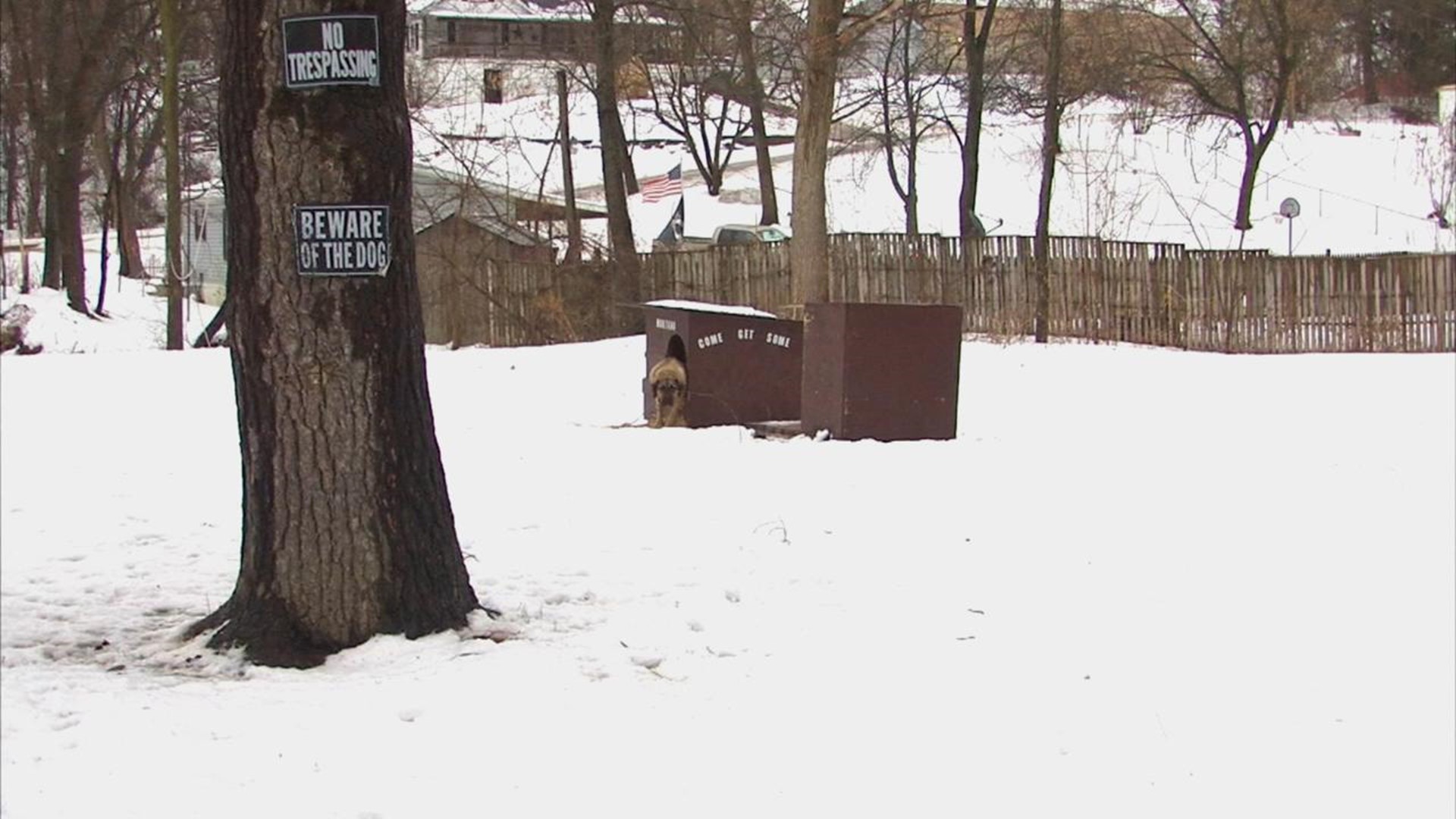 More dangerously cold temperatures are expected this week.  Owners need to be careful, but they need to watch their pets as well.  Some people in Mansfield are trying to get city leaders to recognize that.

The sight of a dog chained outside is something many in Mansfield don't want to see.

"We had two confirmed deaths due to hypothermia, we had six more that were suffering from frostbite," said Richland County Humane Society Director Missy Houghton.

The humane society has responded to 113 cases of animals left out in the cold temps in the last 3 months.  25 had to be removed from their homes.

“You may put a label of an outside dog, (but) that doesn't mean it can handle extreme temperatures of 20 below, 10 below,” explains Dog Warden David Jordan.  “When you look at a dog that's tethered, it’s not a pet, it's a piece of property, a prisoner.”

There is no current ordinance that addresses how long a dog can be tethered or in what conditions.  Linda Swisher is working with Councilman Don Bryant to change that and brought others to speak in support.  “It is something that is so simple and something that is so preventable.  We need this ordinance.”

One woman showed pictures of a dog who's never off a tether or brought inside.  But, the warden says there's not much that can be done.  He pointed to a measure in Cleveland as a model: all dogs may only be tethered for only 6 hours a day and two hours at a time.

If owners don't follow that, it gives law enforcement some teeth to go after dogs in an animal cruelty situation.

The idea is just in the beginning stages and still has to go to committee.  One councilman brought up that changes aren't necessarily a done deal, but the city's law director said he believes drafting a new ordinance is essential.

“It gives the dogs a voice,” Jordan adds.

On Monday, a bill was introduced in the Ohio House to prohibit the tethering of animals outdoors under specified circumstances.