He leaped over a Columbus Zoo barrier and pet wild cougars, now Josh Newell will find himself caged. 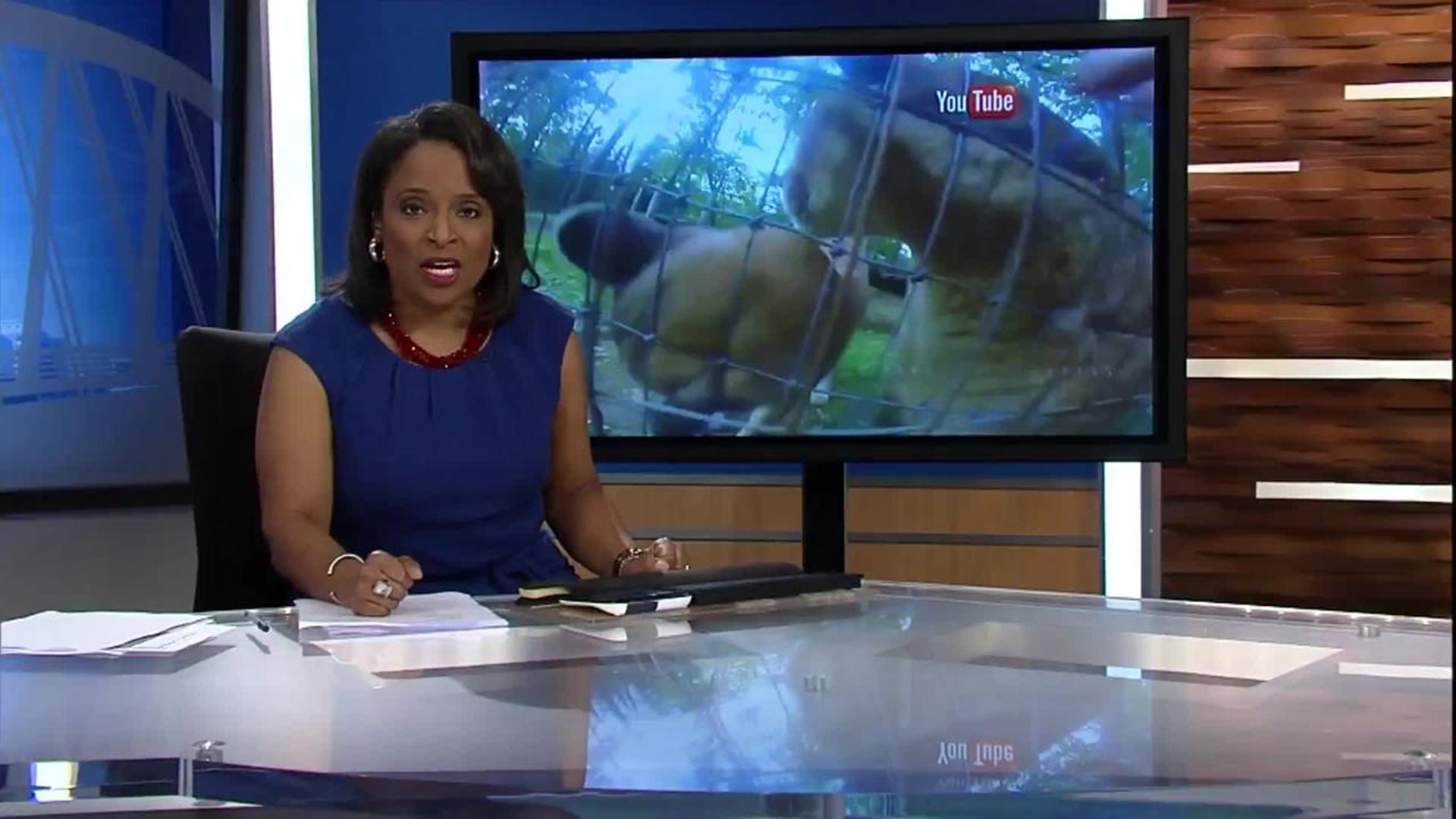 He leaped over a Columbus Zoo barrier and pet wild cougars, now Josh Newell will find himself caged. A Delaware County judge sentenced him to jail time for criminal trespassing after he plead no contest.

The 35-year-old recorded video of himself jumping over a four-foot fence then reached fingers through netting to pet two adult cougars last week.

He posted that video to YouTube and it quickly became viral. Among the more than half-million viewers was zoo officials. They and the Delaware County Sheriff's Office charged Newell with fourth-degree misdemeanor criminal trespassing.

Newell said his love for animals and his GoPro camera unexpectedly came together at the cougar exhibit for what he called the opportunity of a lifetime.

“I don’t know, I said ‘here kitty as a joke’…you know the cat’s not going to come and here comes the cat,” he said. “So I figured if the cat’s going to go out of his way to get some loving, I’m going to go ahead and jump the barrier to show him some love.”

On Wednesday, the Delaware County magistrate decided Newell will pay more than $300 in fines and fees. He was sentenced to four days in jail, with two of those suspended with probation.

Newell emerged from the courthouse with a t-shirt on reading "Cougar love". His friend wore another reading "Make a Wildthing Purr".

He claims he may sell the t-shirts and give proceeds to the Columbus Zoo.

Newell will serve his time August 24 and 25.

“Yeah, I was an idiot for jump into the cougar exhibit, but my thing is, how easy it was to do,” Newell added. “It was so easy.”

Meanwhile, zoo officials said they would prefer not to make changes to the cougar exhibit to let the animals behave as naturally as possible but if there are more incident like this one, they will have to reconsider.